Double Check: Do Amazon Workers Have to Pee in Bottles? 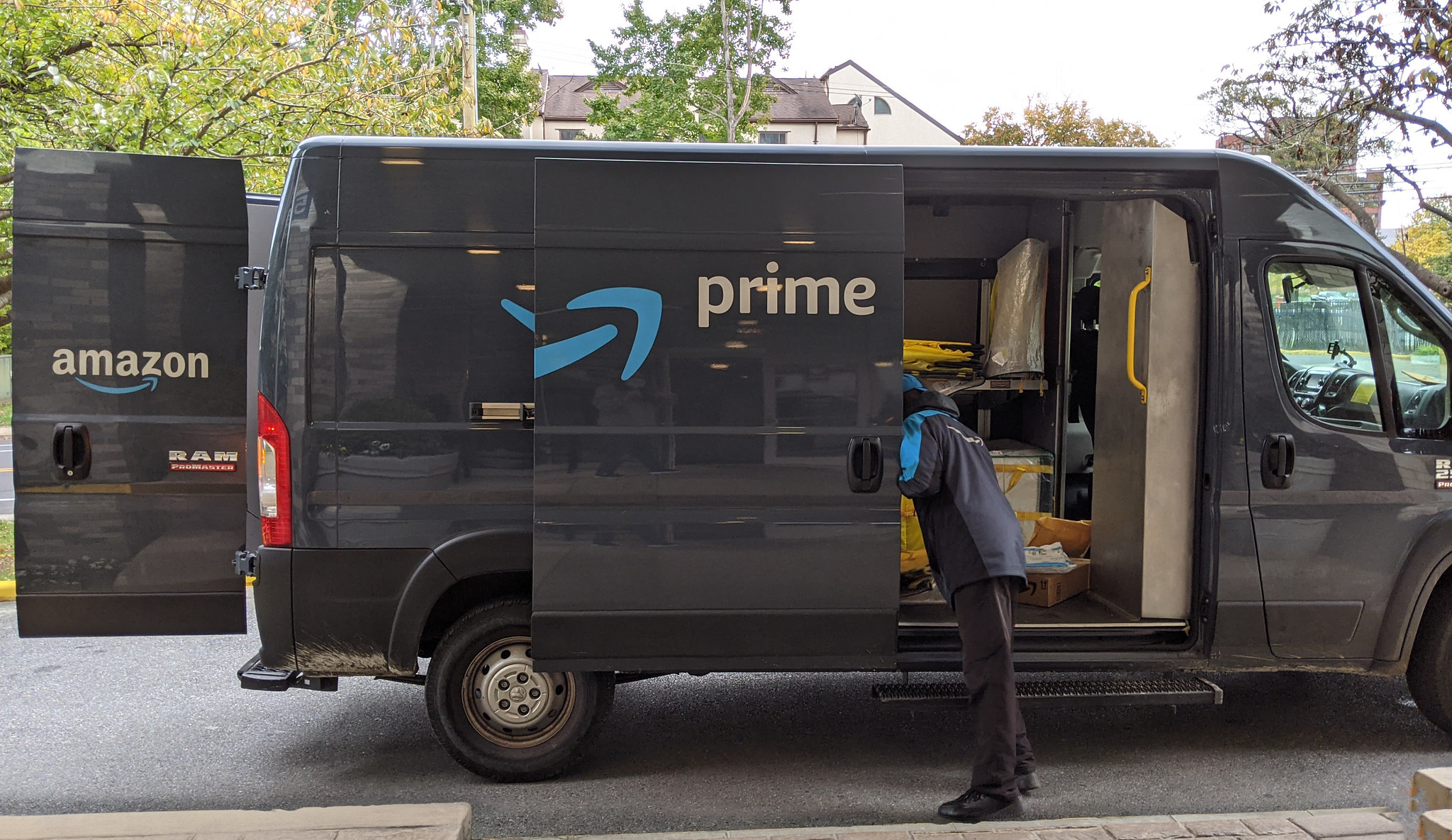 In recent weeks, Amazon — the trillion-dollar company that sells everything from A to Z — has apparently been trying to boost its brand reputation on Twitter. This has entailed the company using questionable accounts to promote claims about employees’ working environments, as well as engaging in a Twitter war with Senator Bernie Sanders: the long-time vocal opponent of the company's working practices as well as the wealth of its founder.

The latter kicked off when the senator from Vermont announced that he was going to visit warehouse workers in Alabama, whose votes on whether or not to unionize are now being counted.

The official Amazon Twitter account — @amazonnews — replied, "You don't really believe the peeing in bottles thing, do you? If that were true, nobody would work for us. The truth is that we have over a million incredible employees around the world who are proud of what they do, and have great wages and health care from day one."

As anyone who has ordered an incredibly small item from Amazon only to receive it in boxes that are big enough to house several people would say: there is a lot to unpack here.

Do Amazon employees have healthcare and great wages from day one?

Despite this apparently being the company line, Amazon’s wages in the U.S. are lower than what is required to live comfortably. According to the MIT living wage calculator, the living wage in the U.S. is $16.54 per hour, or $68,808 per year — and not the $15 per hour boasted by Amazon (and which the company only implemented after increasing public pressure).

As far as healthcare is concerned, Amazon does indeed offer various healthcare plans, but their treatment of sick workers has not been without controversy. For instance, last year, the Guardian reported that Amazon was refusing to comply with California's paid sick leave law meant to prevent COVID-19 outbreaks. Also, a 2013 BBC investigation found that Amazon’s working practices put workers at a high risk of physical and mental illnesses.

Amazon has over a million incredible employees

Amazon has 1.3 million employees. While it is hard to verify if all of these people are "incredible” in the sense of "amazing," we do know that some of the people posing as Amazon employees are hard to believe.

The image below shows a screenshot from a now-suspended Twitter account, @Ok4At —  and a user apparently proving that the account's profile picture is a stock image.

@Ok4At actually turned out to have nothing to do with Amazon at all. He wasn’t a genuine Amazon employee or a fake Amazon employee created by Amazon’s PR department. Instead, he was a troll, trolling away; a fictitious fake account, rather than a real fake account — something that, like a lot of the internet, is confusing and strange.

Amazon has used questionable accounts before, though. The user @KYWeise (whose tweet is depicted in the image below) noted that previously questionable Amazon employee accounts have suspiciously changed names. Of course, we can’t prove that all these people don’t go by several names, but it does rather smell of fish.

Do Amazon workers have to pee in bottles?

As for the “peeing in bottles thing,” it is a rumor that has been circulating for some time.

In a 2019 episode of Land of Giants, a Vox podcast about the controversy of big tech companies, the host interviews a woman who used to work at the now no-more Amazon warehouse in Coffeyville, Kansas. When asked about the “horror story” about employees not even having enough time to go to the bathroom, the former employee responds: “In Coffeyville one time, yeah, there was a guy that did pee in a bottle, but he got reprimanded for that one [...] they don’t stop you from doing that.”

More evidence can be found in a Vice article bluntly titled “Amazon Denies Workers Pee in Bottles. Here Are the Pee Bottles.” The article’s author Lauren Kaori Gurley explains that:

“Delivery workers, who drive Amazon emblazoned vans, often deliver up to 300 packages a day on a 10 hour shift. If they take too long, they can be written up and fired. So spending time locating and using a bathroom is not always an option.”

Vice then elects to show said bottles of pee, which we haven’t included, because pee is gross.

Yet more damning evidence are documents seen by the Intercept that show Amazon is aware employees pee en route and — even more horrifyingly “defecate in bags.” Similar to what was reported by the former employee to Land of Giants, an email shows that the employees are being reprimanded for their bodily functions.

“This evening, an associate discovered human feces in an Amazon bag that was returned to station by a driver. This is the 3rd occasion in the last 2 months when bags have been returned to station with poop inside. We understand that DA’s [driver associates] may have emergencies while on-road, and especially during Covid, DAs have struggled to find bathrooms while delivering.”

This was picked up by Representative Alexandria Ocasio-Cortez, who joined the Twitter war, tweeting that defecating in bags was a “common occurrence” for Amazon’s workers.

What Amazon was doing on Twitter isn’t exactly new or, in many ways, noteworthy. @amazonnews is an account used to promote the company, which includes its 175 fulfillment centers.

In this way, Amazon’s Twitter account is advertising and, as with a lot of advertising, consumers are advised to digest its content with a heavy helping of salt.

That said, when Amazon said that the “peeing in the bottle thing wasn’t true,” the evidence suggests they weren’t being truthful.

Despite the company’s attempts to dampen this story, the truth — much like liquid ingested into the human body — will out in the end.

Former First Lady Michelle Obama, in her keynote speech at the remote Democratic National Convention while talking about the state of the nation under the current administration said that Americans “…watch in horror as children are torn from their...

In my younger and more carefree years, I bought a smartwatch from a very famous online retailer whose name is reminiscent of a large rainforest. The Amazon product arrived a mere day later, in the customary comically oversized box.