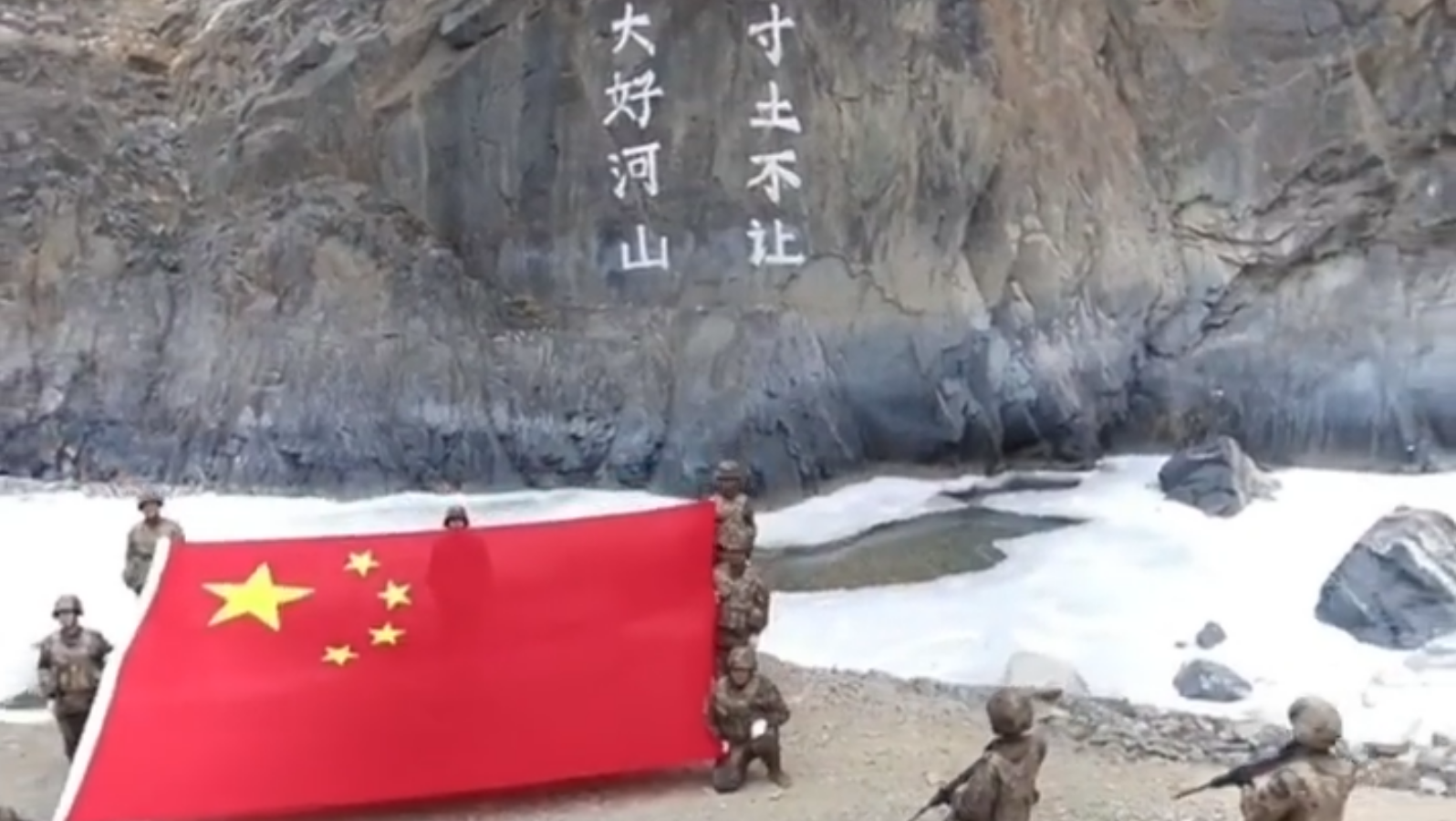 On January 1, a Chinese state-affiliated media Twitter handle posted a video purportedly showing People’s Liberation Army (PLA) soldiers hoisting the Chinese national flag in “Galwan Valley, South-west China.” On January 2, the same account posted another tweet with the caption “never yield an inch of land” alongside a video the account claimed was from the Galwan Valley.

This post caused a furor in Indian social media, and the Indian political opposition alleged that this was Chinese provocation that demanded a response from the Indian government.

However, military sources quoted by various publications including NDTV said that the video from official Chinese social media handles does not violate the demilitarized zone between the two countries in the area.

The Galwan River originates from the disputed Aksai Chin area in Ladakh, currently controlled by China. The river flows from east to west and joins the Shyok river in the Indian territory. The Galwan Valley itself straddles both sides of the Line of Actual Control (LAC). The information from the tweet is likely to be confusing for readers not familiar with the region.

The Galwan Valley remains a contested area – most recently, a deadly skirmish at India’s Patrol Point 14 (PP14) in June 2020 resulted in the deaths of 20 Indian Army personnel and an unspecified number of PLA soldiers. PP14 is identified as the point where the Galwan river takes a sharp ninety-degree turn close to the LAC before entering the Indian territory.

The above image shows the Galwan river (blue line) flowing from the China Controlled side and then beyond the Line of Actual Control (LAC) to join the Shyok river (on the left) in India.

Both the videos shared by Shen Shiwei show a mountain with markings. The video posted on January 2 shows a bridge across the river. Using satellite imagery, we were able to locate a bridge at a topographical region that matched the video.

This bridge is located approximately 1.3km from India’s PP14.

These markings on the mountain seen in both videos translate as “not giving up an inch of land. Great rivers and mountains” and are also mentioned in the tweet.

A day after these images were released, the Indian Army released images with the Indian flag in the Galwan Valley. A Times Now report erroneously stated, “While the Indian Army soldiers can be seen holding the Tricolour in snow-capped Galwan Valley, the Chinese soldiers were not in an area that had snow on the ground or peaks when they unfurled their flag.” This seemed to fuel the idea that the Chinese video was fake.

So did China raise its flag on New Year’s day in the Galwan Valley? Yes, but along the part of the Galwan Valley that lies in territory controlled by China. Did this affect Indian sovereignty as claimed by many in India? No, because it was raised in Chinese-controlled territory.

The content that goes viral on TikTok seems to be getting ever more abstract: on August 23rd, 16 year old Gracie Cunningham posted a video asking various questions about the validity of the entire pursuit of mathematics. Gracie begins “I was just...

Double Check: Why Did People Believe Woolworths Was Returning to UK High Streets?

Article by Edie Miller and research by Joe Ondrak

A Twitter account announcing the relaunch of the UK high street chain Woolworths went viral yesterday, convincing lots of excited shoppers (and even some media outlets) before being quickly disproved...