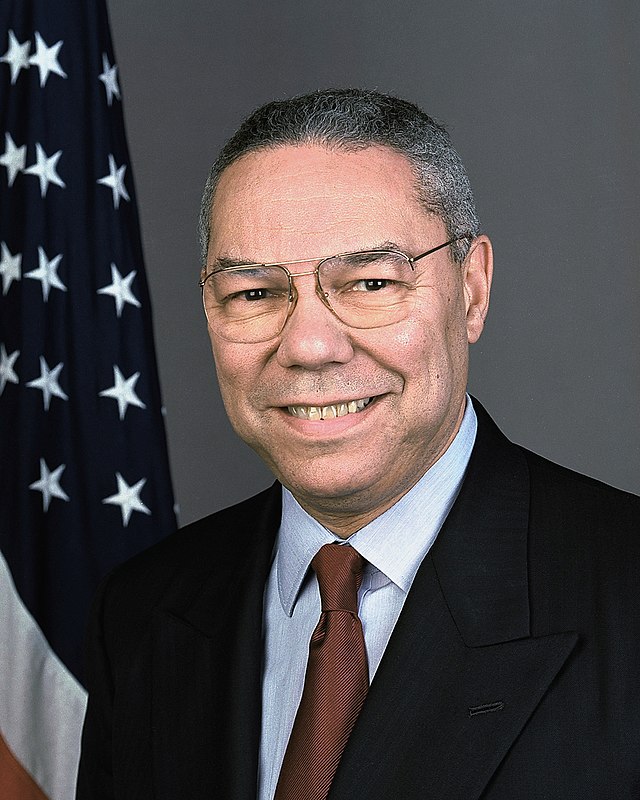 If you’ve seen headlines, you know that Colin Powell, the first Black U.S. Secretary of State, who was fully vaccinated, has died of COVID-19 complications. But what you may not have read just below the fold is that Powell was at greater risk from COVID-19, as he was suffering from multiple myeloma, a type of bone marrow cancer. The cancer made him immunocompromised.

When the story broke, many media outlets failed to put this relevant piece of information in the headline.

In the case of Powell's death, we found that the anti-COVID-vax community on Telegram was sharing mainstream news articles to promote vaccine hesitancy. Even on Twitter, people were using tweets that lacked context to disseminate vaccine disinformation.

A post shared in multiple anti-COVID-vax Telegram channels and groups, the largest of which had 70k members.

A Twitter user replying to a candidate for a Florida Republican politician.

Several network anchors and politicians used the story to question the vaccine's effectiveness. Fox News anchor John Roberts, who has over 200K followers, tweeted that Powell's death "raised new concerns about how effective vaccines are long-term." After receiving an online backlash, he deleted the tweet. "He died as he lived: trusting the experts", tweeted Andrew Kloster, a former official in the Trump administration. Sinclair’s Sharyl Attkisson was found promoting vaccine hesitancy on Twitter.

However, several media personalities, including Pink Sheet's Sarah-Karlin Smith and disinformation journalist Nina Jankowicz, criticized the inaccuracy in mainstream headlines news coverage around Powell's death. In a Twitter thread, Jankowicz pointed out the lack of "due diligence" in reporting Powell's COVID-19 vaccination status while omitting the detail about his weak immune system.

Headlines might be the only thing a reader encounters, especially in the age of social media. According to the Washington Post, a 2016 study by the French National Institute and Columbia University confirmed that almost 60 percent of links shared on social media had never been opened. Improperly written headlines by themselves can be used to reinforce disinformation narratives, and the effect can be much stronger if these narratives are hijacking the credibility of an established media outlet.

New research from Logically shows that German-language conspiracy groups on Telegram in the DACH region (Germany, Austria, and Switzerland) have raised at least €284,678 ($337,660) for conspiracy and...

How Media Drove Conspiracies About The Burari Deaths

The strange case of the Burari deaths was finally closed by Delhi police at the end of October. No signs of foul play, they concluded — the 11 members of the Chundawat family had killed themselves in a deadly ritual from which they believed their...