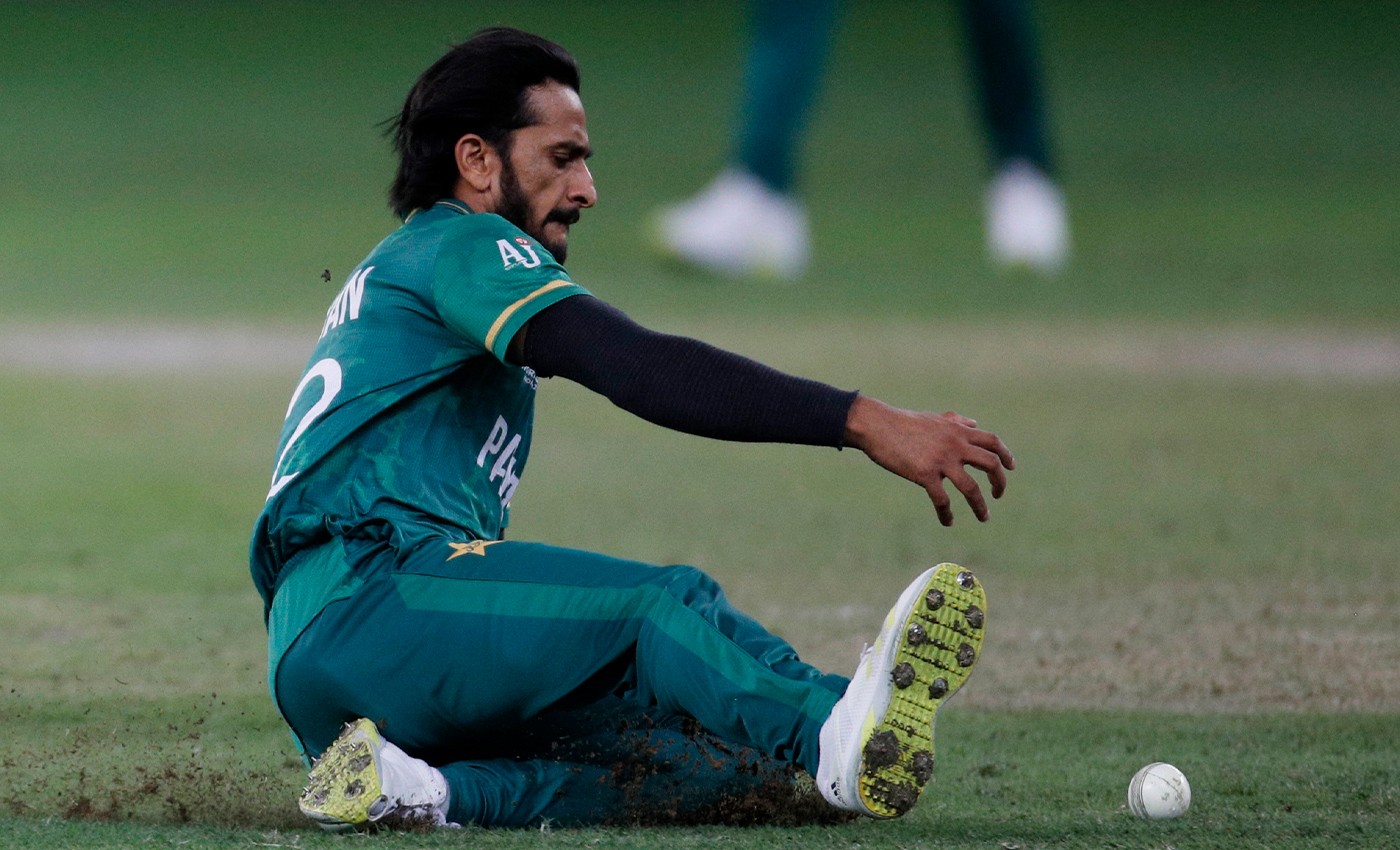 A dropped catch by Pakistani cricketer Hassan Ali during this year’s T20 cricket World Cup semifinals at a pivotal point in the game against Australia paved the way for vicious trolling against him. Or perhaps that is what Indian users on social media tried to project. Although Ali was subject to immense scrutiny and criticism, Indian Twitter was quick to jump to the conclusion that the cricketer was targeted for being Shia, a Muslim minority in Pakistan that has seen an unprecedented rise in attacks in the past few years.

Leading the narrative were major media organizations and right-leaning verified Twitter accounts. OpIndia, a right-wing site that routinely spreads misinformation, went with the headline, “Pakistanis abuse bowler Hasan Ali for being a Shia Muslim” explaining that “Islamists do not leave any chance to abuse the Shia community for any misfortune that befalls the country.” Similar narratives were posted by verified users and shared widely by Indian accounts.

Many of these media outlets and users failed to fact check that Ali is not a Shia Muslim.

In addition to clocking in a record-breaking 167 million viewers in the India vs. Pakistan match, this year’s tournament also saw newer forms of propaganda between the two countries. Cricket has become increasingly infused with nationalism and religion, with profiles using this historic sports rivalry to vilify their neighboring country.

As Ali was attacked on social media, Indian users were quick to show solidarity for the cricketer via activity that replicated a disinformation campaign, involving Indian users first highlighting the trolling based on religious lines, then using sock puppets to spread the narrative. Indian users shared screenshots of Pakistani accounts allegedly abusing the cricketer and his partner, Samiya Arzoo, an Indian national. False narratives were spread that the couple was being threatened for Arzoo’s nationality. The #IndWithHasanAli and #IStandWithHasanAli were also trending on Twitter. Upon the revelation that Ali’s religious identity had been misrepresented, several verified deleted their tweets, but many have left the false claim on their timelines. Below is an example of one such post by TV journalist Rubika Liyaquat who has 3.5 million followers on Twitter - it still remains on her timeline.

Translation: These Pakistanis, they’re blaming Hasan Ali’s poor performance on him being Shia and his wife being Indian. They are hurling abuses. This is incredibly ridiculous and absurd.

Amid the controversy, a user posing as Arzoo by taking her image and name on Twitter made a series of tweets appealing to “Pakistani fans to stop attacking our family”. The tweet on the fake account said, “I do understand the depression of cricket fans, but it is part of the game. I also feel sorry that a majority of Pakistani fans think me as Indian agent/unlucky. My husband certainly didn’t miss the catch because he is a Shia. So please let us be safe and don’t attack us.” This thread was used by several Indian accounts and sock puppet accounts to further propagate the narrative that Pakistani cricket fans were attacking Ali and Arzoo’s religious and national identity.

However, Arzoo later clarified on Instagram that she did not have a Twitter account. Stating that neither she nor her husband or daughter received threats from the people of Pakistan, Arzoo wrote, “So many tweets circulating from this fake account that I, Hasan and my daughter are getting threats from the people of Pakistan, which is absolutely wrong.” She added, “Instead, we have seen tons of support. Please don’t believe any such statements and don’t follow any such accounts on Twitter pretending to be me.”

This is not the first such instance of sports being used to spin narratives owing to India and Pakistan’s geopolitical hostility. In the recent T20 World Cup when Indian Muslim bowler Mohammed Shami was abused on social media after India’s loss to Pakistan, an organized effort to blame anonymous Pakistani accounts for targeting Shami was launched. Indian cricket team captain Virat Kohli was also trolled and his daughter threatened for coming out in Shami’s support against trolls attacking his religion. A now-deleted Twitter handle ‘Amena @criccrazyygirl’ posted a tweet where the user threatened to sexually assault Kohli’s daughter. It was claimed that it is a Pakistani bot account. However, an AltNews fact check found that the account had changed its username several times, and listed several examples that clearly indicated the account was not based from Pakistan but from India.

While it may not be uncommon for sportspersons to be subject to scrutiny and hateful comments in both Pakistan and India, cricketers tend to be at the receiving end more routinely owing to the game's massive popularity in the South Asian continent. With heightened tensions between both countries, the sport is also used to aggressively push narratives against the other. From nationalistic sentiments being triggered, to religion-based attacks, to claims of cricketers that perform poorly being agents from the neighboring country, and even death threats, no conspiracy has been spared in this gentleman’s game.