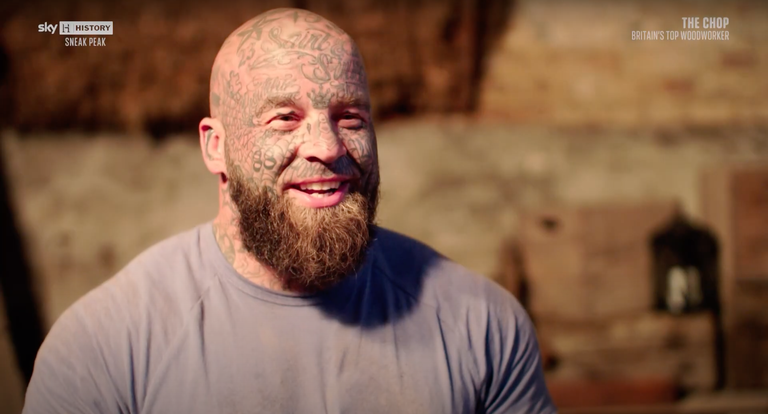 Earlier this week, the TV Channel Sky HISTORY’s twitter account posted a short promo video for a competitive reality show called The Chop. The show is a competition to find Britain’s best woodworker, described as “doing for carpentry and woodwork what The Great British Bake-Off did for cakes”. The video in question showed host Lee Mack chatting with one of the contestants, a heavily tattooed carpenter named Darren.

However, the reception to the promotional clip took a turn when social media users spotted that several of Darren’s tattoos were symbols commonly used by neo-Nazis and white supremacists. Particularly prominent is a tattoo on Darren’s cheek of the number 88, often used in neo-Nazi circles to denote the phrase “Heil Hitler,” because H is the eighth letter of the alphabet. The Anti-Defamation League’s (ADL) Hate Symbols Database lists this as “one of the most common white supremacist symbols”. Also present on Darren’s face and head are the numbers 23 and 16, which signify white power, based on the same numerical system. A view of the top of Darren’s head shows the number 14, often used to refer to the ‘14 words,’ a white supremacist slogan coined by the terrorist David Lane. 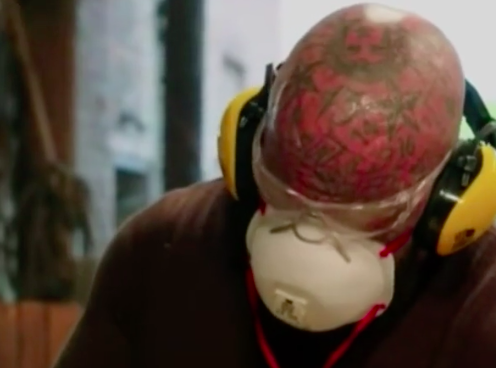 Sky HISTORY first responded to criticism on Twitter by saying “Darren’s tattoos denote significant events in his life and have no political or ideological meaning whatsoever. Amongst the various numerical tattoos on his body, 1988 is the year of his father’s death.” The channel also insisted that they had carried out “extensive background checks” on all contestants.

The claim that the ‘88’ tattoo was representative of the year Darren’s father died is important here, as it was Sky HISTORY’s attempt to get out of hot water. But had the channel been fed a lie? Our investigator Joe Ondrak traced Darren (full name Darren Lumsden) via publicly available records that showed he was born in the Bristol in 1979. Darren’s father was a Trevor A Lumsden, resident in Bristol at the same time. 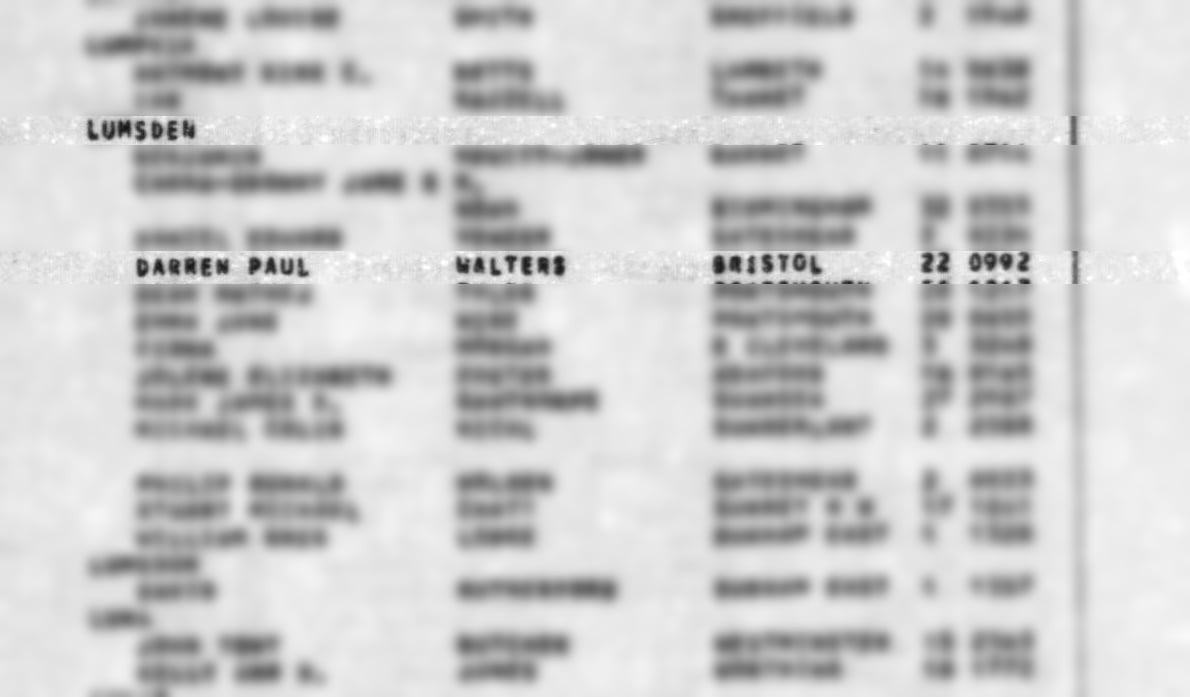 No death record for such a name exists in the Bristol area in 1988, but we did find a Trevor A Lumsden on the electoral roll at a Bristol address between 2002 and 2011. We’ve blurred the names of the other residents, however the records show several different surnames, which suggests the residence may have been a care home or similar facility. Again, we found no death record for a Trevor Lumsden in the Bristol area around this time [Update: shortly after we published Trevor was  interviewed by the UK Daily Mail, and has confirmed to their reporter that he is "not dead yet"].

Logically also contacted Jon Hyams, a former employer of Darren’s who runs a company in Bristol building staircases. Jon said that Darren, who worked for him in 2008, was a “good kiddy,” with no ties to the far right that he could remember, though he thought he had “gone off the rails a bit” since then. He also said that Darren was always very keen to become famous, and had participated in an earlier reality TV show on Channel 4. Darren was partial to a tall tale or a bit of exaggeration, according to Jon, who said that the comment about his dad’s death should be “taken with a large pinch of salt”.

If it seems unlikely that the ‘88’ tattoo was truly related to Darren’s father, how sure are we that it represents neo-Nazism instead? Matt Lodder is a Senior Lecturer in Art History at the University of Essex, and specialises in the history of tattooing. He told us: “ One ‘88’ I can excuse -- some people just happened to be born in 1988, or whatever. But if it's a coincidence that every single one of his numerical tattoos happens to be meaningful in neo-Nazi circles, it's a hell of a coincidence.” What about other possibilities? “It might be the case that he's just taken aesthetic inspiration from US neo-Nazi prison gang tattoos because he thinks it's a cool look, and he's not a committed Nazi. But if that's the case: play stupid games, win stupid prizes”, Matt said.

Sky HISTORY have since deleted their tweets defending Darren’s appearance on The Chop, and have promised to carry out a fuller investigation than their previously “extensive” background checks, in order to determine the true nature of Darren’s ideological commitments. Until then, they will not be broadcasting any episodes of the show.

So what else is Darren being less than honest about? One thing that stuck out was that when we told Jon, Darren’s former boss, that Darren was competing on a show looking to find Britain’s best woodworker, he laughed and was very keen to tell us about another former employee, Andy, who he thought would have made a much more plausible contestant for the title.

Double Check: Should We Actually Worry About the Cost of Net Zero?

From October 31, the 2021 UN Climate Change Conference, also known as COP26, will get going. But rather than focusing on how we can reach climate targets, several U.K. commentators have asked if it’s economically feasible at all. A lead for The...

Double Check: Can the Government Keep Energy Prices Down?

This week, the U.K. government announced that the energy price cap is expected to rise by more than 50 percent this year, coming in at almost £2,000 per year in April from an average of £1,277 in winter 2021.