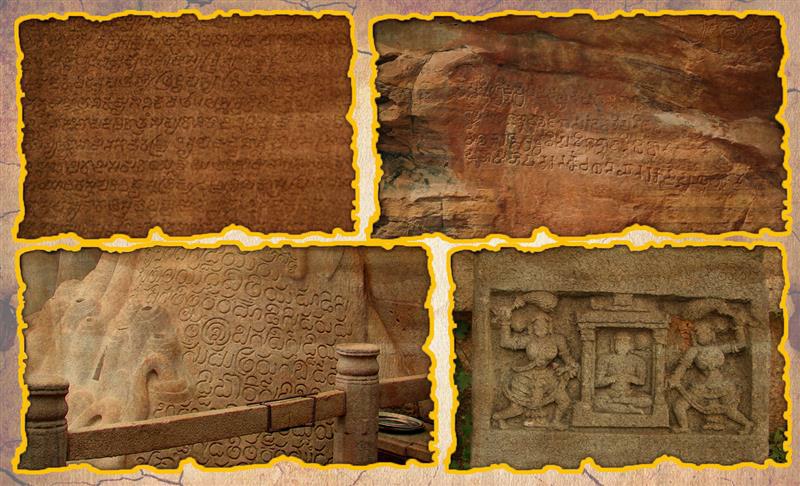 Karnataka’s BJP-led state government recently granted Rs 320 crore ($43 million) to build a Sanskrit university. The state government plans include building a campus over 100 acres of land in Magadi, Ramanagara. Though the Karnataka Samskrit University was established in 2010, during the tenure of the previous BJP government, the university does not have a permanent campus of its own and currently functions out of a building in Sri Chamarajendra Samskrita College in Chamarajpet, Bengaluru.

The furor of the pro-Sanskrit organizations came in the wake of the Karnataka state government's decision to mandate teaching Kannada as one of the two languages in the first two years of undergraduate education — a decision based on the Union Education Ministry's New Education Policy 2020. Following the government order, four pro-Sanskrit organizations, including the Samskrita Bharati Karnataka Trust, moved the Karnataka High Court and sought revocation of the same. In an interim decision in December 2021, the court directed the government to "not compel students" who do not wish to pursue the Kannada language till further orders. However, in a fresh order on January 22, 2022, the state government urged the universities not to mandate the language for undergraduate students for the academic year 2022–23.

The plans to build a Sanskrit university have sparked controversy, with politicians, writers, and scholars joining the debate and questioning the government’s inaction towards repairing the Kannada University, which they claim has been “paralyzed” due to a shortage of funds. The issue has also spread on Twitter, with social media users voicing their opinion with the hashtag #SayNoToSanskrit.

Speaking on the controversy, Pratap Simha — BJP MP from Mysore-Kodagu Lok Sabha Constituency — said, “Sanskrit is the mother of all the languages. Dr. BR Ambedkar had also proposed making Sanskrit the national language. I do not think anyone opposing the move to build the university is bigger than Ambedkar…You cannot keep Sanskrit away from our culture, language, and tradition.”

This is not the first time such claims have been made about the Kannada language. A 2017 tweet by veteran BJP leader Subramanian Swamy read, “Learning Kannada means learning 60 percent Sanskrit vocabulary and 15 percent common words of Tamil & Telugu.”

However, linguists agree that Kannada derives from a completely different language family than Sanskrit: the Dravidian family, whose languages were present on the subcontinent before Indo-Aryan languages such as Sanskrit. These days, the 80 Dravidian languages have about 220 million native speakers, and all five of the classical languages of South India – Tamil, Kannada, Telugu, Malayalam and Odia – are in the Dravidian family.

Speaking to Logically, writer and former civil servant P.A. Krishnan, who publishes in both Tamil and English, said, “The claims that Kannada originated from Sanskrit are absolutely baseless. Kannada belongs to a separate group of languages — the Dravidian family. The Dravidian group of languages is distinct from the Indo-Aryan branch of the Indo-European family to which Sanskrit belongs.”

Each language family has a different common ancestor, such as proto-Indo-European or proto-Dravidian. By looking at historic migrations of people, and comparing it to how languages change over time, linguists have been able to reconstruct which languages are descended from which others. The Indo-European people, for instance, can be traced to settlements surrounding the Black Sea around 3500 BCE. They gradually spread throughout Europe, Central Asia and the Indian Subcontinent, and languages as diverse as Sanskrit, Farsi, Latin, Russian and English can all be traced back to proto-Indo European. Knowing how different languages change sounds over time can also reveal familial connections between words. For example, the English words “cycle” and “wheel,” and the Sanskrit “chakra,” all come from the same proto-Indo-European word.

According to the Karnataka government’s website, Kannada has at least three well-defined regional dialects – Mysore-Kannada, Dharwad-Kannada, and Mangalore-Kannada – which are spoken in the three respective cultural centers of Karnataka. The written characters of the language are derived from the Brahmi script, which is the parent script for all modern Indian languages, first popularised all over India through the edicts of Asoka. The earliest form of Kannada script is found in the Halmidi inscription dated 450 CE, but the Kannada script has been changing continuously; the present Kannada script is the result of such evolutionary changes for over 2,000 years.

That said, according to Professor Ramesh C. Bharadwaj, who heads the department of Sanskrit at the University of Delhi, Sanskrit has influenced all modern Indian languages:

“Every modern Indian language has been influenced by Sanskrit. Kannada belongs to the Dravidian family of languages; however, in the last 1000-1500 years the journey that the Kannada language went through was completely on the basis of the Sanskrit language… Around two hundred years ago, most Indian languages named their technical inventions after Sanskrit words.”

Krishnan concurred. “Every Indian language is somehow related to Sanskrit, and have been influenced by it as they evolved,” he added. “However, it doesn’t mean that they originated from there.”

But this could be a two-way street. According to an article in the Royal Society Open Science journal, Dravidian languages may have influenced Vedic Sanskrit as well. The Royal Society article suggests that the Dravidians were already present in the Indian subcontinent when Indo-Aryan-speaking peoples entered India around 1500 BCE, and that these language families mixing meant that each adopted some features and vocabulary of the other.

Though the debate over the two languages flared up over the issue of Sanskrit University, a precursor to the move was a campaign called Ellara Kannada (Everyone’s Kannada) where several local activists sought to “sanitize” the Kannada vocabulary and replace Sanskritized words with Kannada, as reported by the Print.

In February 2020, Union government data revealed that the government spent Rs 643.84 crore on promoting the Sanskrit language in the last three years, 22 times the combined spending of Rs 29 crore on the other five classical South Indian languages of Tamil, Kannada, Telugu, Malayalam, and Odia.

Last week, I showed a video to a select few of my colleagues. “What did I just watch?” one asked. “Is that a zoomed-in quote from Mike Yeadon?!” another said. I explained to the former colleague that she had just watched an anti-vax rap battle video...

The Karnataka state government earlier labeled the Pythagorean Theorem “fake news” in its proposal for the curriculum under the National Educational Policy (NEP) earlier this week. According to The Times of India, the proposal encouraged all...