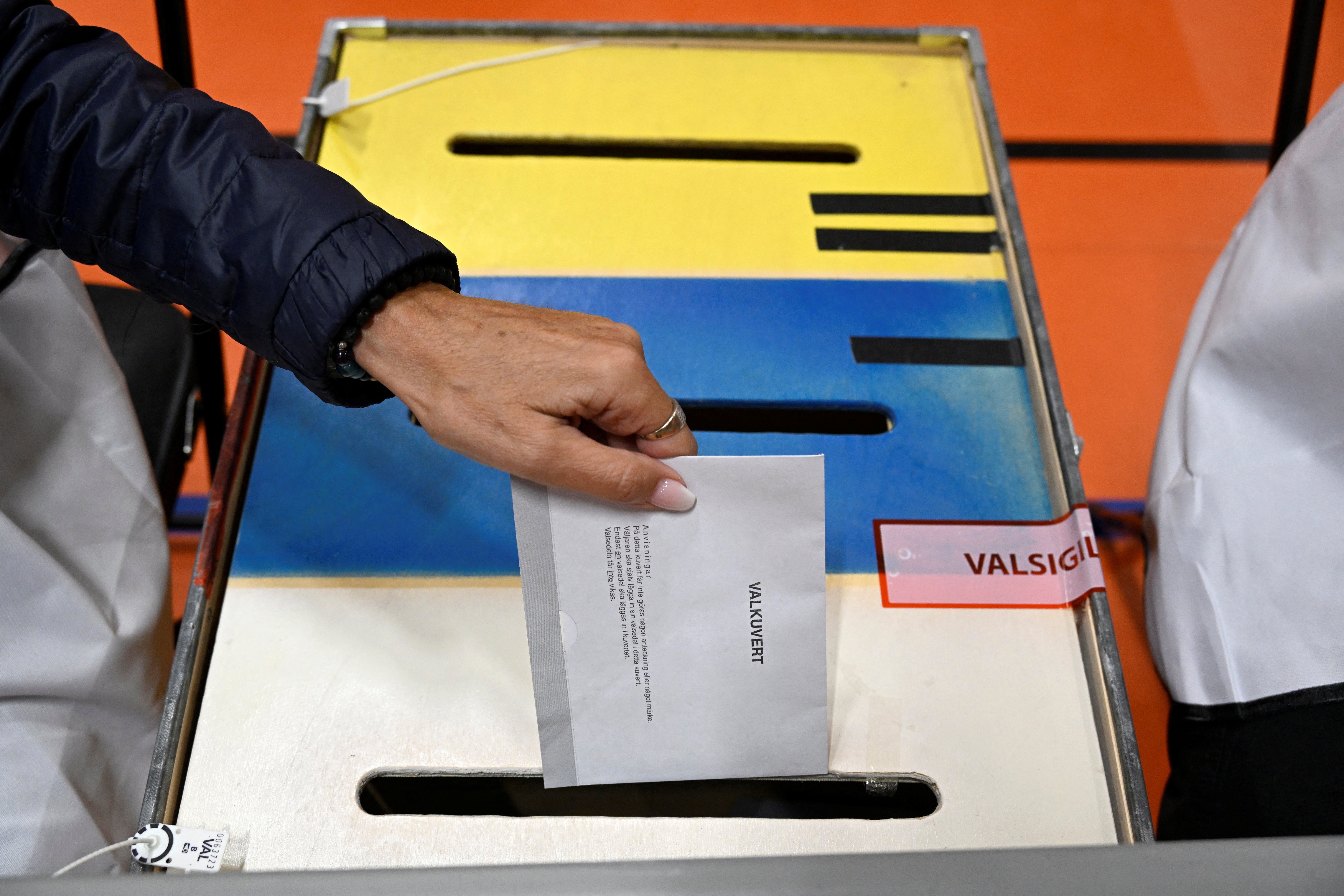 There was no clear winner on the evening of the Swedish general elections on September 11, 2022. The election will be decided on Wednesday when votes from Swedes abroad and courier votes have been counted. Currently, only one parliamentary seat, favoring the right, differs between the two sides. The clearest winner is the far-right party Sweden Democrats, which became the second-largest party, with 95 percent of the votes counted. But, the election has been a tumultuous one, and in the run-up, parties were accused of spreading misinformation online, with some suggesting evidence of foreign troll farms and bots – but the data has yet to be fully published and verified.

On August 31, journalist Mattias Beijmo published an opinion piece in the left-leaning paper Aftonbladet, arguing that the Swedish election campaign had been manipulated on Twitter. Beijmo's piece focused on data provided by Albert Escorcia, a journalist specializing in disinformation, which provided an analysis of the Swedish election campaign on Twitter at Aftonbladet’s request.

The article says that Escorcia's analysis showed signs that the election was being manipulated, exemplified by two tweets in the article. The first was from Tobias Andersson, legal policy spokesperson for the nationalist and right-wing populist Sweden Democrats, who tweeted a picture of a commuter train painted in the party's political colors for a PR stunt. The caption read, "Welcome to the emigration train. You have a one-way ticket. Next stop, Kabul!" The tweet attracted criticism for being xenophobic.

According to Escorcia, 26 percent of the retweets to Andersson's tweet were manipulative, coming from automated accounts or coordinated troll farms.

The second tweet was a more distinct example of coordinated Twitter activity in Sweden, Escorcia claimed. It was from Hanif Bali, a member of the liberal-conservative party Moderaterna. Bali's tweet, mocking the liberal-center party leader Annie Lööf, was instantly retweeted around 200 times, showing typical patterns of active troll farms, which Escorcia believes originate from Poland.

Additionally, Escorcia argued that Moderaterna's official tweets in favor of nuclear power – amid an ongoing energy debate in Sweden – were affected by coordinated activity. The article concluded that the vast majority of Twitter manipulation is performed by the Swedish right-wing, causing Swedish voters on Twitter to receive a skewed image of the political debate. According to Escorcia, it was beyond doubt that Sweden was affected by coordinated manipulation; that this activity was worse than in Mexico; and that Sweden was like a "banana republic." Aftonbladet subsequently handed the data to Twitter in an effort to tackle the issue.

The article gained a lot of attention in Sweden, with the Swedish left-wing taking it as more proof  that manipulations were occurring during the election. Five days prior to Beijmo's piece, the left-wing newspaper ETC ran an article concerning Sweden Democrats having built secret troll armies from their youth party. The article acclaimed these "armies" often received direct orders from the party leadership to attack specific politicians or subjects online. Both the Sweden Democrats and Moderaterna denied the allegations. In response to Beijmo's article, Hanif Bali called Escorcia an activist and said the allegations were unacceptable.

While the left rejoiced and the right was furious, a small group of journalists and scientists began questioning the legitimacy of Escorcia's data based on the lack of transparency surrounding his methodology. Jack Werner, a journalist at Källkritikbyrån, found the article intriguing, but with caveats: it was an opinion piece, lacked methodology, and the expert was unknown to Sweden. Werner also questioned why, if this data was accurate, nobody else had seen it – for example, the Swedish Civil Contingencies Agency and the Swedish Psychological Defense agency. Ulrika Hedman, a senior lecturer in journalism, media, and communication, also queried the methodology, particularly the selection of material, time frame, and analysis methods.

In response to these criticisms, the article was updated with a note regarding the methodology. In an effort to bolster the study's credibility, Escorcia also tweeted a YouTube link where he explained the difference between the organic and non-organic spread of activity. The response was lackluster, criticizing the lack of depth in the added explanation. For Werner, there were still questions about the connections to Poland, time frame, and material selection. Logically contacted Escorcia for further comment, and he referred us to an article published in the independent liberal newspaper Expressen, which covered some of the monitoring details. He had been monitoring social media using a variety of hashtags for over two months, he said, and the data showed clear signs of manipulation. He has also published parts of the data on his page, Lo Que Sigue. The data has yet to be verified by independent examiners.

The article does not strictly reveal who is behind the manipulations of the Swedish general election on Twitter. It indirectly accuses the Sweden Democrats due to the disclosure of similar behavior and actions on social media. It also implies, through contextual arguments, that the campaign is similar to other countries, where think tanks and political organizations that receive funding from affluent individuals have influenced elections.

The 2016 U.S. presidential election was a wake-up call to Sweden, much like the rest of the world, and many resources have been deployed to strengthen election integrity by the Swedish election agency and other related government agencies. In January 2022, Mikael Tofvesson, Head of Operations at the newly created Psychological Defence Agency, noted that the increased resilience to malign foreign information among the Swedish populace had led foreign actors to change their strategies. By locating domestic actors in a targeted country, foreign actors can mask themselves behind domestic actors by reinforcing their messages and strengthening the narrative to meet the needs of foreign interests.

Coordinated manipulation and bots and trolls can change the outcome of elections and denigrate the integrity of elections, as seen clearly in the U.S. elections of 2016 and 2020. But, it can also be a politically charged weapon to accuse another party of manipulation while in itself being a manipulation. The example of Alberto Escorcia and Aftonbladet shows how the accusation can be used as an argument rather than a confirmation of coordinated manipulations. The fact that the study was posted as an opinion piece rather than a factual report of the data meant that the data was used primarily as a political weapon, not as a tool to tackle coordinated manipulation as an overall issue. Escorcia continues to publish data on his blog about the Swedish election, but without independent verification it's hard to say definitively what happened.

The issue resembles the spread of political messages as information by hiding behind academic merits and science, a tactic commonly used by climate change deniers. Using the accusation of political manipulation as a political weapon is dangerous ground that should be trodden carefully. As with the boy who cried wolf  – don’t cry manipulation without the published data to prove it.

Sputnik is aiming to discredit both the Black Lives Matter movement and sow discord between different elements of the Democratic Party and their support.

Disclose.tv, a disinformation outlet based in Germany, is bringing fake news to a timeline near you. Although it now presents itself on social media as a reliable news source, Disclose.tv originated as a...