Double Check: Did AntiFa Storm the US Capitol? 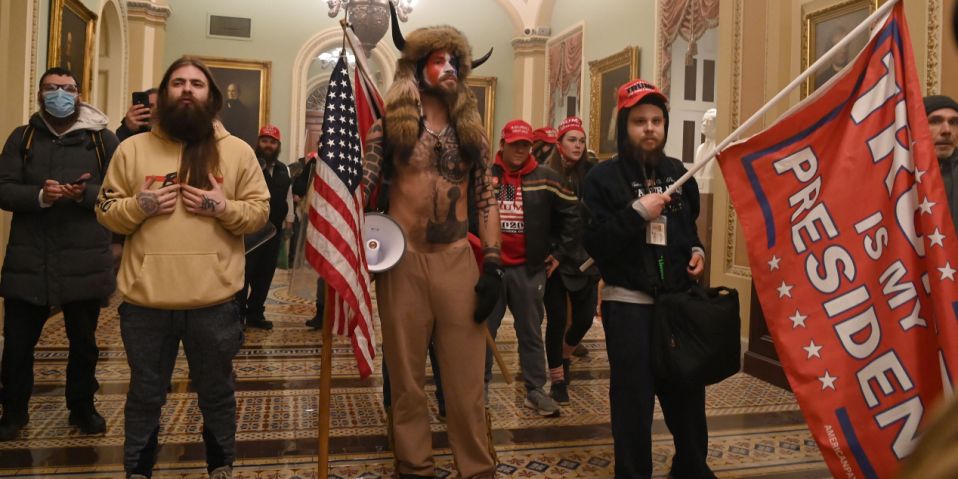 Following the storming of the U.S. Capitol Building by Trump supporters yesterday, social media users loyal to the president have attempted to distance themselves from the widely condemned events by claiming that many of the people who forced their way into the building were not Trump supporters at all, but “false flag” actors and members of AntiFa. There is no credible evidence that the individuals who stormed the building were anything other than Trump supporters wishing to overturn the result of the election.

Jake Angeli, also known as the QAnon Shaman, got his 15 minutes of fame after he was captured storming the Capitol Building on Tuesday. Angeli attracted media attention with his unusual look: he was shirtless, tattooed, and wearing a horned hat and face paint.

Angeli was identified as a 32-year-old actor from Arizona. Angeli is an active Trump and QAnon supporter and has participated in many rallies in his home state.

False claims that Jake Angeli is affiliated with the Black Lives Matter movement.

However, as the events in the Capitol descended into violence, Trump supporters attempted to disavow Angeli as one of their own. Far-right social media users on Twitter and Telegram claimed that Angeli was an AntiFa activist sent to the Trump rally to provoke violence. The supposed “evidence” for this is a photo of Angeli attending an Arizona Black Lives Matter march in June 2020. In this photo, Angeli indeed is photographed during the BLM march wearing his shaman's outfit. But the photo was cropped: in the original image, Angeli can be seen holding a sign that reads "Q sent me" and “Hold the line patriots, God wins.” It’s true then that Angeli was present at a BLM march, but he was there as a counter protester. 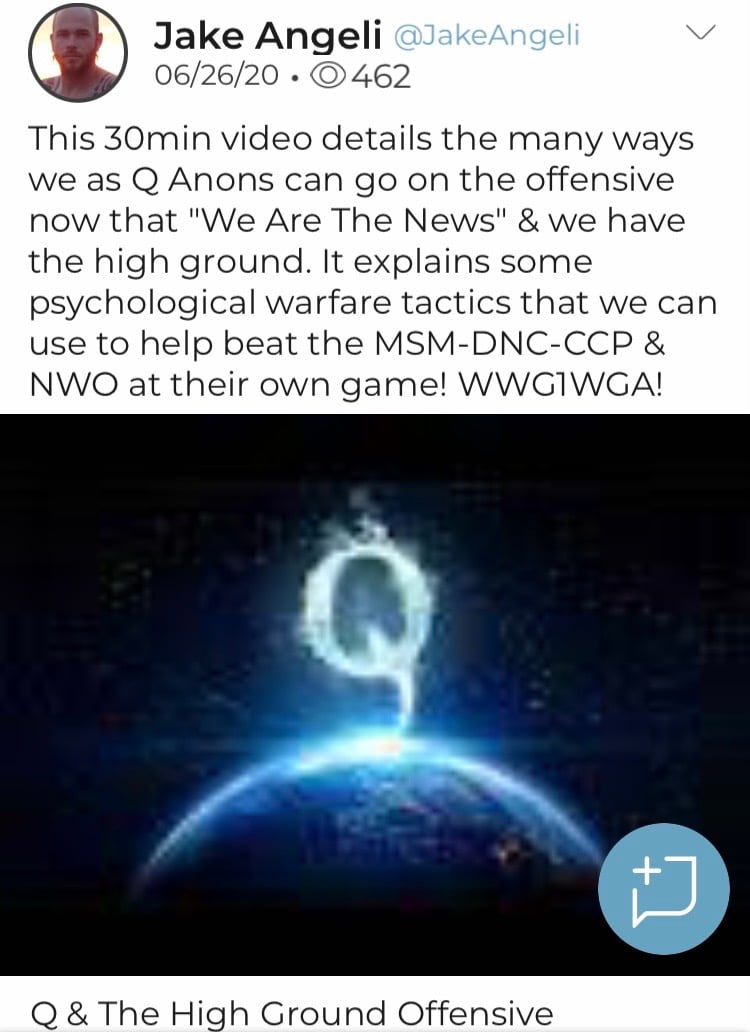 Angeli has been involved with QAnon for several months at least.

The idea that violent Trump supporters are always and exclusively "false flag" actors supported by AntiFa is a common trope in far right and conspiracist circles, a myth made somewhat more persistent by the fact that "AntiFa" describes a loose coalition of anti-fascist groups, and not a specific group with a defined membership; as there is no "official" AntiFa organization to repudiate claims of membership, such claims continue to flourish despite having never been substantiated. Another supposed leftist present in the Capitol was a bearded man wearing a tan hoodie, seen pictured next to Angeli. Of interest to Trump supporters was the tattoo on his right hand, which many claimed was a hammer and sickle, the symbol of the Soviet Union which is still used by some leftists today to demonstrate their allegiance. Once again, the claim was that this individual was not in fact a Trump supporter, but a left-winger intending to pose as one and stir up trouble. 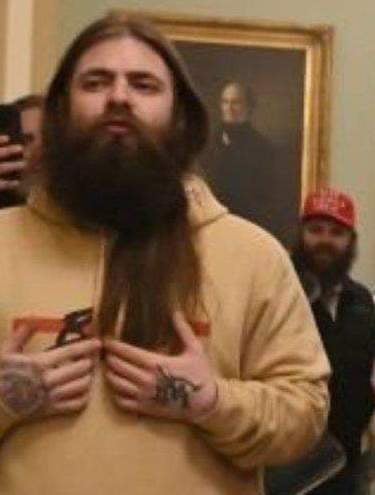 The tattoo on the man's right hand was used to evidence a false claim.

The tattoo however, is not a hammer and sickle at all. Instead, it is the “mark of the outsider,” a prominent symbol worn by the protagonist of the video game Dishonored. There’s no credible evidence that the bearded man is a communist, what he does seem to be is a gamer. The game’s director, Harvey Smith, tweeted in response to the claim that the tattoo revealed the man as an AntiFa member:

Some outlets claim to have identified this individual as Jason Tankersley, a known neo-Nazi and boxing gym owner from Baltimore. This is most likely inaccurate. The pair are both bearded but otherwise bear only a passing resemblance to each other. In addition, the Dishonored symbol is a fairly common tattoo, and the tattoo on the individual’s left hand doesn’t match the one shown in Tankersley’s social media pictures. The true identity of the individual is still unknown.