Double Check: Did a Record Number of Migrants Cross The Channel? 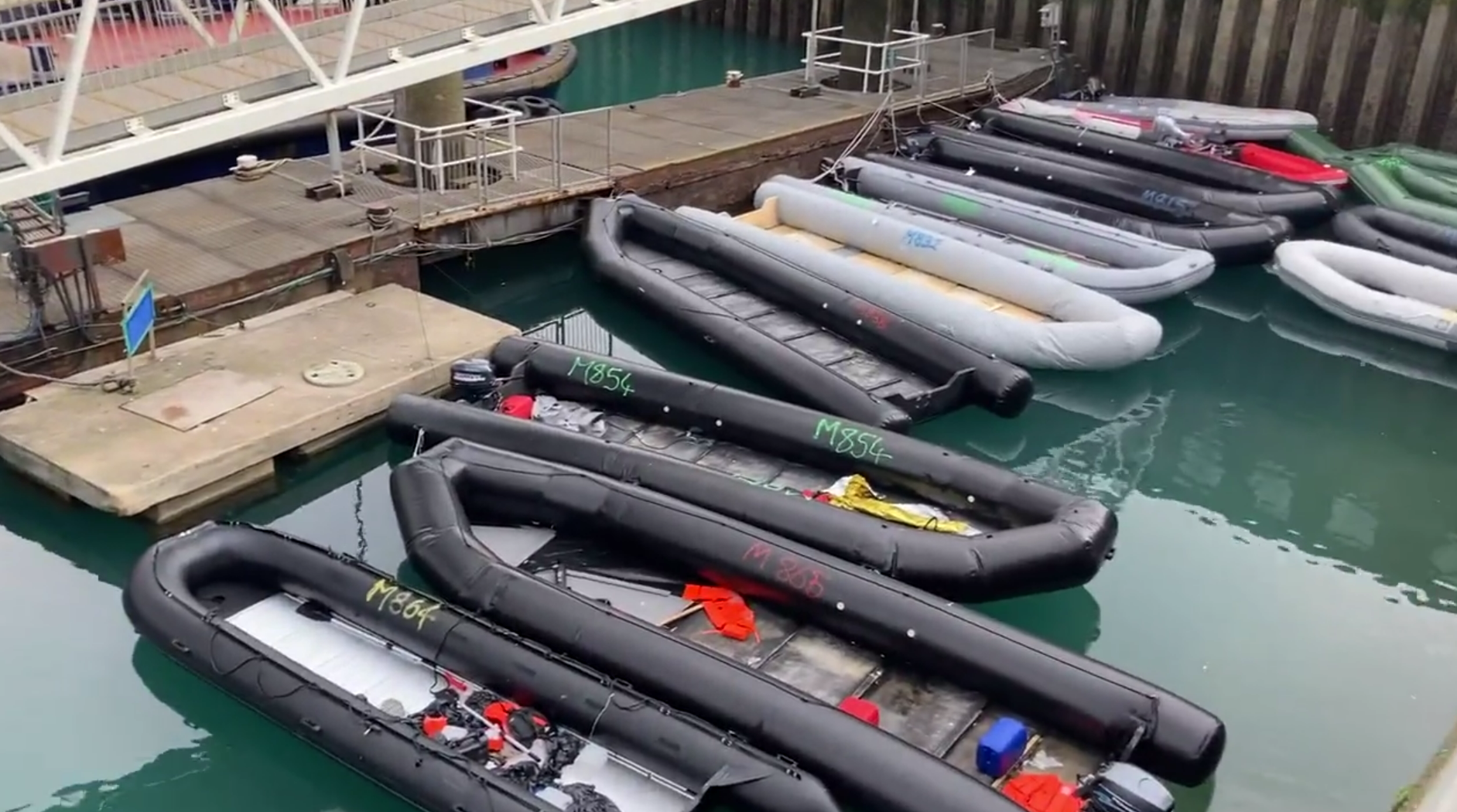 Last week, U.K. news outlets reported that a “record” number of migrants crossed the English channel. “The number of people crossing the Channel by small boats in a single day reached a record number for this century on Wednesday,” reported the Guardian. According to the BBC, more than 23,000 people have crossed the channel this year by small boat, almost triple the 8,404 that crossed in 2020.

But the reported numbers may not be as accurate as we believe them to be.

For starters, the Home Office has not released how it counts the number of Channel migrants. While speaking to BBC Radio 4, Peter William Walsh from the Migration Observatory revealed that no “official documentation” in the public domain explains the calculation behind the statistics.

A 2020 letter from Home Secretary Priti Patel to the Home Affairs Committee explained that the Home Office counts people as Channel migrants if they are detected on arrival or if they are suspected to have arrived by boat. The Ministerial department does not count individuals who are intercepted by the French authorities and returned to France. As Walsh told BBC Radio 4, the statistics are “neither clear nor precise.” Instead, they are ballpark figures.

Secondly, the Home Office does not follow a regular practice of publishing Channel migrant data. Other than occasional public releases, it announces data through news outlets or the Independent Chief Inspector of Borders and Immigration, as the Migration Observatory at the University of Oxford has reported.

The fact that the Home Office can decide if and when it wants to release migrant data leads to a lack of transparency. Also, the irregular flow of data through informal channels can have far-reaching implications, from amplifying inflammatory abuse to fueling false narratives about refugees and asylum seekers. For instance, in response to last week’s figures, several right-leaning figures falsely stated that the migrants “illegally crossed the Channel.”

There has been a lot of noise around who can and cannot claim asylum in the U.K. Colin Yeo, a leading immigration barrister, explains that there is no obligation on refugees “either explicit or implicit” to claim asylum in the first safe country they reach. Full Fact’s explainer on this topic stated that, according to the U.N. Refugee Convention (which the U.K. law recognizes), refugees can legally apply after “passing through other safe countries.” Asylum seekers cannot apply for asylum unless they are within the country itself. But they have the right to enter the country even via unauthorized means to apply for asylum.

The Bill proposes that a person's means of arrival should determine their worthiness of protection in the U.K.

However, the Nationality and Border’s Bill may soon change things. The not-yet passed Bill, which has come under severe criticism, proposes that a person’s means of arrival should determine their worthiness of protection in the U.K. This Bill will significantly impact refugees arriving on small boats.

Patel has also made some inaccurate comments about Channel migrants. According to her, 70 percent of individuals are economic migrants and “not genuine asylum seekers.”

But her own letter to the House of Committee shows that most of the Channel migrants arriving on small boats since the start of 2018 have been Iranian. The second-largest proportion is made up of Iraqis. The rest include people from Afghanistan, Pakistan, Syria, Sudan, and Yemen. Iran’s authoritarian regime frequently uses force to suppress dissent, and it is one of the leading implementers of the death penalty. Iraq, Syria, and Afghanistan continue to be active conflict zones. Most refugees are motivated to flee their country to escape an environment where their lives and liberty are at threat. Indeed, a 2019 survey pointed out that people who wanted to leave Iraq were better educated and that the “violent conflicts” caused people to flee.

Home Office Statistics found that in 2020, 98 percent of migrants arriving on boats applied for asylum in the U.K. In the year ending March 2020, there were 35,099 asylum applications out of which 57 percent or 20,339 were offered protection in the form of asylum, humanitarian protection, alternative forms of leaving, or resettlement.

Once a migrant arrives on the shore, they are immediately asked to apply for asylum. Upon application, the asylum claimants have to go through rigorous rounds of screenings, including a meeting with the immigration officer, which is followed by an asylum interview with a caseworker. If the claimants provide incorrect information, they can be imprisoned. If 70 percent of claimants are indeed economic migrants, as claimed by Patel, then the government’s asylum screening system should be able to recognize the disingenuous claimants and remove them.

While the number of migrants crossing in boats has increased from the past two years, the actual number of asylum claimants has dropped.

While the number of migrants crossing in boats has increased from the past two years, the actual number of asylum claimants has dropped. The Home Office reported that “The number of asylum applications to the UK peaked in 2002 at 84,132. After that the number fell sharply to reach a twenty-year low point of 17,916 in 2010, before rising again to reach 35,737 in 2019.”

Throughout history, right-wing commentators have stated that the U.K. has been overwhelmed by high numbers of asylum seekers. This is not the case. The Refugee Council has noted that asylum seekers make up a very small proportion of new arrivals in the U.K. There were 31,115 asylum applications in the U.K. in the year ending March 2021, a four percent decrease from the previous year.

Inaccurate statements by government officials fuel harmful narratives that can lead to attacks against asylum seekers.

Logically’s research found that a far-right Telegram channel used the reported numbers to say that there is an “invasion, on a catastrophic scale.” This is a standard divisive narrative used to create “a phobia of the outsider.”

Some users even used the hashtag #StopTheBoats on Twitter.

People fleeing war and persecution to make dangerous journeys to live in a safe country constitutes neither an invasion nor an annexation. Hypernationalism that alleges otherwise misleads and distorts the facts. To top it all, the government's lack of transparency around migrant data fuels existing racist rhetoric and can lead to more division.

On February 1, India’s Finance Minister Nirmala Sitharaman presented the Union Budget, the statement of the estimated receipts and expenditure of the Indian government, for the 2022 fiscal year.