Double Check: Are Archaeologists Suppressing Research on a Secret Civilization? 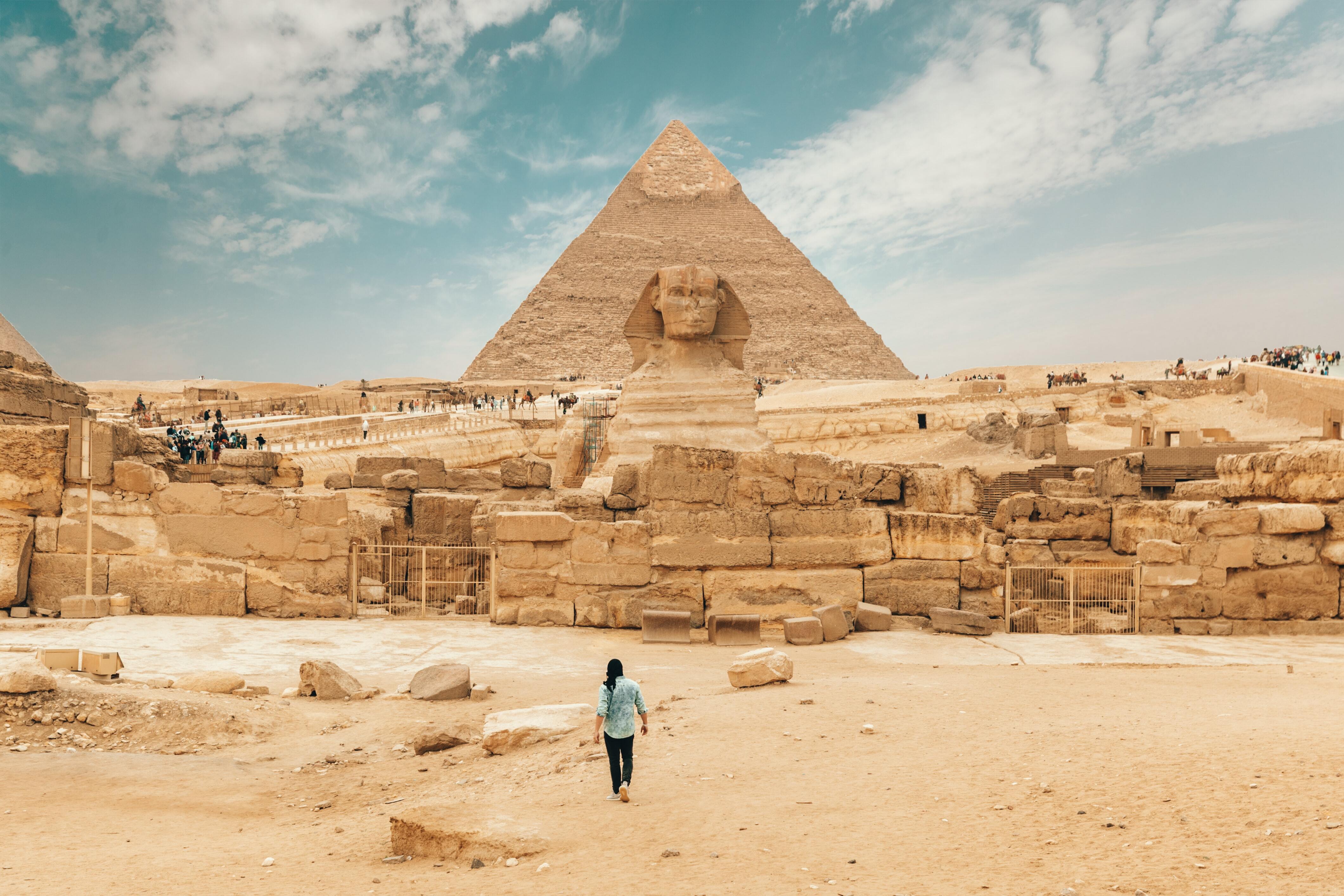 In November 2022, Netflix released Ancient Apocalypse. Framed as a docuseries, the program follows presenter Graham Hancock as he travels around the globe in pursuit of evidence of a lost civilization.

Hancock presents a captivating vision of the ancient past. Atlantis, he argues, is real. The myths and legends concerning it that have lasted until today represent our collective memory of an ancient, technologically advanced people who flourished during the last Ice Age. According to Hancock, the Atlanteans were all but wiped out roughly 12,000 years ago by catastrophic flooding. With their homelands lost, these people took to the seas, spreading knowledge and culture to less technologically advanced populations worldwide.

Hancock doesn't expect his audience to accept his version of events without evidence. With this in mind, most of his series is dedicated to the discussion of various archeological and geological features that he believes support his vision of the distant past. Viewers see Hancock and his associates scanning ancient sites using ground-penetrating radar technology, tracking changes in the positions of stars over millennia, and even diving in the Bahamas. These efforts are certainly watchable, but far from enough to convince mainstream academics.

Rather than accepting Hancock's theories, archaeologists, historians, and other experts have overwhelmingly rejected the arguments put forward in Ancient Apocalypse. In early December, the Society for American Archeology took the unusual step of publishing an open letter condemning the program. Addressed to Netflix's Global Head of Television, it lays out several grievances. ​​"After more than a century of professional archaeological investigations, we find no archaeological evidence to support the existence of an 'advanced, global Ice Age civilization' of the kind Hancock suggests," the letter reads. Its authors go on to rebuke Netflix for its classification of the series, writing, "the assertion that Ancient Apocalypse is a factual 'docuseries' or 'documentary' rather than entertainment with ideological goals is preposterous."

The Society for American Archeology is correct in that no verifiable evidence has ever been produced that supports the existence of the civilization that Hancock describes. A viewer taking Ancient Apocalypse at face value, however, would not know this. Throughout the series, almost no airtime is dedicated to those who disagree with Hancock's thesis. In a rare exception, Dr. Michael Shermer of Skeptic Magazine is shown questioning the evidential basis for Hancock's lost civilization, asking, "Where is their trash, where are the homes? Where are their stone tools or metal tools or metal tools, where is their writing?"

Hancock's response to rebuttals such as these is to state that evidence could exist – in this case, likely underwater – and that archaeologists have been remiss in not searching for such materials. "There could be such evidence of an advanced civilization of the ice age waiting to be found, beneath the waves, on land later flooded, but you're not going to find it if you don't bother to look," he states. Shortly after this, he says,  "the research has simply never been done. It's never been done because archaeology doesn't feel there's any point in doing that research, because archeology feels the timeline of human civilization is already sorted out, so there's no reason to investigate that."

On first appearance, this argument is perhaps difficult to approach from a skeptical position. After all, with all the information available, it is impossible to say with scientific certainty that such evidence does not exist and will never be found. However, his characterization of academics and the reason he gives for no such materials having come to light is more tenuous.

The idea that archaeology is a closed discipline, one both deaf and hostile to new ideas, is central to Hancock's thinking. While his tone is generally more measured in Ancient Apocalypse, during a recent episode of The Joe Rogan Experience, the extremity of his feelings towards the discipline becomes clear: "they can lose any hopes of promotion if they touch ideas like this," he says of archeologists. "Archeology is a very restricted discipline. If you don't copy what your professor says, if you go off on a tangent, they'll cut you off. There's so many people who've done such great work in archeology that doesn't fit with the mainstream, and they just get isolated by their colleagues."

Aaron Leggett, a Senior Curator of Alaskan History and Indigenous Cultures at Anchorage Museum spoke to Logically about some of the claims and characterizations made in Ancient Apocalypse. On Hancock's characterizations of mainstream academia, Leggett stated, "this sort of active suppression, no, I don't see that necessarily. I do think you have institutions and people whose careers are staked on various theories, and anything that would destabilize that would be viewed with suspicion. But again, even within academia or in museums, and having worked in both, you can have two people that, on paper, have the same level of credentials and can argue over their interpretations."

Undoubtedly, Hancock's view of academics is largely informed by the reception his own work has received from experts. In the decades since he published Fingerprints of the Gods, in which he first laid out his theory concerning a lost Ice Age civilization, his views on this subject have been routinely critiqued and disregarded. To attribute this to defensiveness among academics, however, seems misguided. Speaking to Logically, David Connolly, an archeologist and founder of the U.K.-based site British Archaeological Jobs & Resources, points out that much of Hancock's frustration seems to stem from the rigor required to make meaningful contributions to this field. "That's the whole point of peer review," Connolly says. "It can be a bit upsetting for people, you do get yourself taken to pieces, but it means you have to be robust in how you collect the information to start with. If you don't open yourself to question, if you don't allow people to see how you used data, and which data you didn't use, which is just as important, it's a pointless exercise."

To Connolly, the key to Hancock's work is how he cherry-picks evidence and presents it amid layers of speculation. "So what he'll do is take a piece of real research  [by others], insert a piece of 'why not?' and then finish it off with a bit of real research [by others]," he says. It's not hard to see how this methodology can convince a layperson. Over the course of Ancient Apocalypse, again and again, a piece of evidence will be shown and discussed almost exclusively in how it can be interpreted to support Hancock's theory. Rather than engaging further, the focus will then routinely shift to another site or theory to be interpreted almost solely through this lens. The result of this is that the viewer is left with the impression that they are following a meticulous and well-founded chain of evidence that points toward a sound conclusion.

Dr. Colin Elder, supervising archaeologist at the University of Salford's archaeology department, also spoke to Logically about the field and Hancock's methodology. Like Leggett and Connolly, he did not agree with the characterization of archeology as a field hostile to new discoveries. "I would say archaeologists and most researchers are quite happy for a new theory," Dr. Elder commented. "Almost all the archaeologists I work with live for that next find, looking for something that is going to change our understanding of history, and are really willing to accept a new theory. If, and this is the important bit, there's solid evidence to support it."

Solid evidence is particularly difficult to come by when researching ancient North America, a setting covered heavily in Ancient Apocalypse. "In a continent like North America, there are so many areas of high interest that simply haven't undergone an archaeological investigation," Dr. Elder told Logically, adding, "we are missing important data sources." While this would be frustrating to most researchers or academics, to Hancock, this lack of data seems to represent something of a blank canvas. An otherwise tenuous narrative, constructed in large part through inference, can be much more convincingly presented in the absence of data to definitively disprove it.

In this context, a journalist or researcher would perhaps engage with existing academic material and debates concerning their subject. In Ancient Apocalypse, Hancock instead proceeds to build a narrative of best fit, augmented with voices sympathetic to positions. For Dr. Elder, this is one of the primary issues with the series. "He's not trying to corroborate with multiple sources," Dr. Elder commented. "He's finding one person who agrees with him, and putting them on TV. He's not looking at the counterarguments to this. He's not looking at the established research."

There are real questions to be asked about why all of this matters. Hancock does, after all, repeatedly state that he is not an academic or archeologist, so it could be argued that holding him to the same levels of scrutiny may be misguided. The implication, however, that the achievements of native cultures in the Americas were premised on knowledge provided to them by more technologically and culturally advanced people is one that has real harm attached to it, whether or not Hancock intends this to be the case. Commenting on this aspect of such theories, Leggett noted "when you take it outside of the realm of being the people of the place, or their achievements, then that's where I see most of the erasure… that there's no way that they could have constructed these things."

In this context, it seems worthwhile to question the validity of Hancock's arguments and the decision of Netflix to platform them. Whether or not it is, as described in The Guardian, "the most dangerous show on Netflix," it makes real claims both about our ancient past and the people dedicated to studying it. Neither are inconsequential, nor worth disregarding for the sake of entertainment.