Does Daytime TV Have a Misinformation Problem?

People with unusual and shocking opinions are a stalwart of daytime television talk shows. But there is a difference between platforming a conspiracy theorist as a credible source and featuring them as an object of light-hearted derision. For the most part, daytime TV has erred towards the latter. This Morning, for instance, has interviewed Flat Earthers, UFO believers, a woman who claimed to have had sex with a ghost, another woman who claimed she was friends with fairies, and the kind of people who swear by the health-giving properties of drinking your partner’s blood or your own urine.  This kind of misinformation, while feeding into an anti-science stance that could potentially have negative effects, is mostly harmless fluff (which isn’t to say that drinking other people’s blood is an advisable course of action).

The coronavirus pandemic, however, has raised the stakes. If a certain percentage of the population proves unwilling to take the vaccine, the whole program will be in jeopardy. Misinformation has never had a greater potential to cause harm to public health, which means that inviting conspiracy theorists onto talks shows as wacky human interest stories is no longer tenable. Happily, for the most part, this hasn’t happened, but that’s not to say that daytime television hasn’t contributed to the overarching problem. When we think of COVID misinformation, we might think of marginal, QAnon-adjacent conspiracists or Somerset mystics with TikTok channels. But in reality, misinformation can come from the most mainstream and milquetoast of sources. Over the past year, a series of controversies have raged over the role that daytime television personalities have played in propagating unhelpful or actively harmful ideas about the coronavirus vaccine.

These controversies started early in the pandemic. Last April, This Morning was investigated by Ofcom following a program that received 750 complaints, owing to potentially harmful comments which Eamonn Holmes made about the link between coronavirus and 5G technology. During a discussion with consumer editor Alice Beer, Holmes said of the 5G conspiracies, “The only thing I would say, I totally agree with everything you are saying but what I don’t accept is mainstream media immediately slapping that down as not true when they do not know it’s not true. No one should attack or damage or do anything like that. But it is very easy to say it is not true because it suits the state narrative. That’s all I would say as someone with an enquiring mind”. (ITV did not respond to a request for comment about this or any other incident.) Following the ensuing investigation, Ofcom ruled that Beer rebuffed Holmes’ comments to a significant enough degree that audience members would be protected from any harm caused by them.

Ofcom’s summary said, “Unproven claims and theories can be included and discussed in programmes, but if these carry the risk of potential harm to the audience – which they are highly likely to do at such a sensitive time – broadcasters must ensure they provide adequate protection for the audience. This could include, for example, significant challenge or further context."  Indeed, Ofcom has issued new guidelines specifically pertaining to coronavirus, which aim to prevent the spreading of misinformation.  All television programs are subject to the same rules in relation to harm, but daytime TV and news programs face slightly different regulations.

When it comes to daytime television, maybe it’s what happens off-air that’s the bigger problem

An Ofcom representative told Logically, “News programs are subject to rules relating to due accuracy and due impartiality  whereas any programmes other than news are subject to rules regarding material misleadingness as well as due impartiality if the subject matter is one of political or industrial controversy and matters relating to current public policy.” Barr the occasional on-air slip up, it does seem as though this regulation is mostly working. What mistakes have occurred have been corrected fairly quickly: This Morning’s Dr. Hilary has also come under fire for claiming that the vaccination was not safe for breastfeeding mothers, something that was out of date and incorrect at the time of airing. Given that concerns over breastfeeding form a big part of anti-vaccination panic, this was a serious misstep, although it was corrected not long after. According to an Ofcom study, the majority of misinformation is disseminated through social media, rather than television or radio. The fact that the former is subject to zero regulation whatsoever is surely a pertinent factor.

When it comes to daytime television, maybe it’s what happens off-air that’s the bigger problem. Ofcom does not, and cannot, regulate what television stars say when the cameras aren’t rolling. Many figures associated with daytime TV have made some questionable social media posts. This Morning recently came under fire again when psychologist and regular guest presenter Emma Kenny made a series of tweets containing anti-lockdown sentiments. She tweeted, “I don’t want anyone to die, but the studies that are out state that lockdown are doing more harm than good. If you want to protect the NHS you will go down the path that does the most good. This would involve listening to the research. Why are we not listening?” Whether this counts as misinformation is debatable, given “doing more harm than good” is an ambiguous statement—by what metric? 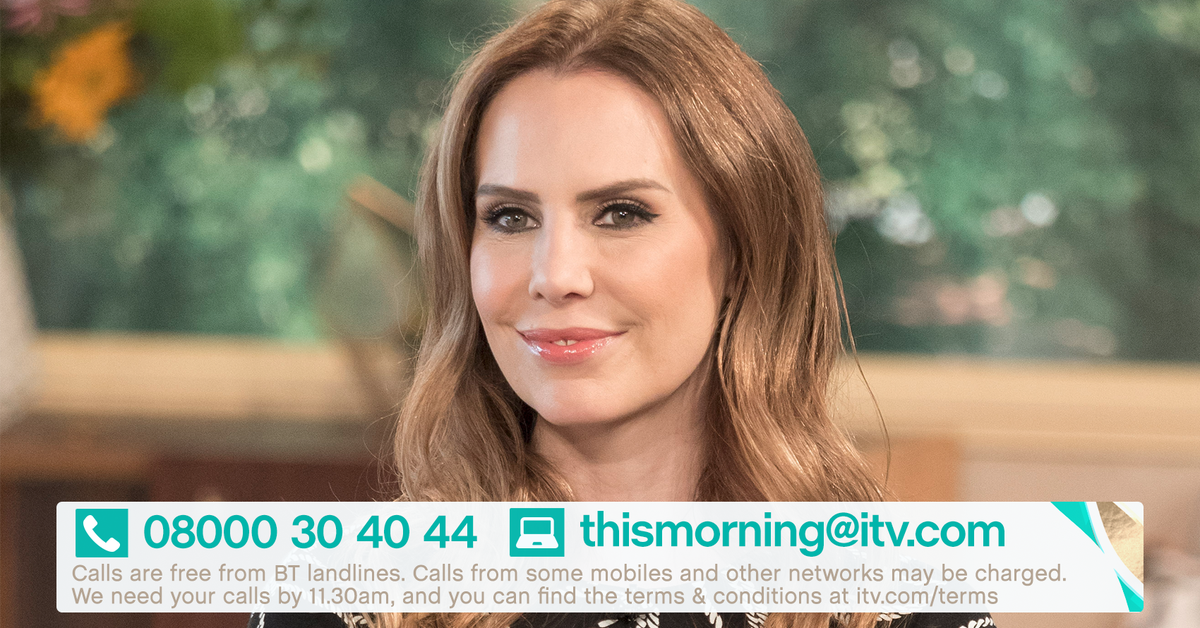 This Morning's Emma Kenny has expressed skepticism about the vaccine (Image: ITV)

In a since-deleted tweet, she also said, “Just want to check in with you @BorisJohnson and @MattHancock just to politely inform you that I’m declining your Tiers because you have no evidence to base them on! The law of the land must be based on the interests of the population. I’m taking back my kids futures [sic].” Again, this isn’t necessarily misinformation. There is certainly evidence to suggest that lockdowns are effective in preventing transmission, but whether this translates as evidence for the fairly idiosyncratic tier system the Conservative Party implemented last year is another matter.

All of this could be classed as fair comment, but when Kenny turned her attention to the vaccine, things got a little murkier.  She has shared posts expressing skepticism about the vaccine, repeating the common anti-vax claim that the vaccine has been rushed and is therefore unsafe, and made comparisons with Thalidomide, also a frequent refrain of anti-vaccine scaremongering. It was reported that This Morning had fired Kenny, although these reports were later proven to be false. Choosing not to terminate Kenny’s contract might fall short of being a de facto endorsement of her views, but it’s certainly not doing much to challenge them. Elsewhere, Loose Women’s Carol McGiffin has flat out said she won’t take the vaccine, which certainly isn’t helpful.

Hectoring and belittling people from a vantage point of smug condescension is rarely a good way of tackling misinformation.

We’ve seen that there have been a few instances of daytime TV talk shows and their associated personalities helping to disseminate anti-vaccine misinformation, but it’s also worth considering the question from a different angle: are these programs putting forward arguments in favor of vaccination in a way which could be counter-productive? Throughout the pandemic, Good Morning Britain’s Piers Morgan has been one of the loudest media voices in favor of lockdown, masks, and vaccination, so much so that he has effectively rehabilitated his reputation amongst portions of the liberal left. But the manner in which someone like Morgan makes these arguments, blithe, bullish and condescending, seems unlikely to win anyone over. He has derided people with anti-vax views as “half-wits” and spoken in favor of companies mandating that their employees be vaccinated. Given that the specter of compulsory vaccination is one of the primary fears of the anti-vax movement (to the extent that such a thing exists as a coherent entity), this is only adding fuel to the fire.

Joe Ondrak, Head of Investigations at Logically, tells me: “I think Piers Morgan is a strange law unto himself here. I think the messaging coming from an institutional body like the NHS lends the punitive and didactic quality to it (as well as it being mass-repeated via posters and an actual campaign.) Morgan, on the other hand, has been held up as a ‘shill’ for his stance — he’s less part of the establishment messaging in the same way as pro-vaccine and social distancing posters, and more the mouthpiece for whatever 'agenda' they perceive is being pushed. I do think his strict stance drives away those who could be brought back over to the fold from the anti-COVID-vax camp, it's an approach that doesn't work for any other conspiracy theory, so it won't work here.”

Hectoring and belittling people from a vantage point of smug condescension is rarely a good way of tackling misinformation.  It’s also true that Morgan is a divisive and unpopular figure (according to one YouGov poll, 46 percent of the general public have a negative opinion of him) so perhaps his positioning as a leading pro-vaccination voice might do more harm than good. 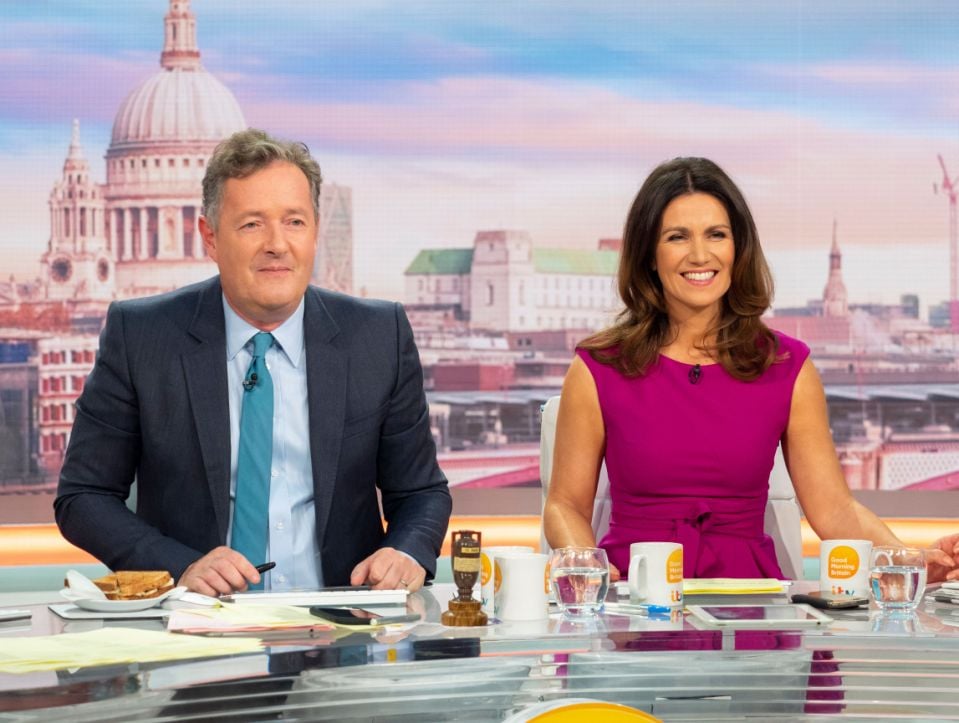 Piers Morgan is pro-vaccine, but a divisive figure. Image: ITV

According to media academic Marcus Gilroy-Ware, author of After the Fact? The Truth About Fake News, misinformation can manifest itself in subtle ways, related more to ideology than factual accuracy. “Unlike in print, in theory, TV and radio are governed by section five of the Ofcom code, which mandate 'due accuracy' and can be fined if they spread misinformation,” he explains. “So the misinformation they do spread is mostly at the ideological level, for example, stuff like ‘the far-left and the far-right are just as bad as each other.” How might this ideological misinformation play out in relation to coronavirus? “It depends how you're defining misinformation, and my definition is different than most people's simply by including ideology at all. But I think one example would be the debate about lockdowns: if they're effective, if they're fair, or whether old and/or vulnerable people should be asked to shield while everyone else gets COVID, or whether old/vulnerable people should just be sacrificed. This is misinformation, even if only in the fact that it sets up these "opinions" as false equivalences. And false equivalencies are hugely misinforming, which  we saw before with Brexit.” The kind of misinformation spread by daytime television shows, like any media, could well be more subtle and nefarious than simply making easily disprovable claims about 5G and Bill Gates.

It seems then, like Ofcom’s rules for television actually seem to be working pretty well, at least where on-air activity is concerned; where errors have occurred, they have been corrected pretty quickly (of course, to some extent the damage has already been done by this time.) The main take-away from this is that we need more regulation of social media, which remains the primary vector of misinformation. What’s more concerning is that daytime television personalities are doing off-air, and this, arguably, is where the producers are failing in their duties (ethical if not legal) to tackle misinformation. As for whether allowing a man as unlikable as Piers Morgan to position himself as one of the key figureheads of your public health movement is a wise move, that remains to be seen.

James Greig is a lifestyle and culture writer.

When people have to make a decision, they act to the best of their ability based on the information available, but what happens when there's too much information?

In an exclusive investigation, Logically has found that Farhatullah Ghauri, a terrorist recruiter and financier for Jaesh-e-Mohammed (JeM), a Pakistan-backed terror group, is using a network of accounts on Facebook, Telegram, and YouTube to amplify...