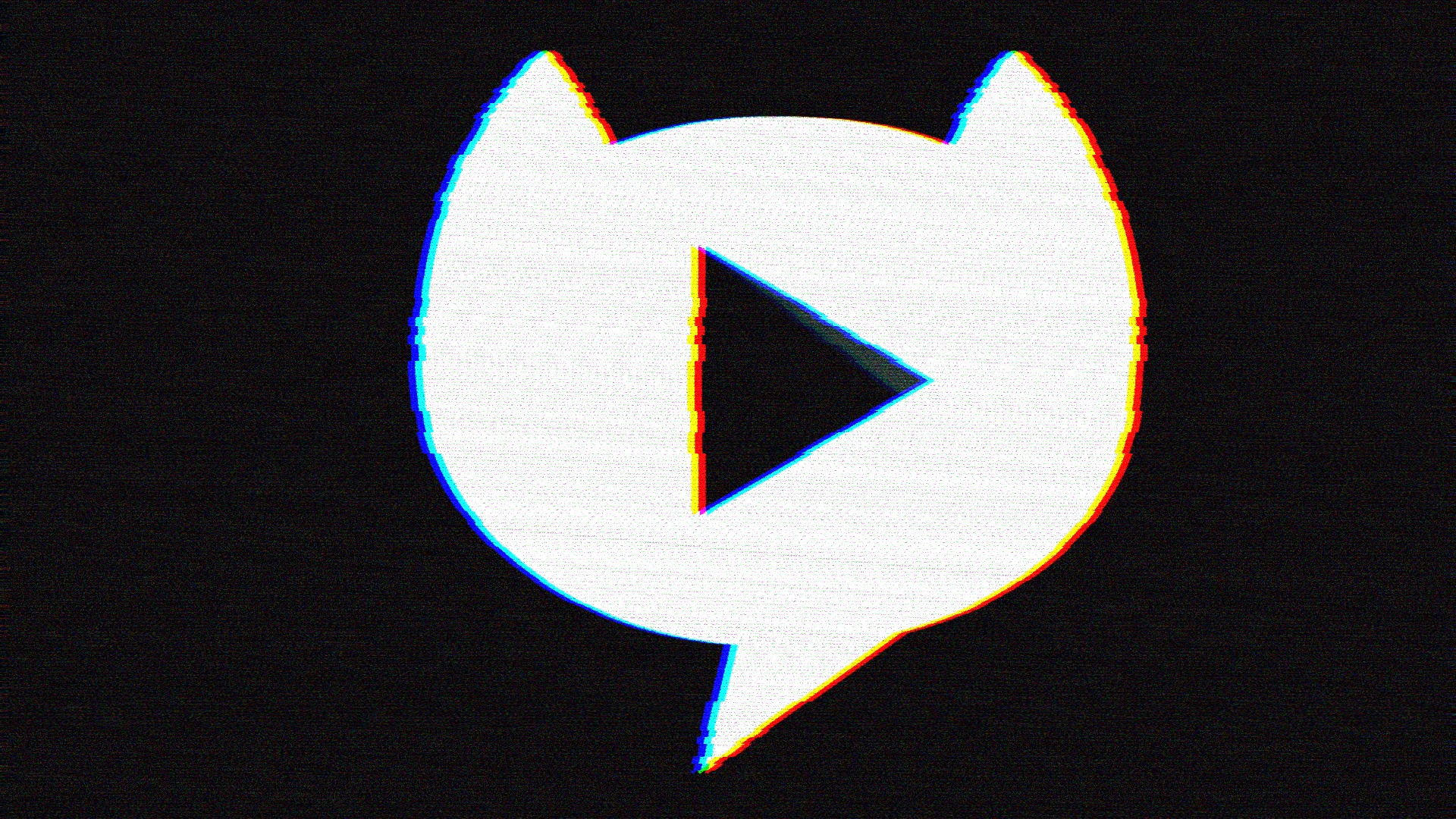 Disclose.tv, a disinformation outlet based in Germany, is bringing fake news to a timeline near you. Although it now presents itself on social media as a reliable news source, Disclose.tv originated as a forum fixated on conspiracy narratives and UFOs. Its continued uncritical coverage of these topics reveals its links to fringe pseudoscience and conspiracy theories.

A tweet from Disclose.tv that does not include where its “breaking” news came from.

Disclose.tv consistently pushes anti-vaccine and anti-lockdown narratives. Many of their social media posts focus on negative aspects of government responses to the COVID-19 pandemic and negative effects from the vaccine, usually presented in a misleading manner. Its own reporting misrepresents developments related to COVID-19, such as an article from October 2021 titled “German court declares Corona curfew unconstitutional,” which referred specifically to a curfew in the German state of Bavaria in March 2020 that the State Court retroactively ruled unconstitutional. 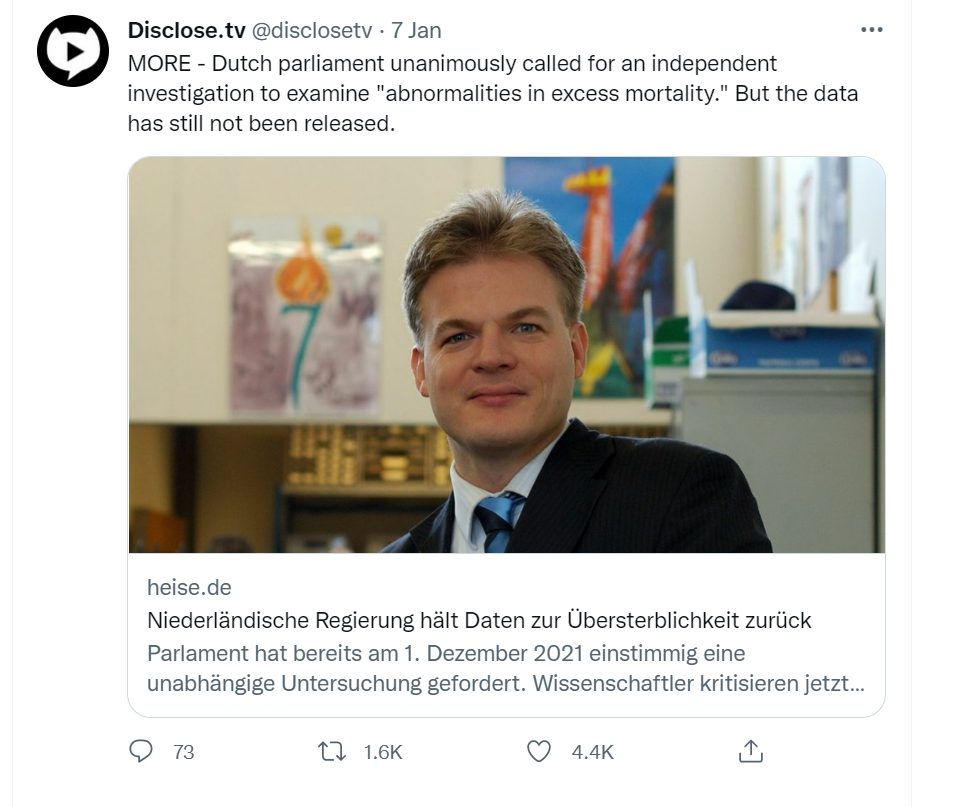 Examples of the types of narratives common on Disclose.tv’s social media.

The earliest archived version of Disclose.tv dates back to March 22, 2007 – but Disclose.tv today is a far cry from its initial form. In its initial form, Disclose. tv focused primarily on UFOs, aliens, ghosts, cryptozoology, and other baseless conspiracy theories. The site’s early tagline — “Disclose.tv - UFOs, ghosts, paranormal, conspiracy & other top secret videos.” — highlights this focus, as does its name. The name “Disclose” references the concept within UFO enthusiast circles of “disclosure,” the time when the government will confirm the existence of aliens and release information regarding them.

In its original form, Disclose.tv functioned largely as a forum. User contributors wrote all the material shared on the site and forums allowed members to discuss UFOs, conspiracy theories, and paranormal phenomena. 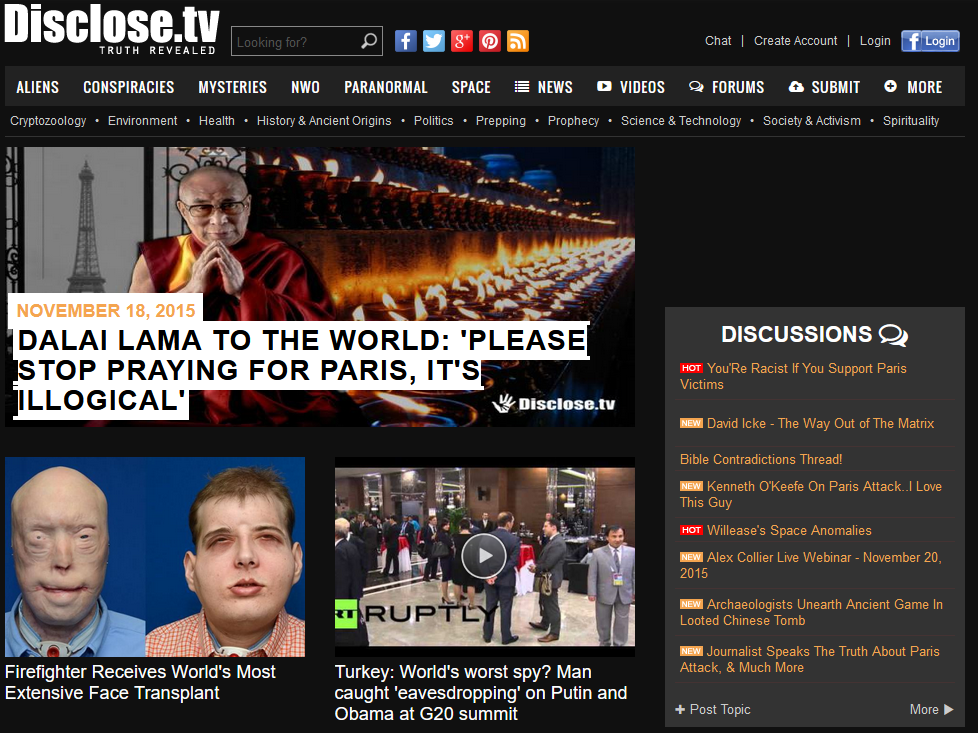 Forum discussions took a political turn in the 2010s, with topics such as “Will Russiagate backfire on the left?” and “Proof Being A Sjw Is A Mental Disorder” showing the right-wing undercurrent of the community.

In 2019, Disclose.tv stripped away the user-generated articles. An announcement welcomed users to “the all-new Disclose.tv.” In this form, the website primarily hosted forums where users’ posts grew even more conservative. On the Disclose.tv social media accounts, some of these forum posts were presented as news articles. With the COVID-19 pandemic in full swing, Disclose.tv naturally grew into a home for anti-lockdown and anti-vaccine beliefs. 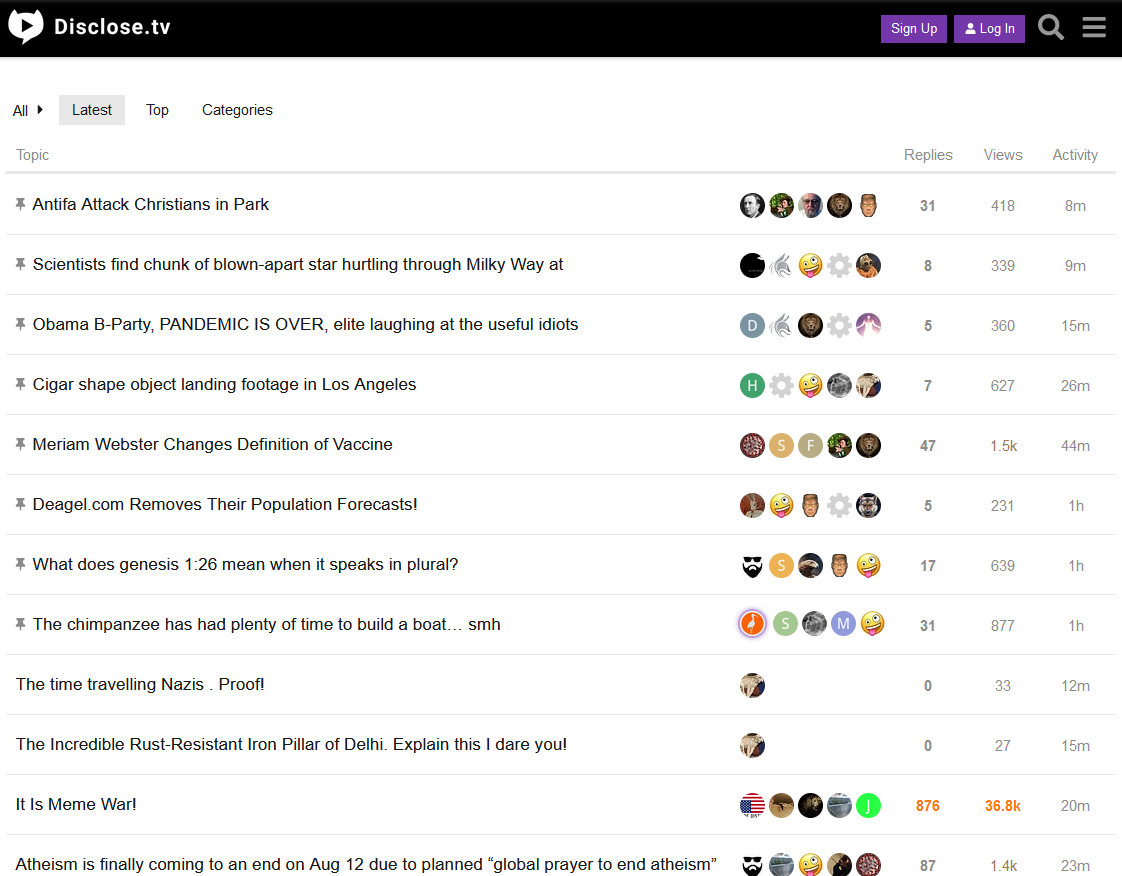 Disclose.tv continued to operate in this user-content/forum model until September 19, 2021, when the website transformed completely overnight. A message informed users “we have decided on a strategy change… this means that we had to shut down the discussion platform on our website.” Disclose.tv was pivoting to existing purely as a news site. With the forum aspect gone, site admin advised users to turn to the new Disclose.tv Discord, which featured channels corresponding to discussion topics on the old forum, and later the Disclose.tv group chat on Telegram. 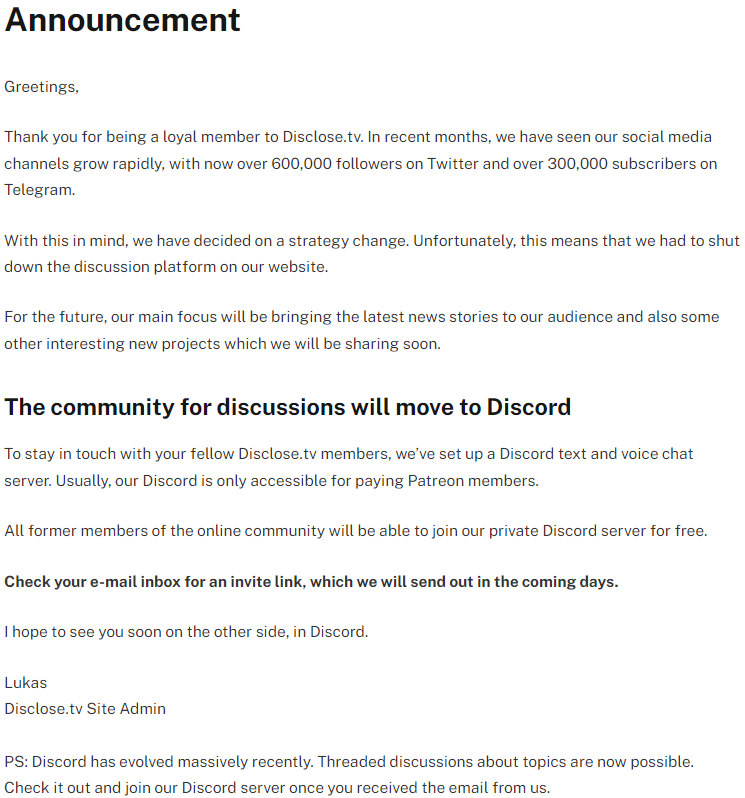 Along with this overnight change came news articles backdated to September 23, 2020, almost a year before the articles actually appeared on Disclose.tv. Many of these back-dated articles include titles and content directly plagiarized from both reliable news sources and other conspiracy-focused websites.

On its current website, Disclose.tv invites readers to “write for us.” Under the submission form for would-be contributors, the website warns submitters that “reused articles or blog posts are not allowed” and that they “check each article for plagiarism.” But, as mentioned above, many of their articles feature plagiarized content.

Additionally, there appear to have been no guest contributors. The “write for us” tab states that “all approved articles will have credit to the guest contributor below their article (including bio) and optional links to their website or social media accounts.”

But only four writers are listed in all of the articles on the website: Daniel K., Simone M., Anna C., and Peter B. None of their author pages link to personal websites, personal media, or include a bio. All of their profile pictures are AI-generated fakes. Articles from all four authors appeared on the site, with backdated articles, on September 20, 2021. The focus and word choice of several of the articles from these authors suggest whoever wrote the articles is a native German speaker. No articles from other authors are currently on the site.

The website is owned by Futurebytes GmbH & Co. KG, a self-described “private equity company” based in Passau, Germany. Information about Futurebytes GmbH & Co. KG, as required by the German government, appeared on the site as early as May 4, 2012. The company’s website is sparse, but records indicate the company is owned by Uwe Manfred Braun. An archived version of the website from July 2010 is blank except for a link to Disclose.tv’s homepage. Additionally, the submission area for prospective contributors requires they consent to have their data stored by the website, again required by German law.

The content of both the articles on the website and Disclose.tv’s social media show a heightened focus on events in Germany, although the phone number listed on the “Imprint,” a disclosure of website ownership required by German law, contains a New York state area code. The business address listed on both Diclose.tv’s and Futurebytes’ contact pages, and the German phone number listed on Futurebytes’ registration documents, both belong to the same law firm in Passau.

Uwe Braun is an entrepreneur based in Cologne, Germany who has made millions in internet hosting businesses. His company Host Europe sold for 1.68 billion euro in late 2016. Who.is data lists Braun as the registrant and admin, with technical and billing contacts at hosteurope email addresses.

Disclose.tv’s rebrand didn’t begin with its website. As alluded to in the announcement from September 20, 2021, it was already experiencing a growing audience on social media, especially Telegram and Twitter. The Telegram channel Disclose.tv currently operates was created on January 8, 2021. The Disclose.tv group message on Telegram was launched September 11, 2021, but functioned as another channel until December 28, 2021. The earliest tweet currently on Disclose.tv’s Twitter account is from May 2021, although Tweets mentioning @disclosetv date back to August 2008.

Similarly, the YouTube account for Disclose.tv is currently blank, but archives of the webpage show videos posted as early as spring 2016. The Disclose.tv Facebook page, with over three million likes, only has posts dating back to September 2021, when Futurebytes came in control of the website, but again archived versions of the Facebook page date back to as early as November 2012.

On these platforms, messages run the gamut from moderate political beliefs and chatting about aliens to outright Holocaust denial and Nazism.

On the Discord and Telegram group message for Disclose.tv, anti-vax conspiracies, antisemitism, racism, and transphobia are easy to find. On these platforms, messages run the gamut from moderate political beliefs and chatting about aliens to outright Holocaust denial and Nazism. While some users express a simple distrust in the government, many others veer into sharing antisemitic canards, such as attacking George Soros. Others share memes about how “LGBTQ was created to push pedophilia.” Some share outright neo-Nazi propaganda, encouraging others in the Telegram chat to watch Europa - The Last Battle.

In the Discord, a message from a user with a swastika in their display picture denying the Holocaust remains visible. In Germany, posting a swastika and denying the Holocaust are illegal and can be punished with up to five years imprisonment. While anyone can join these groups, Disclose.tv appears to have done little to moderate them, and allowed the posting of content that is illegal in Germany, where the company that runs the website is based. 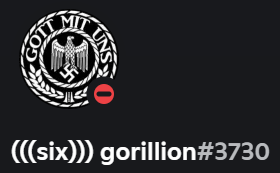 Screenshots taken from the Disclose.tv discord on January 9

The profile picture and multiple parts of the display name of the users who posted the comment reference the National Socialist regime and antisemitism. 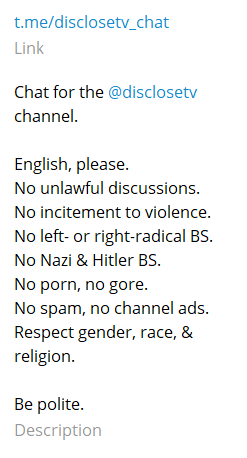 On Telegram, despite having a policy on their profile that says “no Nazi BS,” the Disclose.tv official channel chat features numerous neo-Nazi and antisemitic posts. Although Telegram theoretically falls under the Network Enforcement Act in Germany, and any posts doing the German government has yet to implement it in the context of Telegram. As of publication time, all of the below posts were still visible on the Disclose official chat. 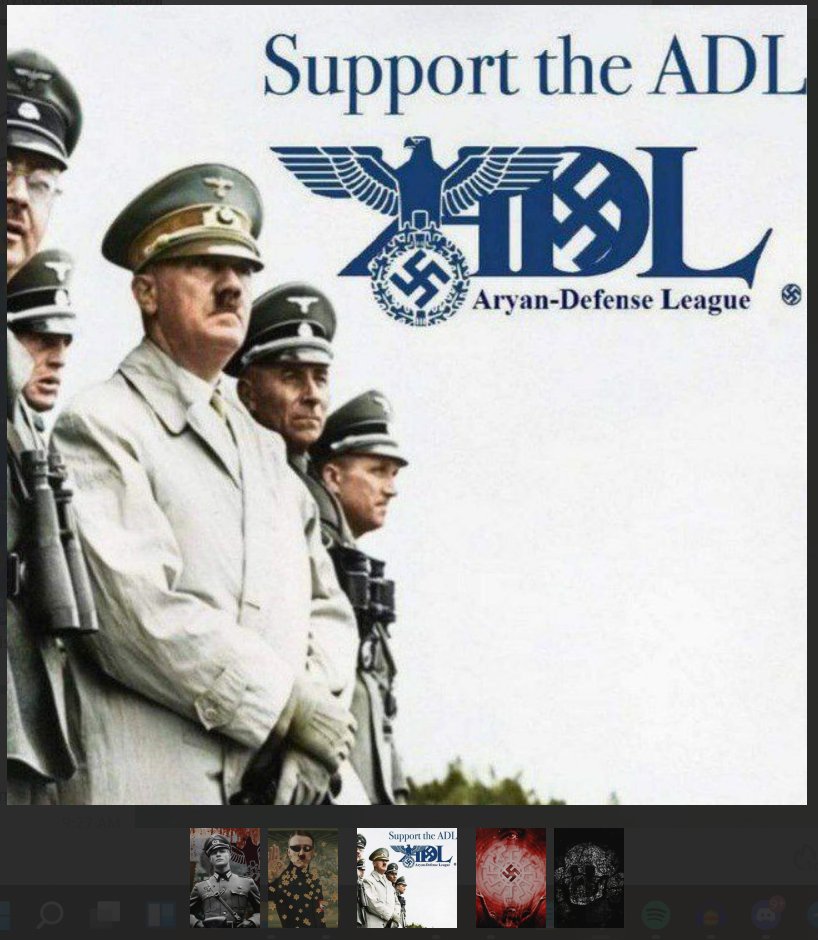 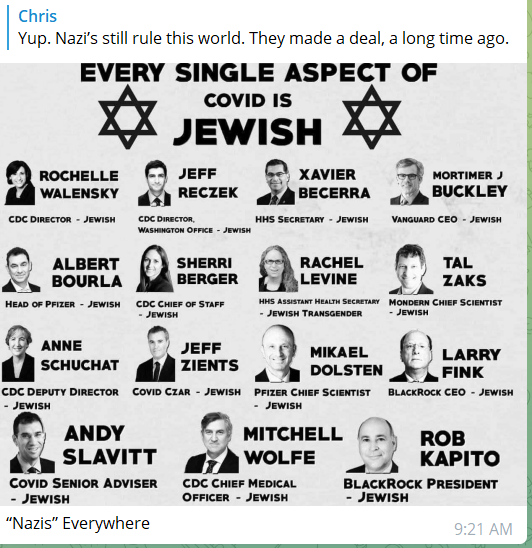 Who exactly currently runs the Disclose.tv website and social media, beyond Uwe Braun, remains unclear. The site links to a Patreon, which, in late December, had 49 patrons. Pop-up advertisements populate the Disclose.tv website, suggesting most funding comes from ad revenue. From the evidence, it appears the website and brand that once served as a forum for conspiracy theory and UFO enthusiasts is now part of a campaign to push misleading information mixed in with real news taken from other sources.

In preparation for publication, Logically asked Disclose.tv about the claims we found in this investigation – what their process was for moderating illegal hate speech in its chat servers, what its editorial process was for preventing plagiarism, why all its authors appear to be fake people, and who actually owns and operates Disclose.tv’s accounts. As of January 11, a day after request for comment was sent, the Discord server and the public link on their webpage to that server were gone. The articles that we cited to Disclose.tv as examples of plagiarism have been deleted.

Disclose.tv published an unsigned editorial on January 11 that publicly answered the questions, and also targeted Logically’s reporter by name, directing its combined 4.21 million followers towards his public profile. Although Disclose.tv claims in its statement they had not heard of Logically, many members of Logically's editorial team were blocked on Twitter by Disclose’s account before the request for comment was sent.

In its public statement, Disclose.tv acknowledged that it had “lost sight” of the Discord server, which had fewer than a thousand members, and no longer had the moderation resources to keep it free of hate speech. In the next paragraph, it claimed they had 25 moderators and two security bots that monitored their Telegram chat of 400,000, and logged over 1,000 interventions per day. However, links to “Europa - The Last Battle”, multiple comments from users exhorting others watch the documentary, as well as a user with the username “Watch - Europa The Last Battle,” were still visible and active in the Telegram chat as of publication. 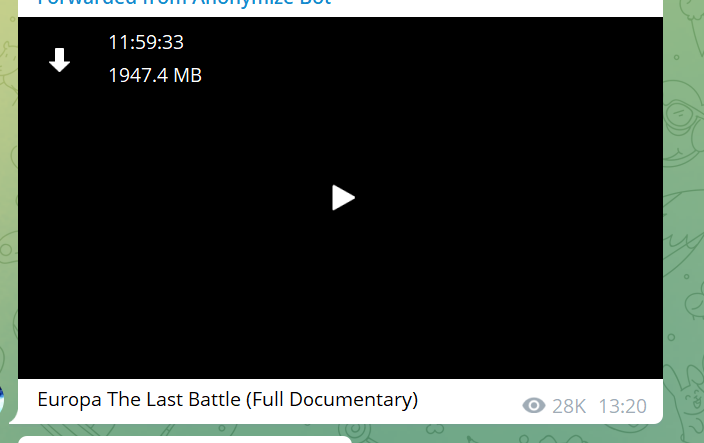 Disclose.tv has managed to amass an enormous following, and it has done so without providing much of the accountability expected of responsible news outlets. Its statement claimed that Disclose.tv is “still in the learning process” of becoming a proper publisher, apologized for the plagiarism, and promised “to do better in the future.” However, it also indicated they had no intention of following the accountability mechanisms of proper publishers, such as naming their authors in bylines, or creating any sort of public transparency in staff, funding and corporate structure. Messages to their answering service in New York went without reply, and no press officers are listed on their page. The mixture of actual news with conspiratorial narratives, and the platforming of hate speech on its official channels, creates a dangerous vector for misinformation disguised as impartial coverage.