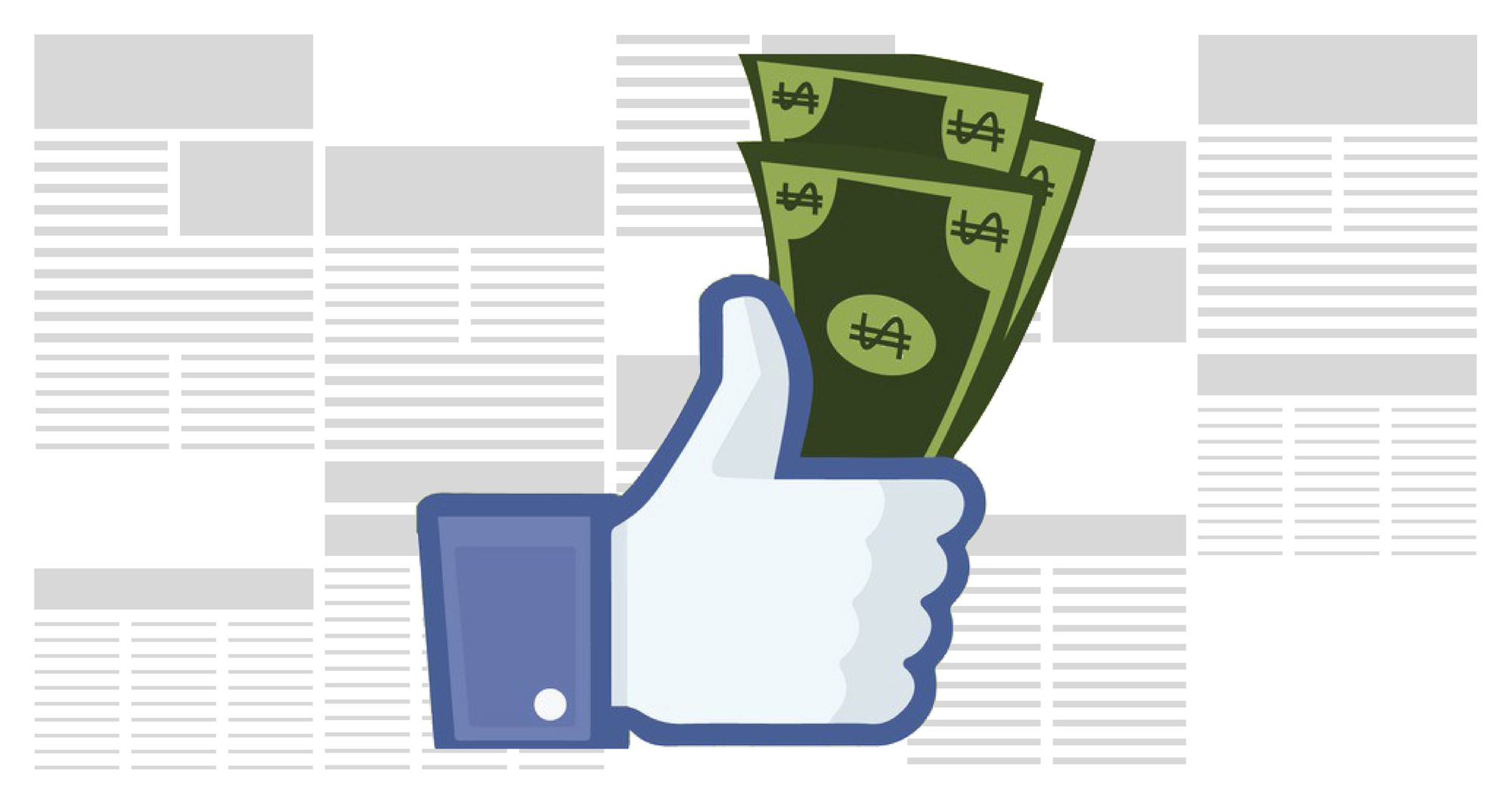 Before its gradual decline in the 5th century, classical cynics sought to free themselves from social conventions by rejecting any notions that involved money, power, or fame. Cynics lived life with only the bare necessities, intent on unshackling themselves from the needs that resulted from convention.

Etymologically rooted in the word "dog" or "dog-like"; Greek cynics were known to eat and fornicate in public, walk barefoot, and sleep by the roadside; demonstrating their beliefs through their unconventional actions.  They used their lifestyle and behaviour to criticise social values and customs which they saw as corrupt—a counterculture; giving a middle finger to social norms.

Although the philosophical way of life had a large influence on society throughout ancient history, by the 19th century the original concept had diverged from its simplistic beginnings. Where philosophical cynicism was concerned with rejecting power, money, religion and all other norms with the aim of living a virtuous life, the modern definition attributes itself to the distrust of others’ motives and a disbelief in human sincerity—shedding the virtuous aspects and focussing on the negativistic.

Modern cynicism has been studied extensively, in a number of contexts, and there's a plethora of research around cynicism in relation to the field of political communications and media. Many have been critical of political campaign coverage and the emergence of "horse race journalism," which focuses on polling data and public perception as opposed to candidate policy—likening elections to a horse race.

Public commentary and scholarly research have brought attention to how election coverage is increasingly shown as a game of sorts, with candidates acting as strategic players. Politicians are portrayed as opportunists competing for political power, with no real desire to solve the problems of the public.

Thomas E. Patterson analysed New York Times coverage and found that news "framed within the context of policy and leadership problems and issues" is declining in comparison to coverage "framed within the context of strategy and electoral success." Joseph Capella and Kathleen Jamieson looked into campaign news coverage and came up with two ways in which news coverage was framed—strategic frames and issue-oriented frames. They established that strategic news coverage has taken precedence over issue-oriented coverage in campaign news—issue-oriented coverage emphasising problems that matter to citizens and the proposed solutions to those problems, whereas strategy orientated coverage was defined by the following five features:

1: Winning and losing as the central concern

2: The language of wars, games and competition

3: A story with performers, critics and audience (voters)

4: Centrality of performance, style and perception of the candidate

5: Heavy weighing of polls and the candidate's standing in them

The research showed that editorial choices affect how candidates are perceived in state and local elections. Participants recalled far more information from strategy-based news than issue-based news coverage. For publishers and journalists, staying in the mind of the reader is immensely beneficial, as it helps foster a consumer's psychological connection to the brand. For consumers, however, they found that this type of strategic news coverage enhanced cynical views towards the political actors involved. Cynically speaking, for publishers, this could be seen as a mere byproduct of journalistic success.

Further research, built on these themes, argued that in promoting a cynical view of political actors, there's potential for these views to propagate through wider society— lending themselves to democratic institutions and sowing seeds of distrust in political establishments. Employing these strategic news frames—despite the risk that they foster public cynicism— is incredibly profitable, and  still used today.

The studies mentioned were conducted between the late 1990s and the early 2000s, however, since then, the news landscape has undergone a radical transformation.  What was once a trickle-down system, from publishers to consumers, is now a free-for-all where anyone with an internet connection being able to take part.

So, how does one profit from cynicism now?

In short: ads. With the advancement in web technologies, the news has gradually started to move into online spaces along with the advertisements. There is now a plethora of advertising platforms that exist to monetise your web pages, and the freedom of the internet has provided the opportunistic with a lucrative means of making a quick quid online. Cynical profiteers can be found across the globe, below are a few prime examples.

In early 2016, groups entrepreneurial teenagers sought to take advantage of the historically divisive nature of US Presidential Elections, and many succeeded. The small town of Veles became infamous as the capital of 'fake news', with over a hundred pro-Trump websites found registered to the town. Though the teenagers running these sites were not interested in the US Presidential Election, they were focused on the ad revenue that could be generated, by propagating fallacious and sensationalistic content around the election.

After experimenting with left-leaning and pro-Sanders content, it became evident that the big money was with the pro-Trump crowds. Some of these impresarios simply copied news articles and repackaged them with sensationalist headlines, while others crafted imaginatively outlandish stories from scratch. Once their incendiary 'fake news' articles had been crafted, they shared them amongst their target audience on social media platforms, in the digital spaces where Trump supporters were known to convene, or using targeted advertising. Many of these posts skyrocketed to virality, in turn bringing thousands of users to their websites and generating thousands of pounds in ad revenue.One of the teenage writers claimed to earn up to $16,000 from two pro-Trump websites. Others reported that the early birds, who had started creating content in early 2016, were earning thousands on a daily basis.

Headlines from some of the Macedonian 'fake news' websites included:

NYPD ANNOUNCES they are PREPARING TO ARREST HILLARY CLINTON ON PEDOPHILIA & TREASON CHARGES!!

Hillary Clinton in 2013: ‘I would like to see people like Donald Trump run for office; they’re honest and can’t be bought’

SHOCKING: Donald Trump Slapped A Man In The Audience During His Speech (VIDEO)

On the other side of the Black Sea, a university student tried his hand at profiting from 'fake news' in the 2016 US Presidential Election. The New York Times interviewed the 22-year-old. He too had begun with pro-left literature before focussing his efforts towards pro-Trump crowds. The use of pro-Trump groups on Facebook was also critical to the success of his websites, driving traffic to pages that were then monetised by Google. He reported that in his best month, he earned approximately $6000.

Upon arriving on one of his most popular fake websites, a pop-up appeared inviting users to "Like and share if you love your country".

Here are a few of the posts used on his now-defunct website Departed.co.

71 ARRESTED FOR MASS VIOLENCE AGAINST PRESIDENT-ELECT, ALL HIRED BY HILLARY’S DONOR SOROS

Dubbed "The Godfather of fake news" by the BBC, not only does this man profit from 'fake news', but he's made a living out of it; claiming to have quit his job as a construction worker in 2014. In many cases, he was the source from which others copied their 'fake news' stories.

Creating and proliferating fake news for many years before, Blair launched   thelastlineofdefense.org with a group of bloggers during the 2016 US Presidential Elections. He was the mastermind behind much of the misinformation that circulated at the time. Although the website stipulated that the articles published weren't real (in one of the fourteen disclaimers), it didn't stop the web traffic, and it didn't stop many from believing the stories, sharing them and repackaging them under the guise of legitimacy. Blair argued that the purpose of the website wasn’t changing elections but “trolling conservative low-hanging fruit and having them removed from Facebook. You post nonsense, they respond, you and your friends make them look foolish."

Take a look at some of the stories posted on thelastlineofdefence.org.

Did you think Mr Trump was lying when he said Mexico sends us their worst? [READ MORE]

Read About When Donald Trump PERSONALLY Helped 200 Stranded Marines, As The Media Ignores It

Here Are The Charges Trump Plans To File Against Obama

This Could be Disaster for Trump

Comparing the headlines and articles above  with Capella and Jamiesons' strategy oriented features, they pretty much tick all of the boxes:

1: Winning and losing as the central concern

2: The language of wars, games and competition

3: A story with performers, critics and audience (voters)

4: Centrality of performance, style and perception of the candidate

5 Heavy weighing of polls and the candidate's standing in them

Donald Kanter & Philip Mirvis claimed, “cynicism works as a reactive force, stemming from pessimistic expectations of other individuals, authority or society.”  These 'fake news' stories give readers plenty to react to and the example of a presidential candidate slapping a man in the audience during his speech doesn't garner the highest of expectations, but it makes for great 'fake news' and, evidently, a good return on investment.

The juxtaposition between ancient, virtuous cynicism and now is somewhat ironic. Ancient Cynics satirically mocked social conventions in an attempt to highlight their disdain of money, whereas today similar techniques are used for monetary gain by some (such as the case with the Macedonian teenagers), while others justify monetary gain by proliferating misinformation as satire (as does Christopher Blair).

Perhaps the most important aspect of this phenomena is the role that 'fake news' plays in wider society. It's difficult to tell how these pieces of content shape people's belief systems, but we do know that people do act on these stories and that their actions have real-world consequences. This is why we need a platform to counter 'fake news' and to bring credibility back to today’s fragmented news ecosystem.

Find out more about how Logically's platform counters 'fake news' on our about us page.

President Donald Trump and Joe Biden both held individual Town Hall events last night in lieu of their previously planned head to head debate. Below are a selection of our fact checks from the President's Town Hall, hosted by NBC. We have also...