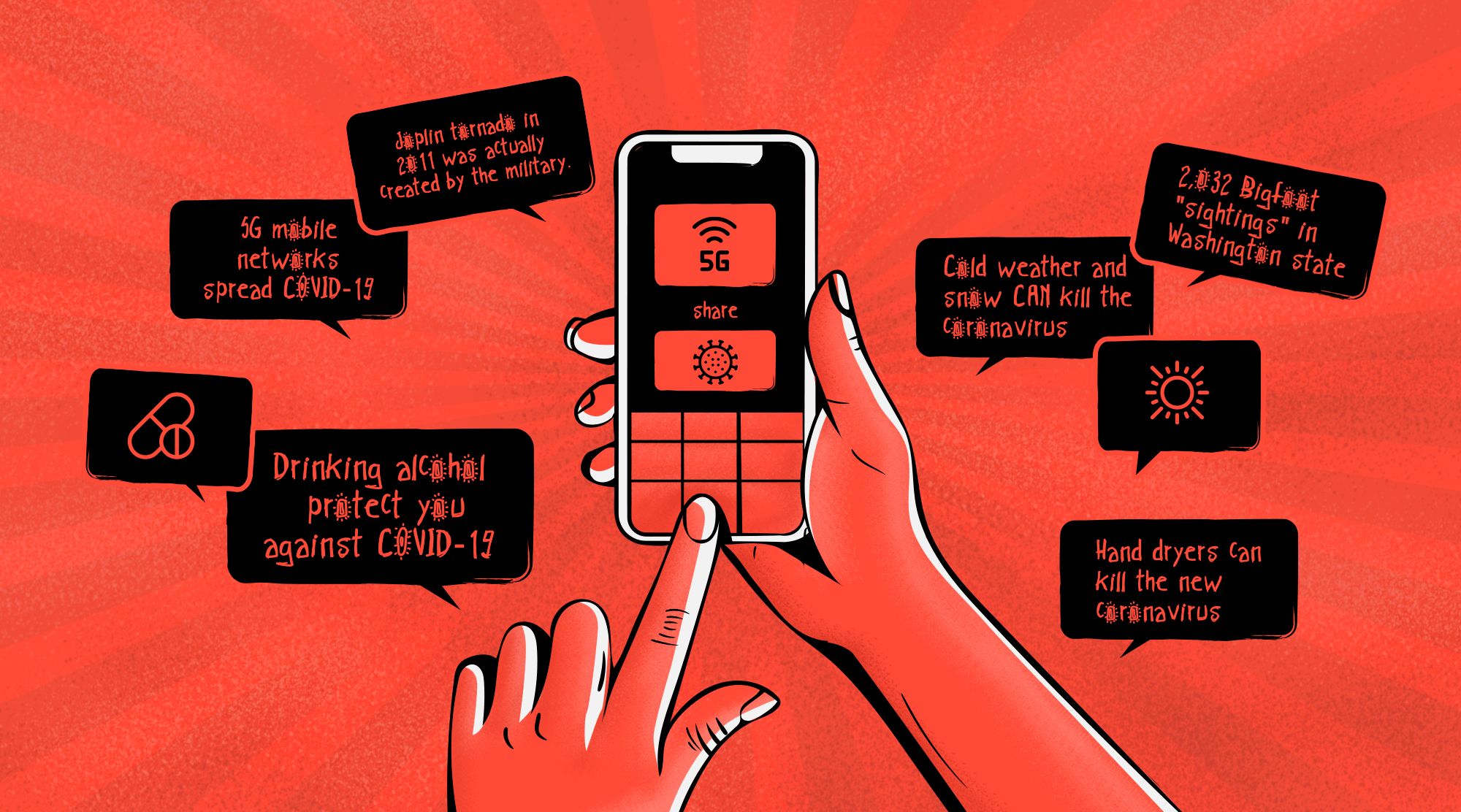 When it comes to coronavirus, there are two big conspiracy theories. The first – which is beginning to cross over from the realms of conspiracy to become official US policy, endorsed by Donald Trump and Mike Pompeo – is that COVID-19 originated in a Wuhan lab; and either leaked  as a result of improper safety procedures, or was deliberately manufactured and then released by the Chinese government  in order to hasten the collapse of the West.

The second is that COVID-19 does not really exist at all: that the whole ‘pandemic’ angle has been invented as a way of covering up the fact that these health problems  result from the roll-out of the 5G network, first in Wuhan and now in Europe. There are a number of variants on the 5G-coronavirus conspiracy theory, but whatever people actually believe, this belief is at any rate causing them to burn down 5G towers.

The question that interests me here is not: “are these theories true or false?” (I mean, certainly ‘the intelligence community’ seems at least somewhat torn on the lab-leak thing). The real question is this: why are people pushing them? Suppose they are lies: why lie in this way? Suppose they are true: why would people who are famously quite happy to lie about stuff, like the US President, be giving us this truth?

The first clue  can be found in a recent interview with French writer Michel Houllebecq – best-known for peddling nihilistic reductionism in novels such as Atomised, and flirting with Islamophobia in works such as Platform and Submission. COVID-19 is a “banal virus,” Houllebecq said, “[it has] no redeeming qualities… It’s not even sexually transmitted.” Houllebecq’s expectation is that the virus will not even end up changing anything significant in the long run. All we will witness, in its aftermath, is the acceleration of tendencies already extant and identifiable in the pre-COVID world: the increasing isolation and atomisation of individual human beings from one another; the rise of China at the expense of Western powers.

Houllebecq, I suspect (given his record), was trying to be cynically provocative rather than genuinely insightful. But his words raise what I think must be a common suspicion, a nagging back-of-the-mind worry or doubt. We are all holed up because of coronavirus, unable to engage in almost all of the usual activities that ordinarily distract us from the fundamental emptiness and pointlessness of our existence. But what if the experience of the pandemic is all for nothing? What if there is no grander narrative context in which we might place COVID-19? What if the pandemic really is just a blind, natural event, which has halted our lives basically at random, for no reason?

It is from this worry coronavirus conspiracy theories are able to rescue their proponents. Both, crucially, take a natural event and ascribe to it some sort of direct, human agency: either as the result of a human-level institutional cock-up (the lab-leak theory), or the actual malice of a powerful opponent (the idea COVID-19 was manufactured by the Chinese government; or that the government wants to install 5G to kill us, or perhaps to control our minds). Through this, it is possible to fit the fact of coronavirus into an established narrative – one to which the conspiracy theorist may well already subscribe. It is no secret, for instance, that the Trump White House has fostered geopolitical tensions with China – so why let a good crisis go to waste in pursuing that goal? The 5G conspiracy theory, meanwhile, is very much of a piece with other anti-government conspiracy theories such as QAnon, which has its own mind control narrative that dovetails nicely with this one (prominent conspiracy grifter Alex Jones even sells a “5G Kills” t-shirt).

It would be wrong to conclude that the only attempts at narrativization of this crisis are coming from conspiracy theorists. Along with these conspiracies, there has been an almighty effort to paint the crisis as something inspiring: recent adverts from Facebook and Uber romanticize the lockdown as an expression of human collective will. In the UK, this advertising effort has been complemented by rituals such as the Thursday 8pm clap for NHS workers. The press has played its part too, treating Boris Johnson’s illness and recovery as a rousing metaphor for the health of the nation. (And it is worth mentioning too that in his speech on Sunday, Johnson kept referring to the “sacrifice” the nation had made to get his new scale down to a 3.5 - finally, some credit for our invention of the ‘socially distanced conga line’.)

The problem, of course, is that this way of narrativizing the crisis lends itself to a style of thinking every bit as delusional as that of the most rabid conspiracy nut. By leaning into it, the government has managed to get away with myriad sins over their handling of the pandemic, from failing to supply enough ventilators, to cooking the books after falling short of their testing targets. The party’s approval ratings have skyrocketed, even as the country’s death rate has spiked to become the highest in Europe.

What we need is a way of thinking about coronavirus which is neither sheepish nor conspiratorial – which might allow us to question the response to the pandemic without attributing its effects to some shadowy external threat. If there is an enemy here, it is within: in both the UK and the US it is the governments which, after having willfully under-invested in healthcare over decades, are now struggling to deal with the virus and revealing themselves as unfit for purpose. Instead, they rattle their sabres towards China to distract from their own shortcomings, recklessly toying with a future even worse than our grey and awful locked-down present.

Amid the sprawling aftermath of the U.S. election, at least one element has flown somewhat under the radar: seven candidates for elected office who have a history of endorsing or promoting QAnon won their races, being elected either to Congress or...