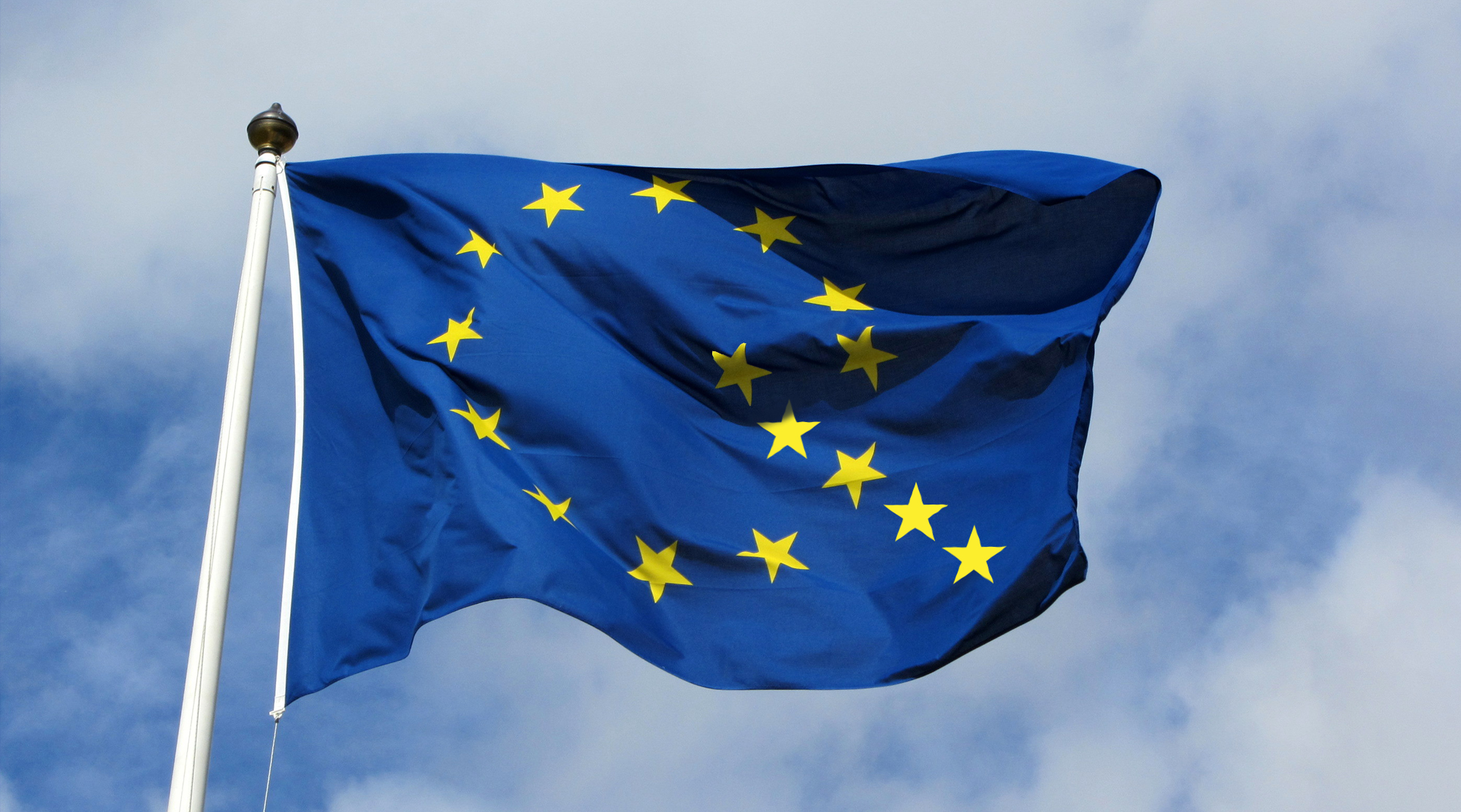 On February 19, a German white supremacist and QAnon fan killed ten people in two shisha bars in the German city of Hanau. Later this year, participants of an anti-lockdown demonstration in Berlin attempted to storm the German Parliament. Some of the demonstrators were holding signs with explicitly Q-related slogans, such as "WWG1WGA" (Where We Go One, We Go All). These events make it clear that this American-born conspiracy theory is not only spreading outside the US but also poses a real danger to other countries.

We have analyzed the origins and development of the QAnon movement in two the European countries with the most rapidly growing number of QAnon supporters: Germany and France. Our research showed that QAnon narratives were localized and adapted to fit existing political grievances in both countries, resulting in more supporters and more successful radicalization of participants.

Traffic to the largest Q Drop aggregator site shows that after North America, France, the UK and Germany have the next highest levels of interest.

The first QAnon groups in Germany were created in 2018. The initial content of the groups’ communication was a direct translation from the US QAnon sources and mostly concentrated on US political issues. The QAnon conspiracy theory depends on a mostly US-centered worldview, but has aspects that are open to being universalised, such as the narrative of light versus dark forces struggling for power. In the US context, the “dark side” is represented by Democrats, Hollywood celebrities, and the deep state, who supposedly form a Satanic pedophile group, with President Donald Trump and his supporters on the side of the light. This basic structure was indeed initially pushed within German QAnon groups, however, gradually local narratives have taken shape.

Positioned at the center of the German Q narrative is Angela Merkel, functioning as an analogue of the Democratic Party in the US. According to believers, Angela Merkel is a Satanist deep state puppet, and even Hitler's biological daughter. Emmanuel Macron, as one of her international political partners, is also believed to be a pedophile and satanist. The Macron-Merkel tandem is opposed by Donald Trump and Russian President Vladimir Putin. In fact, the Merkel narrative originated from speculations within US QAnon groups, but was quickly adapted as a perfect fit within the climate of the German far-right.

An annotated news photograph turned into a meme by QAnon supporters

Existing German right-wing conspiracy groups played an important role in the building of the QAnon community there. In the early stages of the German Q movement, German conspiracy theorists became involved and began, step by step, to create a local agenda. One of the first German figures observed openly sharing QAnon ideas in Germany was Oliver Janich. Janich is a German far-right conspiracy theorist, known for his anti-migrant and antisemitic positions. In November 2018, he informed his followers that the Q drops from qmap.pub could be viewed translated into German. At the time of writing, Janich is still posting Q drops and promoting QAnon. However, Janich was alone in adopting the theory within Germany.

In February 2020, German media reported about the growing popularity of the QAnon conspiracy among the right-wing. The most dramatic case was the previously mentioned murder of ten people in two Hanau shisha bars. Local media reported that the killer was a QAnon follower. This was one of the earliest mentions of QAnon in German media, but these tragic events failed to stop the theory’s increasing popularity.

One supporter of the far-right who gave the QAnon movement in Germany a massive boost was singer Xavier Naidoo. In April 2020 Naidoo published a video of himself crying. Naidoo explained his tears, telling his followers that children all over the world are kept in tunnels and tortured. Shortly after, Naidoo wrote a song called Adreno. The song provoked more attention to the notion of “adrenochrome” (a chemical compound held by QAnon believers to be routinely harvested from the blood of abused children for consumption) from the German Q supporters. Telegram channels with an adrenochrome focus were created in April, immediately after Naidoo's song was released. Like their American counterparts, German Q supporters began their hunt for possible adrenochrome junkies. For example, conspiracy theorists purported to have found references to adrenochrome in the music video for “Engel”, a track by the German band Rammstein. The users concluded however, that it was not clear if the band is involved with adrenochrome consumption, or merely giving hints about others consuming it.

Speculation in German QAnon groups about children from the Rammstein video having so-called Panda eyes, supposedly connected to adrenochrome consumption.

The release of Naidoo's song boosted the adrenochrome myth during the COVID-19 lockdown in Germany. At the same time, QAnon reached massive popularity, attracting the attention of even more German far-right groups. On April 20, the birthday of Adolf Hitler, the far-right group Pro-Chemnitz organized a rally against the lockdown. According to German media reports, Q supporters were already openly present there.

The biggest rally involving German Q supporters happened on August 29th; the rally against COVID-19 prevention measures was attended by COVID-deniers of various backgrounds, but one of the most notable developments was the appearance of a group of people carrying signs displaying QAnon symbols and posters featuring Trump and Putin. When German police decided to stop the rally, demonstrators rushed to the Russian Embassy and chanted "Putin, save us from dictatorship". Their next target was intended to be the US Embassy, but they were intercepted by German police. Some of the demonstrators with signs promoting Trump, Putin and Q were members of a far-right conspiracy group known as the Reichsbürgerbewegung (Reich citizens movement). Members of the Reichsbürgerbewegung group believe that the Federal Republic of Germany does not exist and the country has been occupied by the Allies since 1945. The group opposes NATO and demands the reevaluation of the peace treaty of 1945. This narrative chimes with Donald Trump's history of negative rhetoric towards NATO and the belief among QAnon supporters that Trump is a savior figure poised to right various historic and geopolitical wrongs.

Up to now, the August 29th rally was the most significant appearance of German QAnon groups, and the biggest manifestation of the Q movement in Europe. But the confluence of the German far-right and the QAnon community seems poised to grow even stronger in future.

The QAnon movement in France originated in Gilets Jaunes groups in 2018, according to NewsGuard. Indeed, the Gilets Jaunes or Yellow Vests movement, which demonstrated its dissatisfaction with the politics of Emmanuel Macron, was one of the first points of dissemination of the QAnon conspiracy theory in France. The Yellow Vests’ criticisms of Macron were reshaped by QAnon supporters into a narrative of Macron as part of the deep state. This claim was also supported by the German conspiracy groups, who believe that Merkel and Macron are acting in tandem to sabotage Donald Trump. Another sign of the merging of the French Yellow vests and QAnon is a Facebook group Facebook Gilets Jaunes versus Pédocriminalité (Yellow Vests versus pedophile crime), which was created in 2019 and is still very active. On September 6th of this year, the group held a rally against pedophilia in which QAnon talking points were present.

Telegram screenshot: Q iconography among the Yellow vests movement in 2018

Just like in Germany, the French QAnon community grew rapidly during the lockdown period. In June alone several new QAnon websites were created. One of the websites adapted Trump’s campaign slogan, imploring followers to “Make France Great Again”. The newly created sites are much more radical than the QAnon groups which originated in the Yellow Vests movement, and share agendas with many of the American QAnon groups on social media, including stories about Satanists and occult rituals.

The far-right narrative in France was pushed by a Twitter account with the handle @QanonFrance, including videos from the French far-right ideologue and writer Alan Soran. Soran’s account on Youtube was suspended in July 2020. QanonFrance was later blocked by Twitter. But anti-migrant and far-right sentiments are still present on both sites, showing existing tendencies for far-right conspiracy theorists to exploit.

The growing popularity of QAnon in Europe has demonstrated the ability of the Q ideology to merge with smaller local groups and adapt to existing agendas. Both German and French cases show that QAnon supporters tend to localize their narratives and adapt the QAnon ideology to the political agenda of their countries. In the German case, active involvement of the far-right leaders and conspiracy theorists resulted not only in massive popularity but in the active and sometimes violent presence of the Q supporters in offline demonstrations. In France, QAnon was adopted by the Yellow Vests movement, which already was popular. The localization resulted in a different development of the Q movement in each country. In the German case, the local movement has already proved its capacity for extremism, and the initial far right tendencies of the French movement can lead to further radicalization, as seen in Germany.

This week, the State of Missouri filed a lawsuit against the Chinese government, seeking “billions of dollars” in damages over the impact of COVID-19 on the local economy. Filed by Trump-supporting state Attorney General Eric Schmitt, the suit cites...

The final season of The Leftovers – HBO’s drama about a world adapting to the aftermath of a semi-apocalyptic event – opens with a montage separate from the show’s main narrative in the present day; we’re taken to a nineteenth-century American...