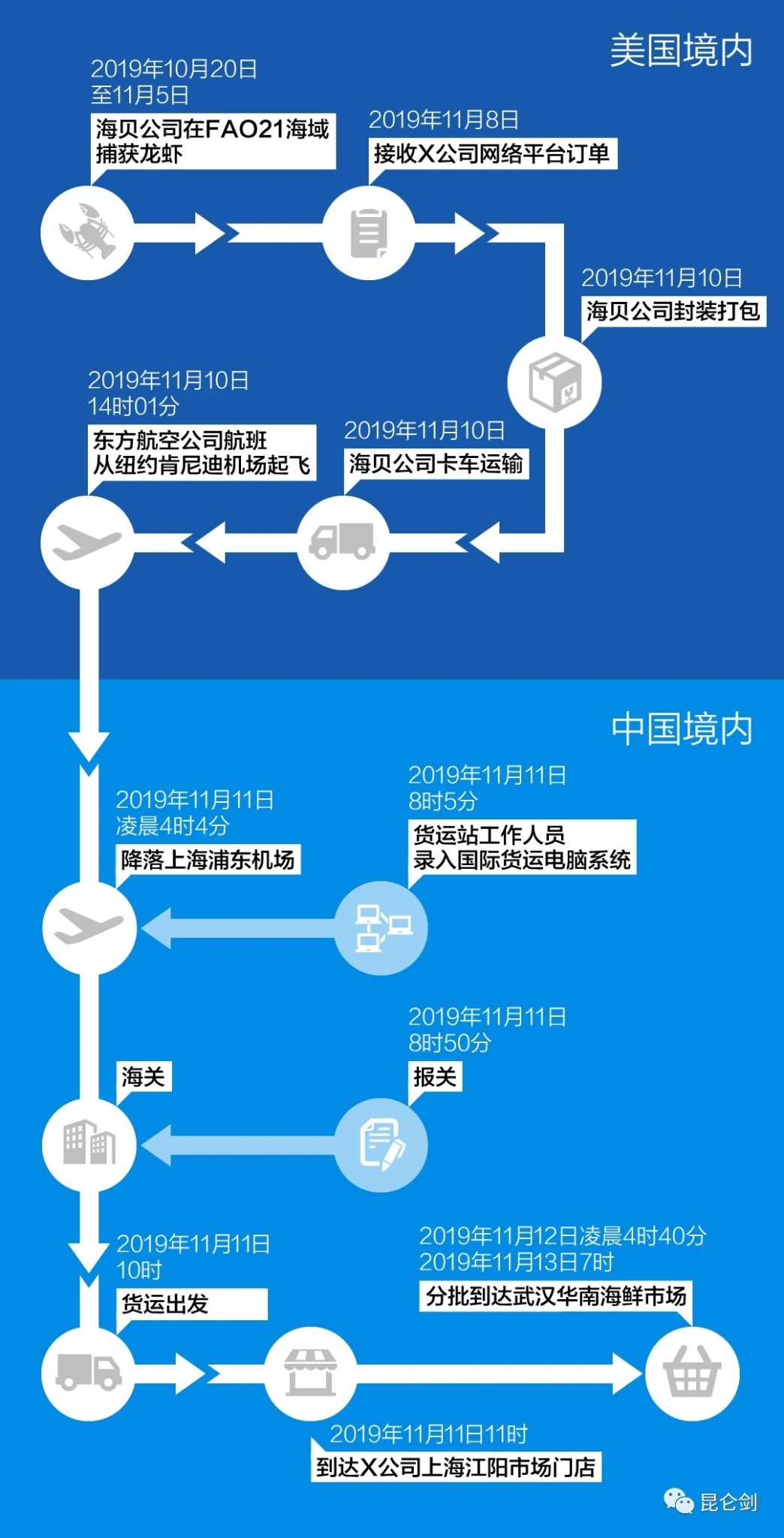 A piece of disinformation suggesting that COVID-19 originally came from U.S. seafood imported into China has been promoted by several Chinese consulate officials, a Logically investigation has found.

The conspiracy theory was spotted on September 19 by Twitter account @itrulyknownchi1, which has since been deactivated, reactivated, and has deleted all of its tweets. According to the user, it originated on a WeChat blog published six days ago that claimed COVID-19 originated from lobster harvested and packaged in the U.S. state of Maine.

The WeChat blog includes several flowcharts and diagrams explaining the cold supply chain that moved the supposedly infected lobster from Maine, to JFK Airport in New York, to Shanghai and finally to the Wuhan Seafood Market.

Searching for the keyword “American seafood” in Chinese (美国海鲜) on Twitter pulled some of the most prominent influencers pushing this narrative, including two Chinese diplomats.

The Twitter account @chinasmpb pushed this story in Chinese to 12k followers regarding this particular incident. He added some of the diagrams from the blog.

Twitter account XIJIN LI shared this story to their 30k followers. According to the user, "suspicious American food" was received at the South China Seafood Market before the pandemic.

Both Xijin Li and Twitter user Dai Shihan copied the title of the blog, which translates to “Great clue! Suspicious U.S. seafood received at Huanan Seafood Market before the outbreak”. (重大线索！华南海鲜市场疫情前收到可疑美国海鲜。)

Although the above account has only 850 followers, it was retweeted by the Consul General of the P.R.C. in Kolkata, Zha Liyou, and he added an English caption:

"Major suspect of covid via cold chain identified: A MU298 of Nov 11, 2019 Carrying Seafood from Maine, US to Huanan Seafood Market, Wuhan, Hubei via Shanghai. During the next few weeks, many workers around around moving this batch of seafood got infected."

MU298 is the flight code for China Eastern's route from JFK New York to Shanghai Pudong Airport, and was the a part of the supply chain described in the original Wechat blog post.

Another Chinese diplomat, Consul General in Osaka, Xue Jin, retweeted Zha Liyou. Xue wrote, “Is the source of corona the United States? !! There is another clue that seems to be evidence.”

Disinformation of Chinese origin about the nature of the COVID-19 pandemic has been used before to try to shift blame to the U.S. Last month, a Chinese Foreign Ministry spokesperson alleged that the pandemic had emerged from a U.S. lab. State media has previously picked up on larger conspiracy theories about COVID-19's alleged origins from the U.S. military.

Last December, a former scientist and divisional VP at Pfizer began a propaganda campaign to halt COVID vaccine usage in the U.K. and Europe. Mike Yeadon, alongside the German doctor Wolfgang Wodarg, filed a petition with the EU regulations...