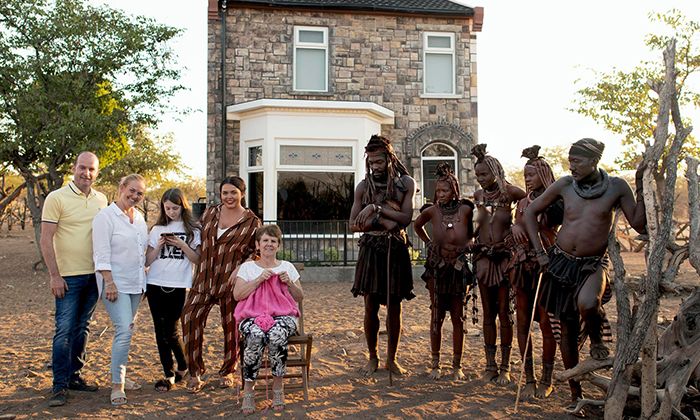 Channel 4 has announced a new TV series called “The British Tribe Next Door”.

In the show, reality TV star Scarlett Moffatt and her family will be living in Namibia, alongside the Himba tribe. They are bringing their entire (or at least a replica of their) semi-detached house from County Durham.

Channel 4 has explained that the Himba tribe have agreed to host the family so that they could judge the consumerist Western lifestyle first hand. Due to this, the Moffatt family will still have access to running water and electricity – including their iPhones and television.

Chief Tijone of the Himba tribe has spoken out about his expectations of the show:

“When the visitors come, they can explain everything to us, and we will learn from each other’s cultures.”

The head of factual entertainment at Channel 4 Alf Lawrie has also spoken about the goals of the show:

“This series contrasts two worlds on a spectacular scale – but at its heart, is about the extraordinary relationships it creates.”

So far, the show has not been receiving very positive feedback despite it not having aired yet. Guardian columnist Afua Hirsch even published an article highlighting the issues she found with it.

How do you feel about this show?