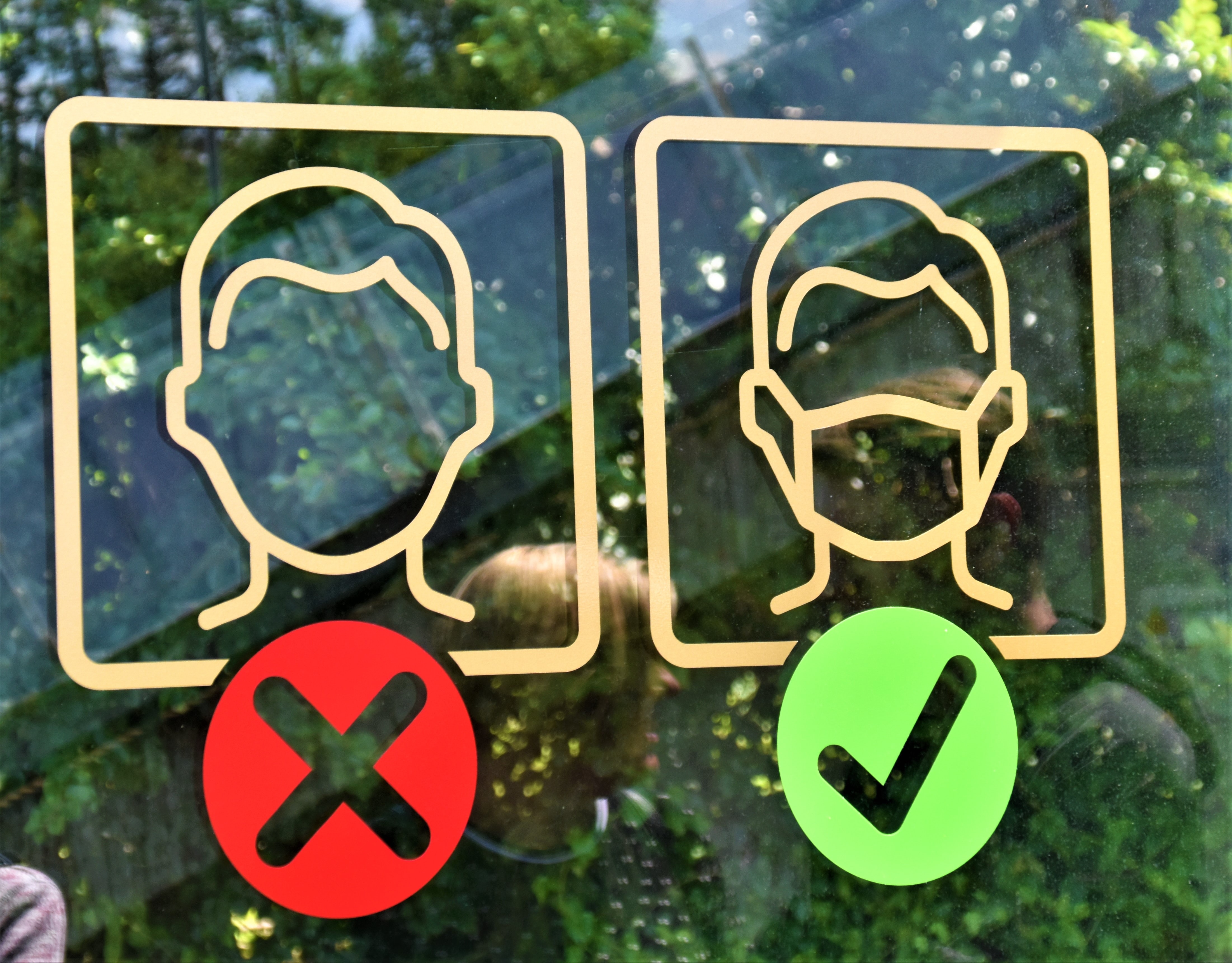 As the United States' leading health protection agency, the CDC's main role — at least during this pandemic—  is to mitigate the risks of COVID-19. However, its latest guidance, which allows fully vaccinated people to remove their masks in most settings, has left many feeling like the agency has abandoned them.

"Traditionally, the CDC has been cautious in giving guidance, and that's a good thing,” says Francis Di Noto, a New York resident who has been vocal about mask usage since the beginning of the pandemic. “But now, all of a sudden, the new mask rule feels like an aggressive approach. I feel it's a huge change, and it's confusing people.”

On May 13, the CDC announced that fully vaccinated people are no longer required to wear masks in most indoor and outdoor, large or small gatherings, including places such as grocery stores and pharmacies. Rochelle Walensky, the CDC's director, said the scientific data on vaccine effectiveness convinced the public health agency that fully inoculated individuals could return to "some sense of normalcy." Wallensky added that how soon people could return to their pre-pandemic lives lay in their own "very capable hands."

I fear this guidance is coming from a place where it's trying to appease what people want and not what people need.

However, on May 19, 2021, only 37 percent of the country was fully vaccinated. Furthermore, the country has no way of enforcing vaccine uptake, and vaccine hesitancy is proving to be a persistent challenge. In short, the new advice leaves room for unvaccinated people to ditch their masks, risking themselves and others.

Di Noto said, "I fear this guidance is coming from a place where it's trying to appease what people want and not what people need.”

Some states, eager for the promised return to normalcy, have ditched a threshold of relaxing rules in line with total vaccinations. North Carolina officials initially stated that they wanted to immunize two-thirds of its vaccine eligible population before repealing masks. However, immediately after the CDC recommendation, Governor Roy Cooper lifted most of the state's mask and physical distancing rules for the fully vaccinated. So far, the state has vaccinated only 42 percent of its population with one dose.

Eek, correction. Before the CDC change, North Carolina had a sensible policy, saying the mandates would all be lifted when two thirds of adults had at least one dose. One could quibble with the exact number, but it was a goal and a benchmark. Now all gone. https://t.co/vsUuXZHMQ6

Businesses have been left to implement their own mask rules. Big retailers such as Costco, Target, Traders Joe’s, and Walmart have dropped their mask restrictions for fully vaccinated people. Erica Smiley, Executive Director of a union rights organization called Jobs with Justice told Mother Jones. "After 18 months of seeing co-workers get sick and pass away and to now have to be in a situation where that could happen again—aside from putting workers’ health at risk, it’s also really traumatizing.”

According to a recent survey, around 25 percent of unvaccinated people in the U.S. might not wear a mask either indoors or outdoors. Just hoping that strangers adhere to CDC guidelines — and are honest about their vaccination status — is especially distressing for the immunocompromised, who are more at risk from unmasked and unvaccinated people. Hannah, an immunocompromised person who only wanted to be identified by her first name, said, "In the current scenario, the least safe will feel less safe."

Asked if there has been an erosion of trust in the CDC, Hannah agreed that there has. “Historically, I have had a lot of appreciation for the CDC. Since science is constantly evolving, I understand why they changed guidelines on sanitation or shifted to saying that COVID-19 is airborne. But it makes me uneasy when they suddenly relax restrictions without sharing a roadmap keeping vaccination levels in mind."

If tomorrow the CDC finds out that, despite vaccination, you can still spread a considerable load of the virus, I will feel horrible if I've spread it to some elderly or immunocompromised person.

The CDC's mixed messaging has fueled public mistrust in the health protection agency. Selin Kilic, a director at Digital Media Rights, has played an active role in making her work COVID-19 secure and she continues to wear a mask despite being fully vaccinated. Kilic believes that since the CDC has limited data on the transmission of COVID-19, she does not want to go maskless and risk vulnerable groups.

"I think the CDC's decision is a little premature, and regardless of what it says, I still plan on wearing a mask,” Kilic says. “If tomorrow the CDC finds out that, despite vaccination, you can still spread a considerable load of the virus, I will feel horrible if I've spread it to some elderly person or an immunocompromised person."

More than a year into the pandemic, it is clear that collective behavior is vital in curbing the spread of COVID-19. The current CDC mask guidance shifts away from concerted collective action to individual duty. Instead of making people feel safe, it has caused chaos for many, including Di Noto: "It's almost like all roads are leading back to the beginning of the mask dilemma: to only care for yourself. It makes not wearing a mask a very selfish action."

US lawmaker Katie Hill has announced her resignation from Congress amid allegations that she had a sexual relationship with a Capitol aide.

On Feb 13, 2021, several media outlets reported that Uttar Pradesh police had announced plans to monitor internet users’ pornography consumption, allegedly as as a move to curb crimes against women. Clarity around the program is severely lacking...