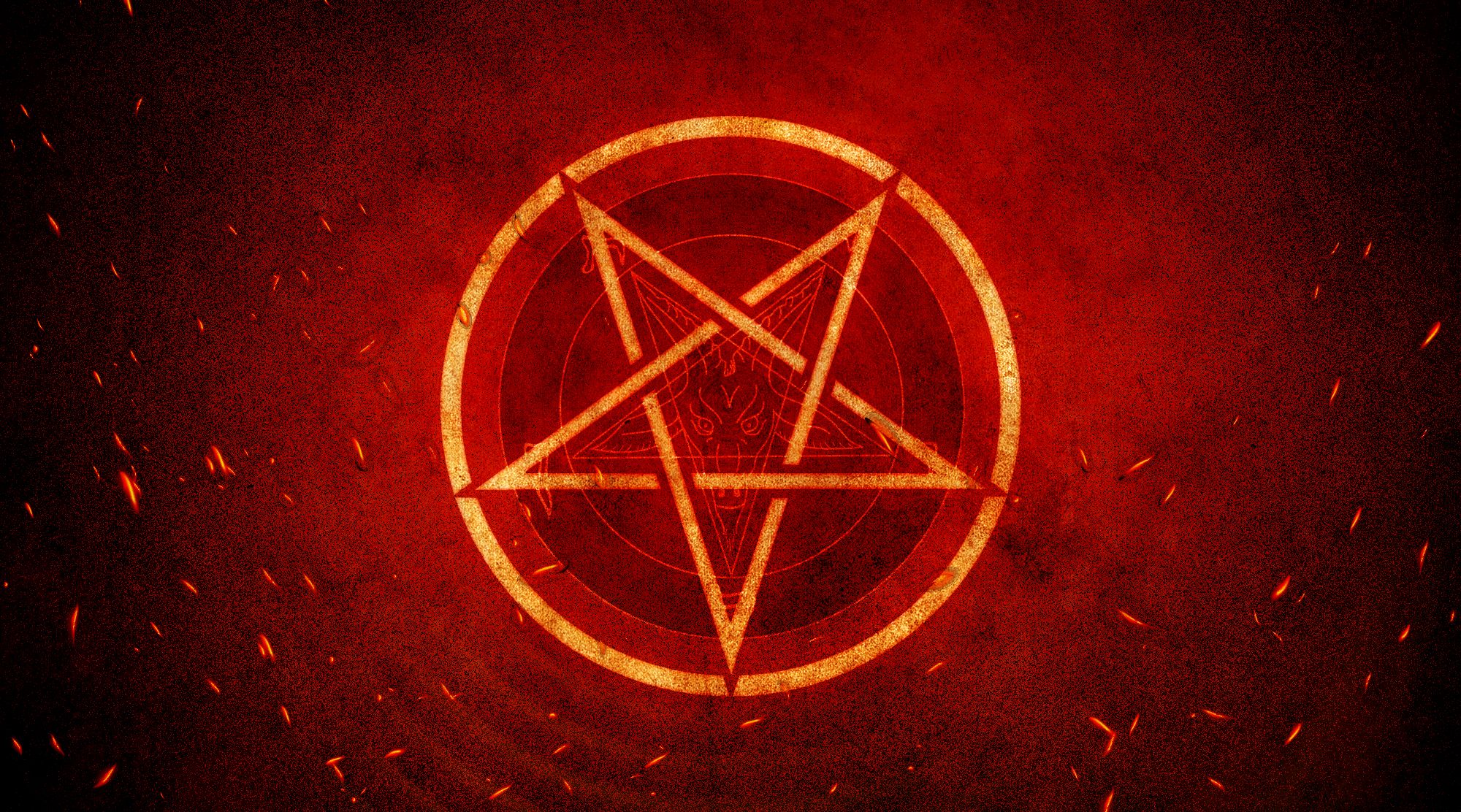 Marina Abramovic is not enjoying lockdown. The Serbian performance artist has appealed for conspiracy theorists to stop harassing her with claims that she is a Satanist who participates in ritual abuse of children. On April 10th, a film in which Abramovic had participated was uploaded to Microsoft’s Youtube channel. The film was essentially a slick advertisement for a piece of virtual reality hardware produced by Microsoft, which Abramovic has used in an artistic work called “The Life.” The film had to be taken down when the comments were swarmed by right wing conspiracy theorists obsessed with Abramovic, who claim her art is evidence that she plays a role in a Satanic sex cult along with the Clintons, Tom Hanks, Katy Perry, the Obamas and others.

Followers of the ‘QAnon’ conspiracy theory first latched onto Abramovic when she was mentioned in Wikileaks’ release of the hacked emails of John Podesta, a senior figure in Hillary Clinton’s 2016 election campaign. In June 2015 Abramovic invited Podesta, already a target of Pizzagate and later of QAnon conspiracists, along with his brother to an evening of ‘Spirit Cooking’ at her New York apartment.  Spirit Cooking refers to a cookbook and later performance art piece that Abramovic developed in the 1990s. The works included “recipes,” often comprising baroque combinations of bodily fluids, with directions such as “mix fresh breast milk with fresh sperm milk,” and “with a sharp knife cut deeply into the middle finger of your left hand – eat the pain.”

The mention of Abramovic, plus the content of her work and the invitation to the Spirit Cooking evening sent the conspiracy theorists into overdrive, certain that they had found proof of the artist’s orchestration of Satanic rituals in the form of dinner parties attended by the metropolitan liberal elite (are you keeping up?).

To try to make sense of this recurrence, I spoke to Sarah Marshall, an expert on the original Satanic Panic of the 1980s, and a co-host of the podcast ‘You’re Wrong About,’ which debunks and contextualises misconceptions surrounding events from pop culture history. I wanted to ask Sarah about what’s changed between the era she researches and now, and why people still become targets for satanic conspiracy theories.

There are some strong echoes of the Satanic Panic of the 1980s in the QAnon conspiracy. Why do you think this is happening again?

It never really ended. We saw the last famous successful prosecutions of people for satanic ritual abuse in the United States in the late nineties with the San Antonio Four. When I look at the QAnon satanic conspiracy theories, the question is “did it stop being the Satanic Panic at some point because it stopped being something that law enforcement and prosecutors were convinced was real, or is it still the same phenomenon, but evolved into an underdog-type conspiracy theory?”

It’s a worldview where someone who you find threatening in a way that is difficult to put into words is someone who you decide is in league with Satan. Maybe the core of it is that it’s a phenomenon we see when people need to conceive of their enemy literally palling around with Satan to justify how they react to them. No response is disproportionate when you’re waging a holy war.

Why do you think that child sex abuse is one of the things that get exploited in these conspiracies? In the 1980s, the culture was coming to understand that child sex abuse exists in the way we now understand it – it had previously been called father-daughter incest. Do you think that there’s a parallel happening now, or is there a different reason for this making a comeback?

The discourse around child sexual abuse in America has been very fraught from the beginning; we had this rude awakening in the late 1970s, where we realised sexual abuse takes place on a significant scale. We really had not accepted that as a culture beforehand. Then there was this secondary realisation that it also takes place so frequently in the home, in the context of a nuclear family. People started to realise that the nuclear family was not in itself a source of security; that it could be dangerous, or hide danger within its structure, and it needed to be rethought and rebuilt from the ground up into something better and healthier. So the theory that I want to bring to the example of the Satanic Panic is that in order to avert this realisation, we created and focused more intensely on scenarios where the threat appeared to be coming from outside the home. Whether that’s the stranger in the van, or the Satanist in the day-care centre.

There’s crossover between people taking part in QAnon conspiracy theories about Satanism and child abuse and people who are Christian themselves. The Christian right in the United States contains many instances of sexual abuse thriving within a closed system such as a church. There’s also a lot of work that goes into molding children to grow up into certain kinds of adults within the Christian Right here, with potentially traumatic consequences for any child who cannot be molded. I think that there’s an awareness on some level that treating your children that way isn’t good for them either. If you’ve made a decision to raise your children in a culture that sees them as tools in an ongoing culture war, and to vote for a party that is not acting in their best interests, or at times is actively harming them; then it’s helpful to have a boogeyman in the figure of the sexual abuser. Someone who’s not part of the social world that you live in, but outside of it.

Both the Satanic Panic and the QAnon theory depend on some extremely outlandish claims. Do you think the intensity of those themes is paralleled now?

In the eighties there was an episode where a day-care worker was accused of kidnapping a baby gorilla from a nearby park, amputating one of its fingers, and draining the blood to perform a satanic ritual. It turned out there had never been gorillas in the park, or anywhere near it. QAnon conspiracists aren't worried about things being plausible either. One trope that seems directly descended from the Satanic Panic is the idea that liberal elites are harvesting an adrenaline-related drug, adrenochrome, from children. They also claim that the red shoes the elite abusers wear are the skin of the children that they have murdered. That’s fascinating because it’s like “Are you telling me that there’s some centralised system where the elite illuminati has a dedicated child skin shoe cobbler? Or is the world so rich and corrupt that they’re able to pay an accomplished shoemaker to do this? Or do they all know how to do it all by themselves, like Buffalo Bill?”

What’s different this time round?

What I find interesting in comparing QAnon with the Satanic Panic is that in the 80s the starting point was stories that were coerced out of very young children. With the very first case – the McMartin case – there were kids as young as three years old who were producing these very ‘out there’ stories in response to repeated questioning about sexual abuse. They said people were flying, and there were animal sacrifices and tunnels. You look at that and you think “Yeah, that’s the kind of story that a three year old might produce under pressure”. With QAnon, all of these stories are coming directly from adults; that’s very different.

In that way, it feels more like a fandom, there’s a sense of community, and a sense of identity. I remember when Twitter started, thinking “But, no one wants to know what celebrities are thinking directly from them, and that’s not good for celebrities either. This is a terrible idea.” If we hear directly from celebrities, where do we get that fan experience verging on erotomania where we try to interpret tiny little clues from people’s public appearances? Now we have a pipeline into their brain.

If you’re engaging in these conspiracy theories about Tom Hanks, you get to have a golden age of celebrity type experience where it’s irrelevant what he’s saying, because you feel you know what he’s really all about. And everything is a secret hint. We crave that experience, we love dissecting narratives; it’s something we do with TV fandoms or a sci-fi fandom online, but here it’s mapped onto real people.

What do you think about a person like Marina Abramovic spending a long career making “provocative” art, and then hitting a wall, by provoking something that she didn’t mean to provoke? I don’t think Abramovic conceived of this as a possible reaction to her work in a million years.

I think it’s very sad that you can spend your career making confrontational art that attempts to reflect some kind of an honest human experience, between artist and spectator or artist and participant, and have it misunderstood in this way. From my own experience I think it takes a kind of open heartedness to attempt that, and to attempt to create genuine intimacy between your art and the person experiencing it.

I was also struck by the piece where she’s scrubbing cow bones and singing, Balkan Baroque – if you look at that piece, there are bones and there’s blood so of course you could say it was Satanic. But that piece was about her childhood, and art is also a way of processing trauma. You can integrate bones and blood and violent imagery and ideas in your art as a way to free yourself from something that happened to you, without advertising violence, or suggesting your own participation in violence.

It strikes me as especially dangerous that in an increasingly violent and death-filled time we’re creating conspiracy theories that attempt to silence art that is providing ways to process what we’re going through as a culture.

This is a great example of one of the reasons we need the humanities; so people can understand that appreciating a text is more than just searching it for signs that support your personal worldview. So, what’s happening to this work in particular…it makes me very sad.

Sarah is on Twitter at @Remember_Sarah. You can listen to You're Wrong About wherever you get your podcasts.