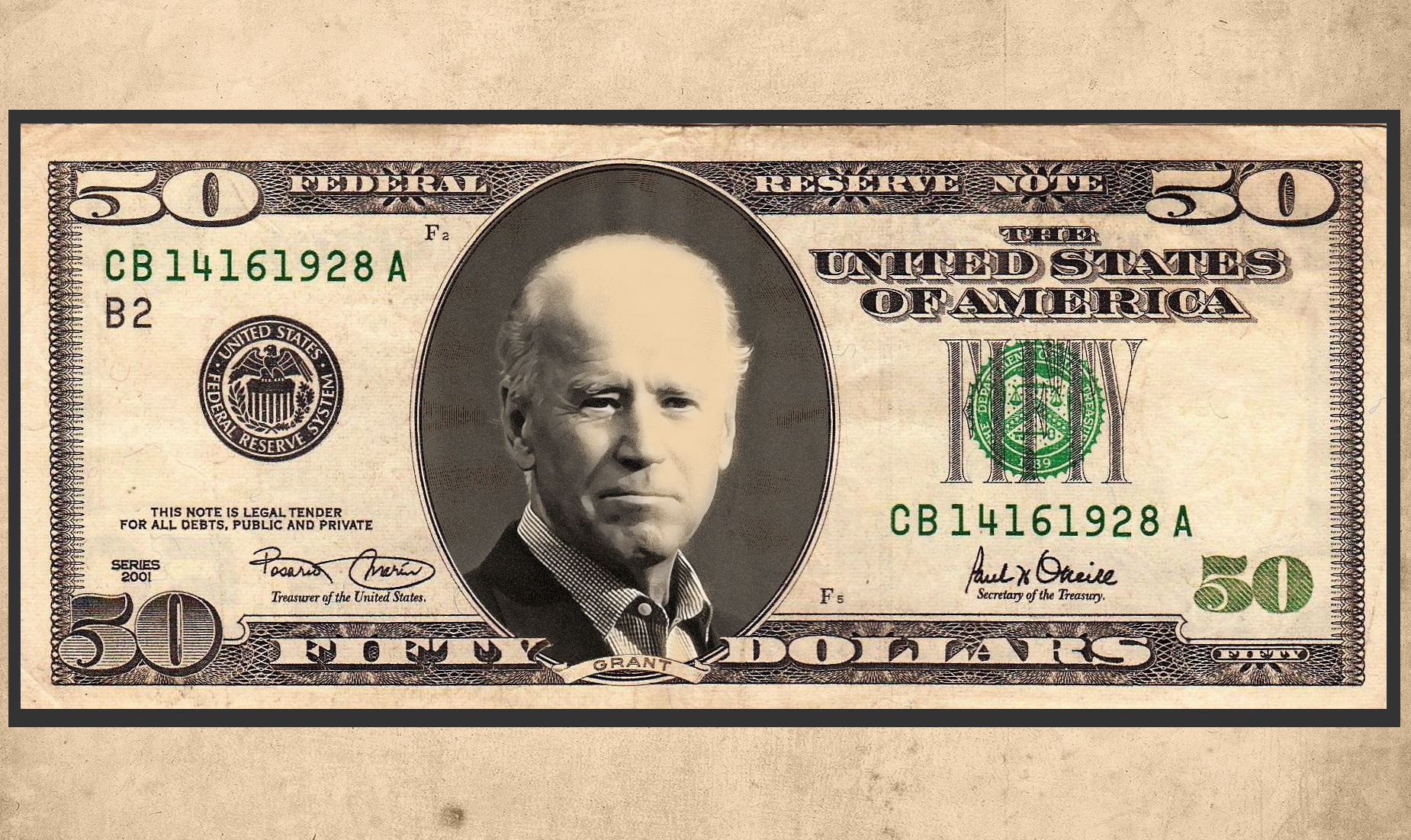 Joycelyn Fish, a member of the audience, started by saying, “Student loans are crushing my family, friends, and fellow Americans.” Before she could say anything further, Biden's response was, “Me too.” Fish laughs and goes on with her question, but Biden interjects again, asking “You think I’m kidding?” Clearly, Biden was very keen to give the impression here that student loans are indeed a problem for his family. So I decided to do what I do best, and fact checked the president.

We looked into Biden’s children and grandchildren (who have gone to college) to see what their likely tuition costs were, and compare them to the family’s declared income to see whether those costs were likely to have been accrued as debt. Biden’s current net worth is about $9 million, and he has been in politics since 1972.

Before we begin, let me give you a brief background on Biden’s childhood. Biden’s father, Joe Sr. grew up in a wealthy household; Joe Sr’s father, Joseph, ran a division of American Oil. According to an article in Forbes, Biden’s father failed to keep many businesses afloat, leaving the family “broke” according to Joe Biden’s 2007 memoir, Promises to Keep: On Life and Politics. His father eventually got work as a car salesman.

In 1965, Biden graduated from the University of Delaware, where he double majored in Political Science and History. Based on data published by the National Center for Education Statistics, Biden must have spent somewhere between $500-$550 per annum. He then went to the University of Syracuse, where he received a juris doctor from the College of Law in 1968.

Biden has been married twice; in 1966, Biden married Neilia Hunter, and they had three children, Joseph R. “Beau” Biden III, Robert Hunter Biden, and Naomi Christina “Amy” Biden. Biden’s first wife and daughter Naomi were killed in a tragic car accident in 1972. He later married First Lady Jill Biden in 1977 and had one child, Ashley Blazer, with her. So Biden has likely been responsible for the tuition of his three children, and possibly two grandchildren so far too. I am now going to break down how much each of Biden’s children spent on college tuition and compare it to his personal wealth to sketch out the impact it’s likely had on the Biden family.

[All figures mentioned henceforth are an approximation of what was the cost of college tuition. They are not adjusted for inflation.]

So between 1979 to 2002, Biden’s family must have spent $339,260 on tuition fees. In the same years, Biden was a U.S. senator and earned exactly $2,367,601 before taxes. Therefore, even after paying all college tuition, Biden still had a surplus of $2,028,341 before taxes. Although this is just the salary Biden earned as a senator, according to Forbes, Biden had a teaching gig at Widener University on the side, which generated roughly $20,000 annually. Moreover, Jill earned about $60,000 a year from the State of Delaware, where she taught from about 1998-2008.

To put things into perspective, between 1990-2000, the median household income in the United States was between $50,000-$60,000. Biden, from just being a senator, was earning twice to four times as much. Furthermore, according to an article published in 2013 in the Washington Post, “In 1989, the median American household made $51,681 in current dollars (the 2012 number, again, was $51,017). That means that 24 years ago, a middle-class American family was making more than a middle-class family was making one year ago.” And it’s safe to assume that things are worse in 2021 because of the adverse effect on economic growth due to the COVID-19 pandemic.

This means Hunter’s daughters have so far spent $359,114 on their education. Despite enormous speculation around Hunter Biden’s business dealings during the presidential election, there is no reliable information available on Hunter Biden’s net worth, and we also don’t know whether he or his former spouse paid for their children’s tuition, whether Joe and Jill Biden contributed, or whether Hunter’s daughters took out student loans. However, Joe and Jill Biden earned $16.7 million between 2017 and 2019 from book royalties and paid speaking engagements, according to Forbes. In total, they earned $22.5 million between 1998 and 2019. It is clear that, taking the Biden family as a single economic unit, the cost of the Biden granddaughter’s tuition would have been bearable.

So based on the evidence cited above, I think it’s safe to say that Biden’s family has not been “crushed” by student loans, and it’s doubtful as to whether his family even needed to apply for student loans. Biden and Jill were making enough money to support their kids’ education while also living comfortably. We can’t rule out the possibility that Biden had other expenses (mortgage, household, automobile) but saying his family is being “crushed” as many ordinary American households are, seems like a bit of stretch, doesn’t it?

Last night, Biden carried Michigan by 16 points and won in every single county in the state. He also won by hefty margins in most of the other primary contests last night, but Michigan was the big one. Michigan was always going to be the bellweather...

This week, the State of Missouri filed a lawsuit against the Chinese government, seeking “billions of dollars” in damages over the impact of COVID-19 on the local economy. Filed by Trump-supporting state Attorney General Eric Schmitt, the suit cites...