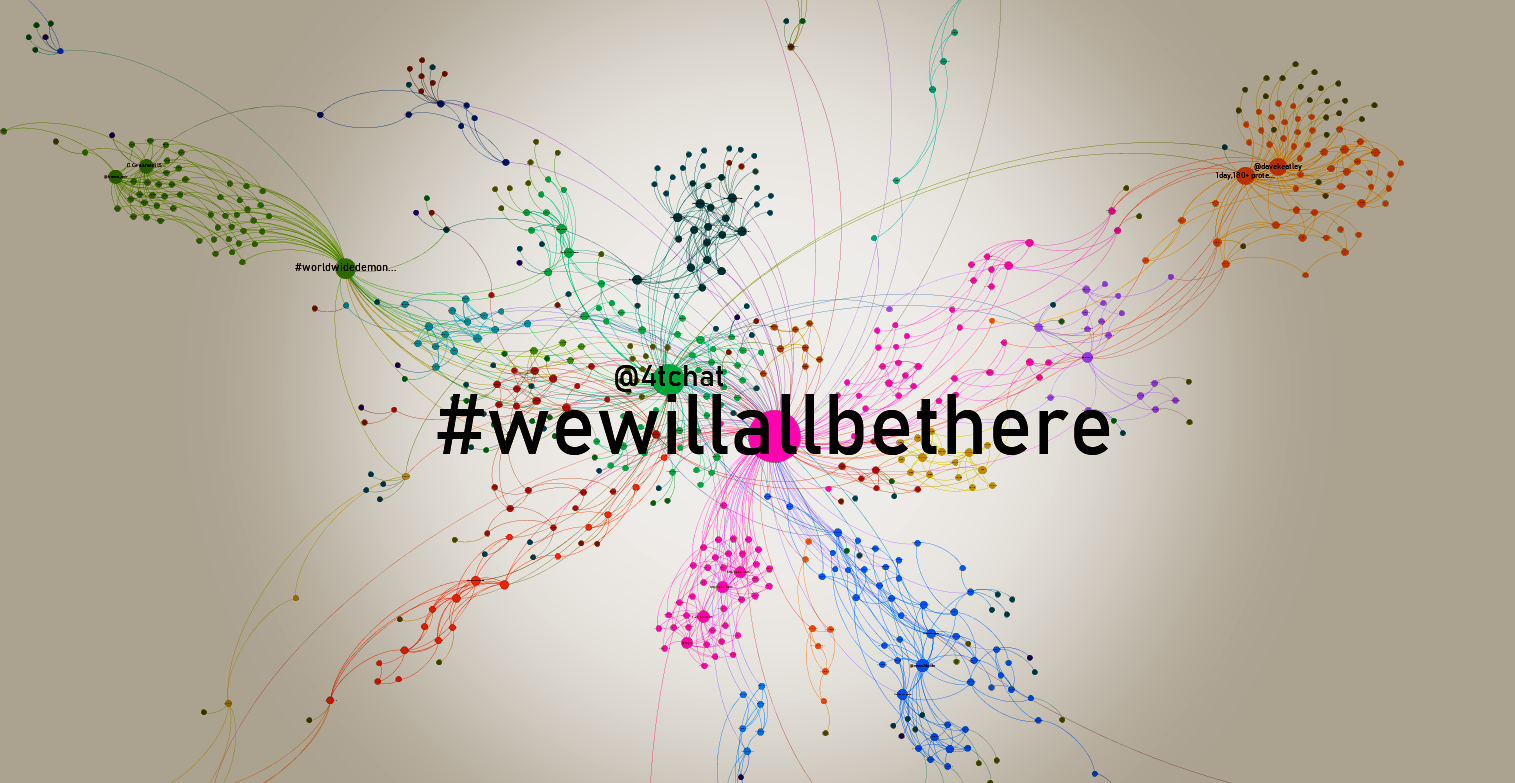 A Logically investigation can reveal that a wave of global anti-vax and anti-lockdown rallies were entirely astroturfed and coordinated by a small group from Kassel in Germany. The organization known as Freie Bürger Kassel (Free Citizens of Kassel) created and organized a wave of 129 simultaneous events and protests around the world on March 20, 2021, united under the banner of a “World Wide Rally for Freedom.” Additionally, at least 124 protests were scheduled for May 15, 2021.

For those monitoring COVID disinformation in early 2021, there was a notable addition to the parade of poorly photoshopped images of Bill Gates, fake medical messaging, and decontextualized pictures of various rashes attributed to vaccines. Sepia-toned, Instagram-friendly calls to action featuring landmarks from cities and countries across the globe. The images announced a “World Wide Rally for Freedom.” Along with this new global march, the images introduced the hashtag “#WewillALLbethere” and discreetly included a link to a Telegram “hub” channel for the demonstrations.

All in all, there were 129 different images and corresponding Facebook events for March 20, each with the intent of seeding a demonstration. This culminated in over 22,000 people registering interest across these Facebook events — a figure that may well have resulted in larger turnouts due to the intentionally vague banner under which the marches were organized, attracting national and regional campaign groups (images were found in the Telegram channels for multiple U.K. anti-lockdown groups).

Analyzing 20 “World Wide Demonstration” protest groups on the day of the first protest revealed some 8,455 unique members, around 10 of whom were members of 15 or more of the groups. At least 13 of these Telegram groups were set up within the same hour on February 28; another five had been set up four days earlier. Between these two dates, one user was updating the Freie Bürger Kassel group chat “Wow, we are growing!” they wrote uncharacteristically in English, “This is unbelievable!” The post and one that followed was sharing the World Wide Demonstration Facebook and Instagram pages.

Among the first few messages in each of the channels assessed were from the same group of people and often included “if you want to organise something for your country please direct message,” and encouraged users to share the Facebook event link with locals.

Two days before the scheduled May 15 protests, those same 20 groups had amassed more than 25,000 total members. The invitation link to their “hub” Telegram group has been shared, at least publicly, 3,118 times across their own Facebook events and beyond. The predominant rallying hashtag #wewillALLbethere has been shared 7261 times in the past 30 days. This data, however, is from CrowdTangle, meaning that further spread through private groups and pages could be far greater.

Map showing all territories the World Wide Demo events have been planned for on either its website, Telegram groups, or Facebook pages.

The structure of this effort closely resembles that of the QAnon-adjacent Save Our Children and Freedom for the Children UK rallies whereby a centralized group would generate the event first, with a view to fill it with an admin and local organizer later. This led to scattershot marches united predominantly in anger and conspiratorial beliefs.

Indeed, in the case of the groups, a breakdown and analysis of their Telegram group chat revealed that QAnon beliefs, along with antisemitism, ranked among sentiment in messaging. Naturally, in groups designed to oppose pandemic restrictions, the conversation quickly turns to fringe concerns befitting of their QAnon affinity and outright conspiracy such as masks being harmful or a control device, vaccines being dangerous or deadly, and the danger of the pandemic being grossly overstated. Outright denial that COVID-19 exists is also common.

A press release for the initial protest outlined the groups a “massive, united, and peaceful community” who wanted to “stand up and demand an end to the current restrictions and authoritarian control measures.” The release also claimed that “we have had our bodily autonomy violated by mask mandates, and plans to mandate Coronavirus Vaccinations are being rolled out internationally.”

Verily, the aims of the protest and the reality of it differed. The March 20 protest in Kassel, organized at home by the same group, resulted in violence, with protesters attacking police officers. “This is not what a peaceful protest looks like,” the local police force tweeted.

Given the structure of the movement, groups “splintering” take on their own regional issues is also a risk. In the graph below — a Twitter pull for accounts using common hashtags and terms for the rally used by the movement — the large swathe of red reveals how the Canadian part of the movement has started to dominate the conversation on Twitter, in large part due to its adoption and endorsement by Maxime Bernier and the People’s Party of Canada (PPC).

The most connected account, news24wide, replies and retweets PPC accounts, in addition to coronavirus conspiracies and U.S. election fraud conspiracies. There are three official PPC accounts in this data pull, including the party account for Midtown Toronto, promoting the rally.

The darker blue section of the graph near the bottom shows a number of accounts targeting Premier of Ontario, Doug Ford, after announcing an extension of the stay-at-home order.

The group that spawned the World Wide Rally for Freedom, Freie Bürger Kassel, also deals in conspiracy content. Both QAnon and other conspiracy beliefs appear in the messaging, as well as Islamophobia. In this group, though, members appear to push back against antisemitic comments when they’re made by others.

The group appears to paradoxically contain the sentiment that Jewish people need to be saved from the perceived threat of “mass-immigration and Islamization” of Germany, in line with a far-right narrative in the country that claims Muslim immigrants are targeting Jewish people in Germany.

These sentiments, however, are dwarfed by anti-vaccine and COVID-19 conspiracy theories, with messages comparing measures to combat the pandemic to the holocaust, declaring that Germany has a fascist government.

For a country such as Germany, which has dealt well with its horrific past and has laws in place to avoid trivialization of the Holocaust, some of the messages demonstrate a fundamental misunderstanding of the country’s history. German Chancellor Angela Merkel is often dubbed a fascist and even directly compared to Hitler. On more than one occasion, users have posted claiming that the Nazi party was “left-wing.”

To Germans, this rhetoric isn’t new. At the end of last year a young protester who introduced herself “Jana aus Kassel” compared herself to famous Nazi resistance fighter Sophie Scholl, resulting in national and international outrage and condemnation by German Foreign Minister Heiko Maas. Maas said the comments "mock the courage that it took to show resistance to the Nazis" and “trivialize the Holocaust and show an unacceptable historical ignorance.” In the group, people jumped to defend the Jana, claiming that the backlash resulted from “media propaganda.”

It’s easy to imagine that anti-lockdown protests are an organic and understandable reaction to the uncertainty and restrictions that came along with the pandemic. At least in these later instances, however, this is not the case. As is always the case with these kinds of protests, a major risk is that they attract conspiracy newcomers and lead to further radicalization.

Freie Bürger Kassel did not respond to a request for comment.

This article's header image is from the City of Toronto Archives