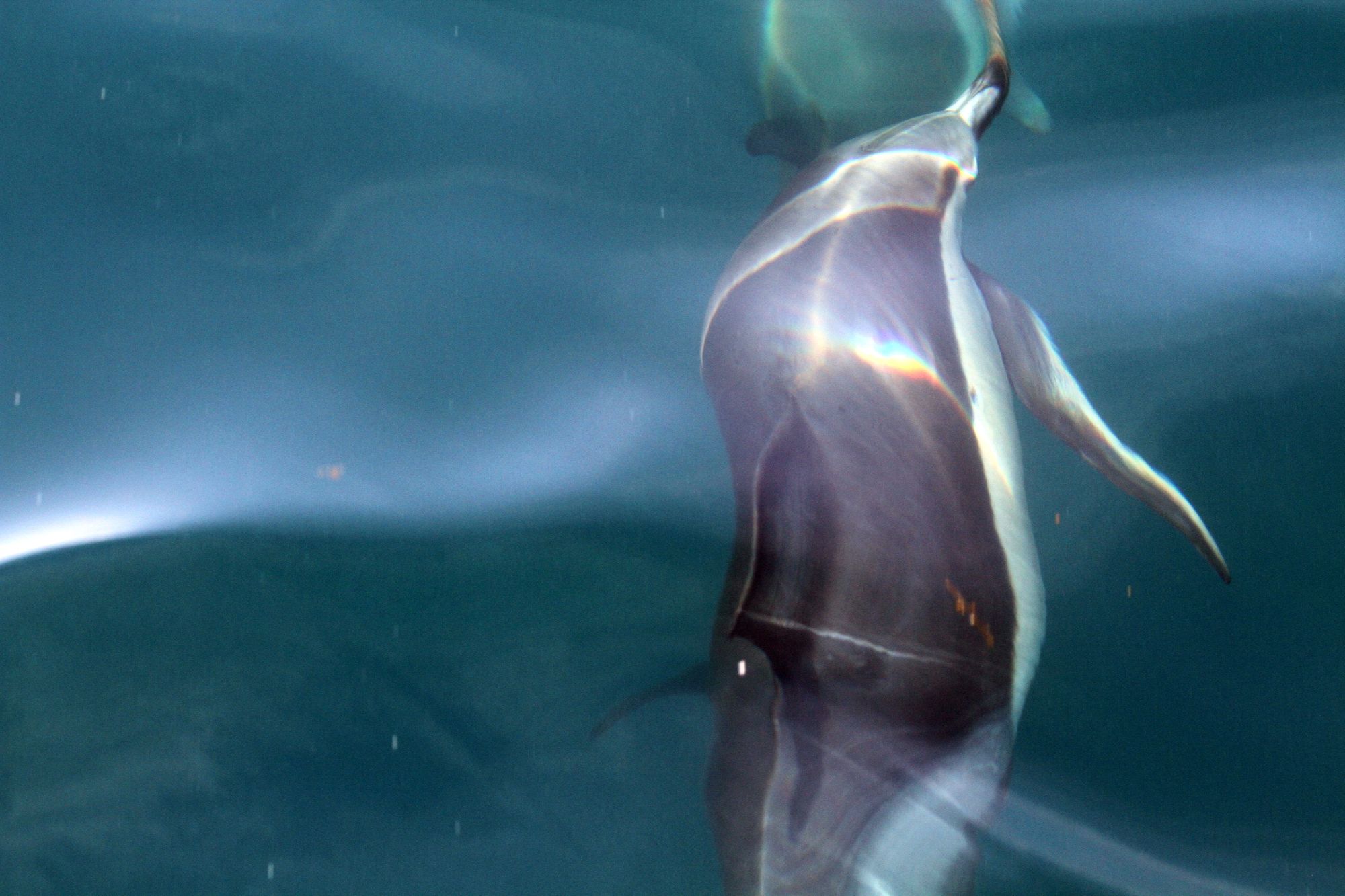 In Hereford Cathedral in England, there is a cloth map that is regarded as one of the best examples of a medieval map of the world preserved today. Known as the Mappa Mundi, the map depicts what was understood in the fourteenth century to be the known world. Jerusalem takes the central position, surrounded by the western world, with Africa and Asia further out. At the very edges, literally in the margins of the world, are bestial, semi-human creatures; men with no heads, or with the heads of dogs, riding on goat-like beasts. Close by are other examples of better-known animals, a camel, a lynx, and an elephant. The human world is in the centre, looking out, relieved perhaps that by laying down the distant and exotic species in ink on cloth, they’d managed to put them in their place – at a safe distance.

1000 miles away, and seven centuries later, Venice is in lockdown. As the citizens of modern-day Italy shelter in place to curtail the spread of coronavirus, stories have begun to spread on social media of animal sightings. A tweet claiming that dolphins and fish were arriving in the canals and harbor of Venice was retweeted 12,000 times, and liked almost 37,000. Even more viral was a tweet suggesting that swans were ‘returning’ to Venice’s waterways as a result of the lockdown: one million people have liked that one.

The trope of animals ‘returning’ to former habitats because of reduced human activity isn’t limited to Italy though. India, also in lockdown, was the location for a post about the critically endangered Malabar civet, last sighted in the 1990s but apparently strolling casually across a pedestrian crossing in the town of Meppayur.

One by one, these posts were debunked. The swans in Venice’s canals are actually a common sighting in Burano, the island in northern Venice where the photos were taken – their presence is unrelated to the reduced human activity during lockdown. The dolphins weren’t in Venice but in Sardinia, hundreds of miles away in the Mediterranean Sea, where again - they’re a regular occurrence and not a result of lockdown. Similarly, the fish seen in the canals have not ‘returned,’ they were there all along, but the bottom of the canals are now no longer churned up by the motorized water traffic, so they were once again visible. The critically endangered civet in India was quickly identified as a normal, non-critically endangered, small Indian civet.

The COVID-19 lockdown is by no means the first time that fake animal sightings have coincided with cataclysmic events. In 2017, after the category 4 storm Hurricane Harvey devastated Texas and Louisiana, a photo circulated online supposedly showing a shark swimming down the freeway in Houston. The photo was fake, the shark had been lifted from a beautiful shot taken by National Geographic photographer Thomas Peschak of a great white trailing a researcher on a kayak. It was actually at least the third time the faked version of the photo had come up, each time with a different explanation as to its provenance. In 2011, the shark was swimming in a car park in Puerto Rico following Hurricane Irene. In 2015 it turned up in a shopping mall in Kuwait, having apparently escaped after a tank broke. The greatest viral reach the shark photo attained was definitely as a result of the 2017 hurricane, with 124,000 likes on twitter. By 2017 it was clear that the magnitude of the storms in the North American hurricane season was increasing as a result of climate change. The supposed presence of a shark swimming inland had taken on a more sinister meaning. Where before it represented a quirky novelty, when the photo resurfaced in 2017 it came as a harbinger of further climate collapse. Nature had started to encroach ever closer as the increasingly dramatic effects of global warming threatened society.

Like creatures in the marginalia of the Mappa Mundi, these fake animal photos show that we still understand nature as something distant, circling around us – human activity pushes it back but if there’s enough disruption, a big enough storm, or a once in a generation event like a pandemic, it will gradually start to creep back in. The fact that these photos have to be faked, however, is a reminder that things aren’t so clear-cut. The swans were there all along, and the Malabar civet probably isn’t coming back any time soon, because human society and the natural world aren’t laid out like separate countries on a map; for good or ill they are completely intertwined. What is good for human beings, and the good of non-human nature are not opposed in a zero-sum game. This underlying understanding of humanity’s relationship to the natural world is arguably more misleading even than the faked photographs themselves, and is partially what allows the ‘nature is returning’ trope to repeatedly take hold.

Against the backdrop of the coronavirus pandemic, conspiracy theories seem to be undergoing something of a renaissance: 5G towers have been burned down, various cures have been touted, and eventually some people even started talking about the end...

A supermajority of Mapbox’s U.S. employees — 147 out of 222 — announced their intention to form a union, filing with the Communications Workers of America last Tuesday. The membership cuts across all roles and departments throughout the country....