A Tale of Two Takedowns 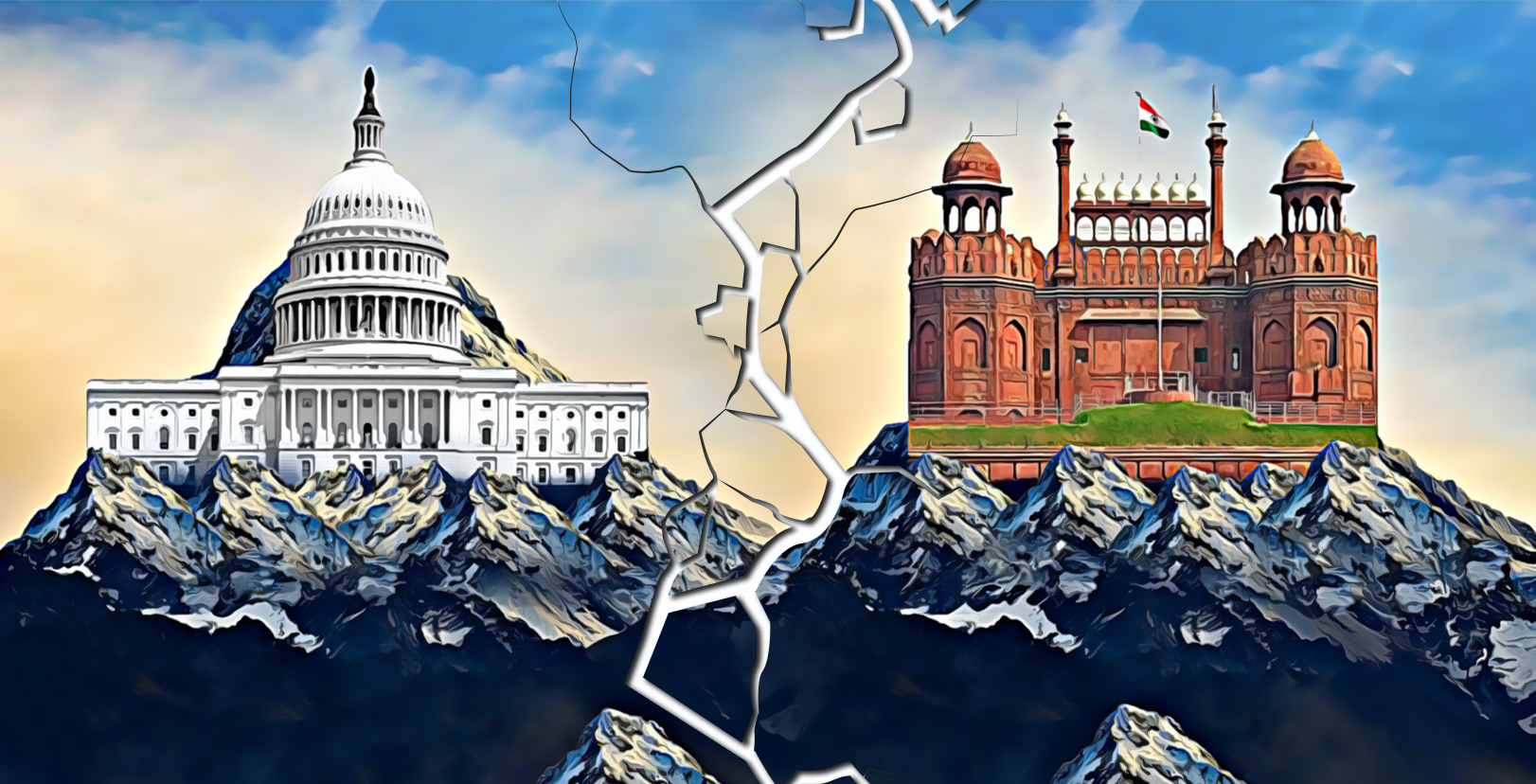 On February 11, India’s Information and Technology Minister Shri Ravi Shankar Prasad made a speech about the Indian Government’s recent stand-off with Twitter. He stated that while social media platforms were respected for the revenue they bring into the country, strict action would be taken against them for non-compliance with government regulations. He further claimed that social media companies were guilty of hypocrisy by refusing to liberally censor accounts associated with the recent anti-farm bill protest at the Red Fort, which turned violent, in the way which they did following the riots at Capitol Hill.

The comments came after the farmer protests intensified in late January, and the Ministry of Electronics and Information Technology (MeitY), issued several blocking orders to Twitter from February 1 to February 10 under Section 69A of the Information Technology Act. The majority of these tweets and accounts used the controversial hashtag #ModiPlanningFarmerGenocide, which Indian law enforcement deemed inflammatory.

While Twitter took action against many of the accounts — including permanent suspension — they also exercised discretion. A few accounts were initially withheld in India before later being restored, though they remained available in other jurisdictions. In response to this, the MeitY issued a non-compliance notice to Twitter. In a statement, Twitter explained that they have taken action on hundreds of accounts that violate their platform’s rules such as incitement of violence, abuse, wishes of harm, and threats that could risk offline harm. The company also went on to clarify that it did not believe that the request to block some of these accounts — which included some news media outlets, journalists, activists, and politicians — were justified under Indian law and that this request was inconsistent with the company’s commitment to defending protected speech and freedom of expression.

The storming of Capitol Hill and the Red Fort incident have similarities. In both, members of the public attacked public property, turned violent, and clashed with law enforcement. However, their motivations both online and offline differ greatly. The farmers protesting in India want a rollback of laws that have been passed by the Indian government without their consultation. The mob that stormed Capitol Hill on January 6 were far-right conspiracy theorists who erroneously believed an election was rigged.

Twitter and Facebook’s response to the storming was to deplatform the U.S. president. They also used Section 230 of the Communications Decency Act 1996, which allows tech platforms to protect free expression on the internet by shielding internet companies from liability for the content their users post on their platforms and granting companies legal immunity for good faith efforts to remove problematic content.

This directly contrasts with section 69A of the Information Technology Act of India, which gives unfettered powers to the government to issue directives without even approaching a court first. Section 69A (3) even states that those intermediaries that fail to comply can face up to seven years of jail time. In the U.S. on the other hand, Section 230 of the Communications Decency Act allowed for a large degree of freedom of expression in letter and spirit, becoming known as the enabler of the growth of the internet in its early days.

Contextual understanding is not the whole problem for Big Tech

Platforms are increasingly dialling up their efforts to remove problematic content, however, the question of principle varies from one jurisdiction to another. Tech companies have been criticized for their response time around removal and censorship of content across jurisdictions. This is because tech companies regularly operate outside of the countries in which they were founded, and as such can run into problems ascertaining what constitutes a threat within one jurisdiction versus another. Global threat detection throws up complex and sensitive issues that demand an understanding of context, language, and timing. It was only in late December 2020 that Twitter flagged content in India as manipulated media following the responses to the farmer protests.  Manipulated media and false information have existed on the platform for much longer.

Facebook itself admitted that a delay in content removal on the platform aggravated the Rohingya crisis in Myanmar and a lack of understanding of the Amharic language might have even led to violence in Ethiopia has demonstrated the need for a localized understanding of the problem.

However, a local understanding of the problem does not necessarily mean that tech companies are free to uphold the principles of free speech. Free speech as a constitutional construct differs greatly in the United States (the home of many of these tech companies) compared with  the construct in India and other countries.  Free speech in both countries comes with limitations, but the political ethos in India makes the limits of free speech narrower than in the U.S.

Former President Donald Trump’s tweets are the perfect example of the extent to which Twitter allows for free-speech on its platform.  The former President’s tweets before the events of 6 January broke the platform’s rules countless times, but it was only after the events of January 6th that they took down the account. In India however, fragile sensibilities coupled with laws that limit freedom of speech are used to clamp down on cartoonists, comedians, and activists whose discourse is far from incitement to any kind of violence.

To moderate or be moderated

In its current stand-off with the Indian government, Twitter is positioned as the champion of free speech while facing threats of action from the Indian government. In response, on 25 February 2021, the Indian government introduced its new internet rules called “Intermediary Guidelines and Digital Media Ethics Code.” These rules severely restrict freedom of speech and expression, freedom of the press, and user privacy. They also seek to undermine the security of encryption platforms and enable government censorship by directing intermediaries to compulsorily remove, disable, or remove access to content that is indecent, immoral, or unlawful.

Regulations such as these are rarely welcomed by American tech companies like Twitter, who prefer to rely on internal policies and moderation, which in the case of US based companies have been developed against the background of very strong free speech protection laws. This is not to say that tech companies are without fault. Facebook — whose former Indian public policy head Ankhi Das’s bias towards the ruling party hindered removals of content that clashed with Facebook’s hate speech policy — may simply turn a blind eye or cooperate with governments, given the incentives to protect large business interests that come with operating internationally.

The appeal of social media in its early days was the freedom and the lack of regulation that the space offered; however, when monetizing for sustainability became a business necessity, governments have increasingly seen opportunities to control these companies by threatening to remove them from their market altogether.

As a response to Twitter's refusal to suspend some accounts the Government of India deems a threat, it has decided to promote “Koo” a copycat microblogging site as the alternative primary platform for communication. The app is ten months old and refuses to moderate any of its content. A lack of content moderation can cause problems as observed with alt-right friendly platforms like Gab and Parler, which created extreme echo chambers which in turn contributed to real-world violence. The Indian government’s choice to promote Koo as a “more free” alternative to Twitter shows how some tech companies stand to benefit from alliances with geo-political actors when ideologies align — but on today’s internet, small new platforms like these also risk being crushed beneath the wheels of tech juggernauts such as Twitter and Facebook.

Tech companies today operate in a state of fundamental tension between their business interests, which are best served by cooperating with governments, or their status as apolitical platforms for free communication, risking massive losses to revenue.

These conflicts bring us closer to the reality of a splinternet, a theory of the internet where variables such as commerce, politics, and competing national interests divide a once free and open World Wide Web into balkanized or separate zones. The application of differing principles creates a system where users experience the internet differently depending on where they’re accessing it from. This threatens to defeat the purpose of the free flow, borderless communication and information exchange that the internet was intended to provide in the first place. Whether we’re there already or standing on the precipice, the 1990s’ dream of a free internet as a force for only good in the world seems very far away now.

Conspiracy theorists love a catchy and emotive catch phrase, and “love jihad” is no exception. For the uninitiated, love jihad is a far-right conspiracy theory that was first floated by Hindutva groups in the south Indian states of Kerala and...

Gems Of Bollywood: The Crown Jewel of Bollywood Disinformation

By Ilma Hasan and Ishaana Aiyanna